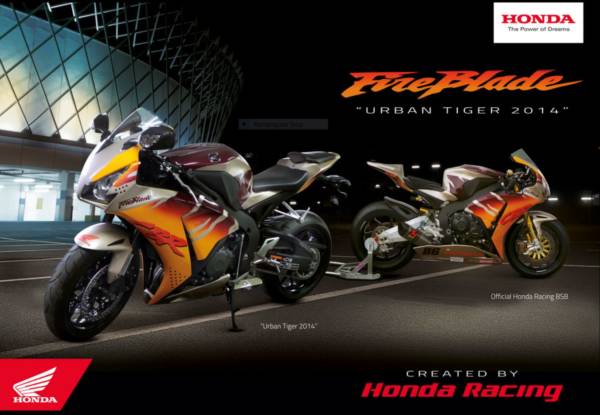 The original Honda Fireblade Urban Tiger was an offering of year 1994. It carried a minor model change over the outgoing model, namely a switch in the headlight design. It also possessed a gorgeous-looking paint combo of Orange-and-Black. However, we wouldn’t be so sure if it bears some resemblance to the striped coat of a tiger. We leave that to you.

To build on the nostalgia value, Honda has started offering an “Urban Tiger” version of its latest-spec Fireblade. It was unveiled at this weekend’s British Superbike round at Snetterton. It was raced around the track by Julien Da Costa as a wildcard entry. This pricier version will cost you £13, 299, and it will be available in July. Neglecting taxes and import duties and going by just the exchange rates, we find out that this will equal nearly 14 lakhs INR! Holy cow….err, tiger!! 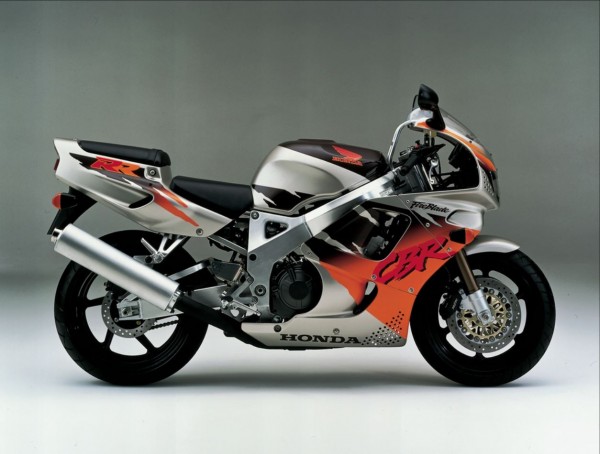 The icing on the cake is that the Honda Fireblade Urban Tiger will come fitted with an Akrapovic end can. So, it isn’t really a dull deal involving shinier paint and some new decals, is it?

However, it does showcase the strategy utilised by manufacturers all over the world. You have a model that is getting a bit long in the tooth. You can almost guarantee that they will be refreshed by changing decals and paint schemes. In utmost cases, a long-lost identity or brand will be summoned to lend the model some more sheen. The Honda Fireblade Urban Tiger is exactly a case of that.

Still, it does look good to the eye, doesn’t it?