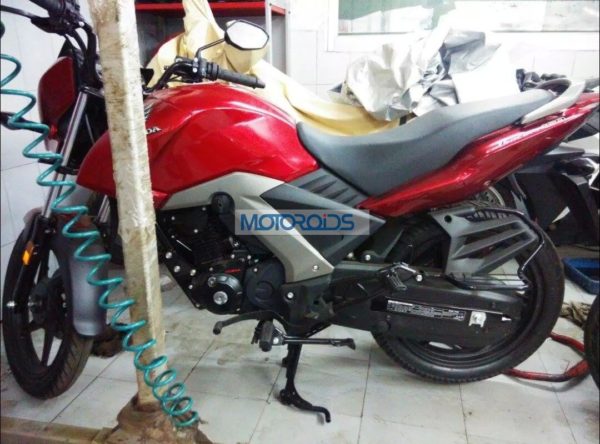 The highly awaited Honda Unicorn 160 will be officially unveiled on December 18, 2014, says the Japanese two-wheeler major. This upcoming motorcycle will be an upgrade to Honda’s best selling 150cc CB Unicorn. The motorcycle, however, borrows most of its design cues from the CB Trigger than from the CB Unicorn.

In terms of design, the tank resembles the design of the Honda CB Unicorn but now comes with the addition of tank shrouds which hold the 3-D Honda emblem. The side panel appears to be a redesigned unit from the CB Trigger. A small choke switch peeping out from under the fuel knob on the left side of the engine indicates a carbureted unit instead of a fuel injected one. 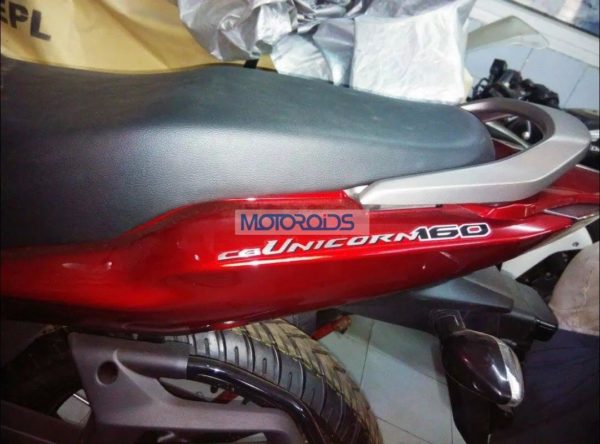 We expect the 160cc single-cylinder air-cooled engine to put out about 14 hp of power and the same number of torque. The engine, as mentioned above, will be a carbureted unit. Prices are expected to range between Rs 70,000-80,000. Once launched, the new CB Unicorn 160 will compete against the Yamaha FZ series, Suzuki Gixxer, Hero MotoCorp Xtreme.

Do you think the new CB Unicorn will be as successful as the current model? Share your thoughts and opinions with us through comments below. Stay tuned to Motoroids for more updates from motoring world.