Ford took everyone by surprise last year after it launched the Mustang GT in India for a mouth-watering price INR 65 lakh (ex-showroom, Delhi). No wonder that all 100 units of the car allocated for the region were sold within days of its launch. The 2018 Mustang is rumoured to arrive in India next year, and boy oh boy, does it get better! 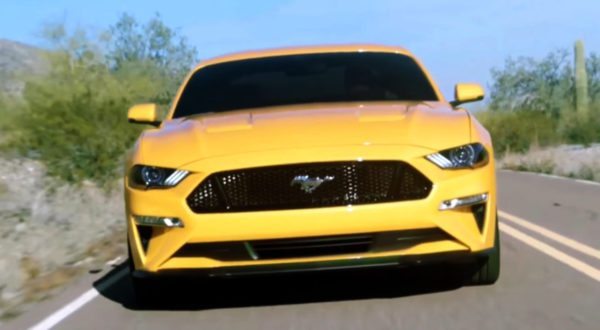 If you weren’t convinced on the facts and figures of the 2018 Ford Mustang GT, this new feature is probably going to be the reason you might just change your mind. Ford Motor Company recently announced the introduction of a new feature in the next generation Mustang, a pulsing red start-stop button.

You may double check if you think you’ve read wrong but luckily, you haven’t. The new Mustang will have a start-stop button that would mimic the heart rate of a resting adult pony. This heartbeat stands at 30 beats per minute.

In an official announcement, Ford said that among many updates on the new Mustang, the start button pulses red when the door is unlocked and until the engine is started – giving the Mustang a heartbeat of sorts.

Go ahead share this crazy news piece with your friends but let us warn you in advance that with today being April fool’s day, Ford just might be pulling a fast one here (pun intended). You wouldn’t be the only one hurt here in that case, trust me.