Ace cricketer Karun Nair becomes the latest celebrity to own the new Ford Mustang GT. Karun, who hails from Jodhpur, shot to fame only recently when he converted his maiden century into a triple century, by scoring an unbeaten 303 against England in his third test match. By doing so, he became the third player in international cricket to accomplish this feat.

The triple centurion proudly displayed his new, red Ford Mustang on Twitter as ‘My Valentine’. What’s more, he even got a personalised registration number for his pony car that celebrates his triple century. 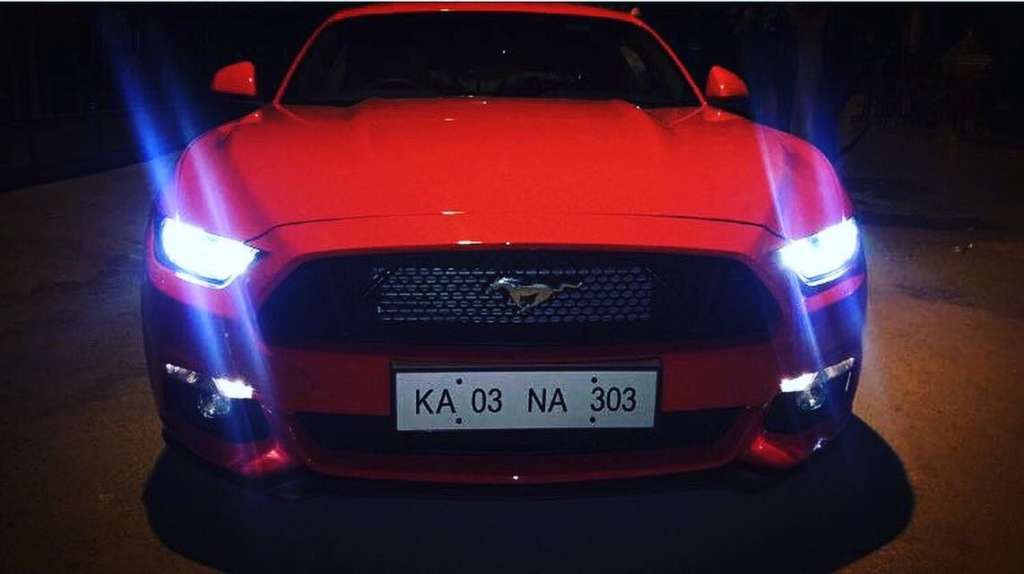 Ford India had launched the sixth-generation Mustang GT last year for INR 65 lakhs (ex-showroom New Delhi). In a matter of months, all units allotted for India in 2016 were sold out. The Mustang GT’s naturally aspirated, 5.0 litre V8 petrol engine is good for 401 PS and 542.3 Nm of torque.

All that firepower allows it to sprint from 0 to 100 kph in just 4.5 seconds, and on to a top speed of 250 km/h. Power is sent to the rear wheels using a six-speed automatic transmission with shift paddles on the steering wheel. The Mustang even comes with a Line Lock function for smokier burnouts.