As we already know, the Ford Mustang is nothing short of an American motoring icon, as it has been on sale since 1965 and has seen six generations of production and received a huge number of variants. So, following the footsteps of the new-gen Shelby Mustang GT500, Ford, recently unveiled the 2020 Shelby Mustang GT350R, which gets a bunch of new performance and technology features, along with different paint schemes from its elder brother to make it more fun to drive on and off the track. The new-gen Shelby GT350 also carries over previous updates, that include aerodynamics and chassis technology. 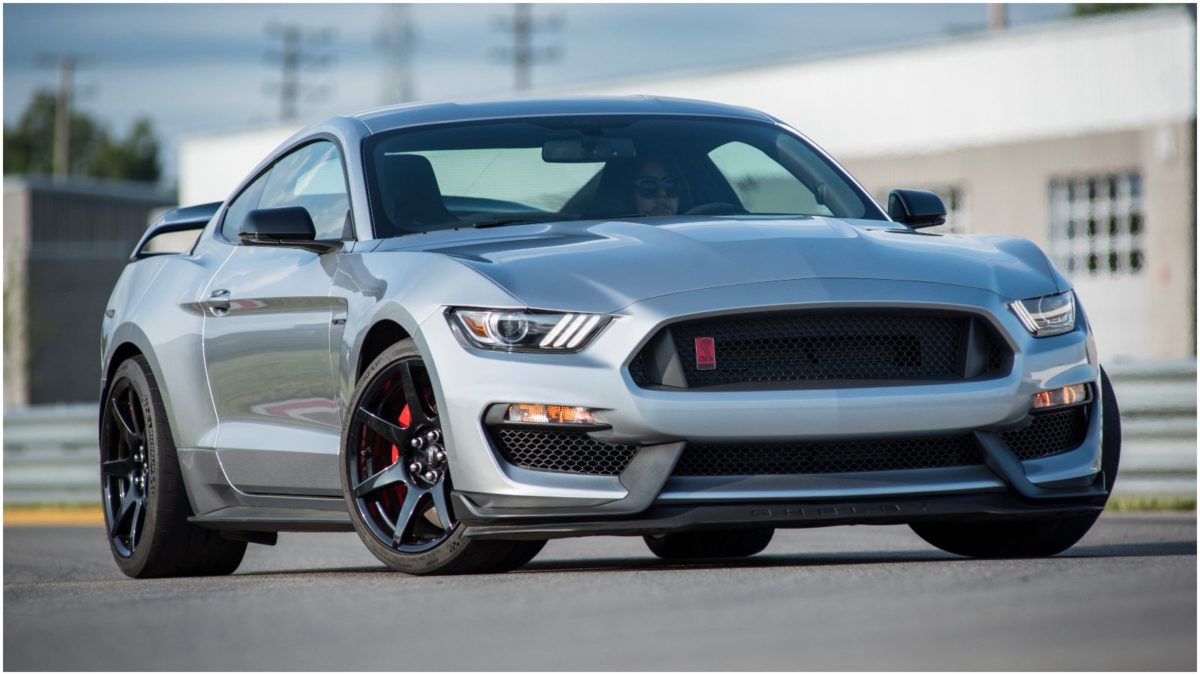 Talking about overall performance and handling, Ford claims that the new GT350R gets a new redesigned front suspension system from the new-gen Shelby GT500, along with a new steering rack and recalibrated electric power steering control for an enhanced driving experience. The American sports car also reduces weight, thanks to the deletion of the rear seats, addition of the carbon fibre wheels and the larger front splitter and rear wing. The exhaust resonators also have been removed for weight savings with the benefit of creating a sharper exhaust tone. 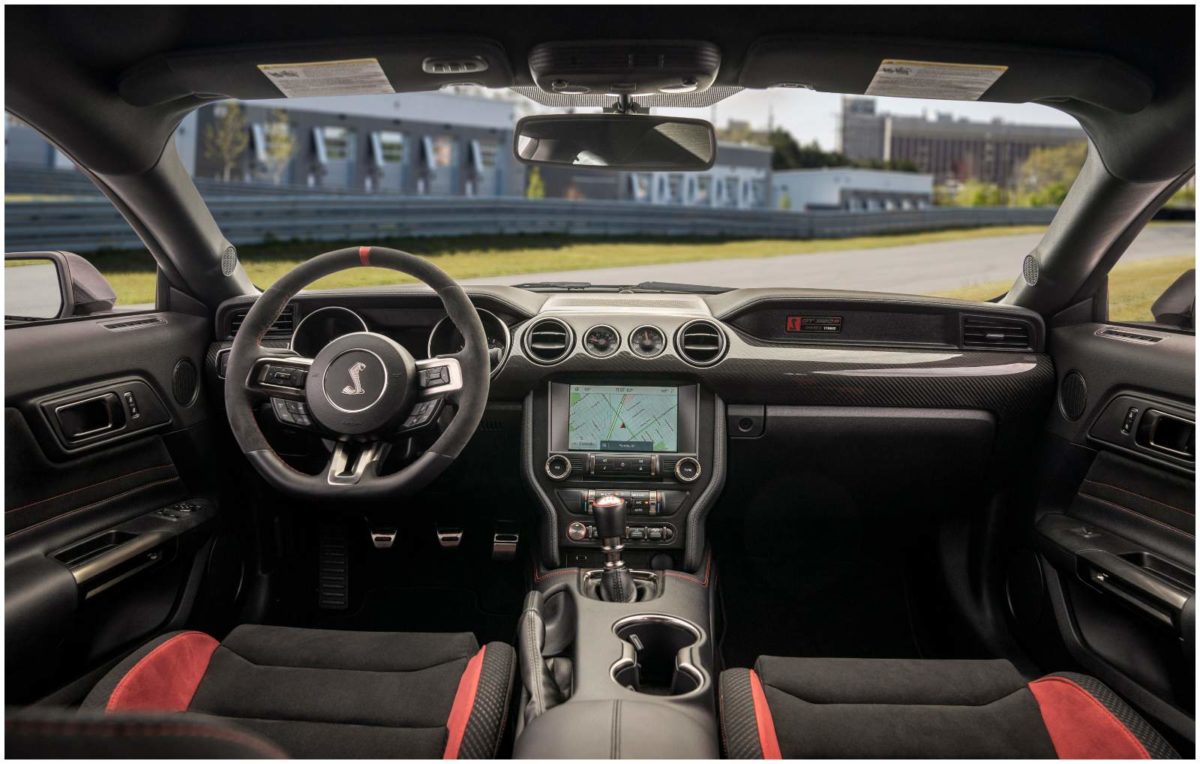 In terms of Interior, Ford also offers the GT350R with a Technology Package with a 12-speaker B&O premium sound system, Blind Spot Information System with Cross-Traffic Alert, Cobra Puddle Lamps and voice-activated navigation. The car also gets high-contrast red stitching, a Shelby GT350R badging and the D-shaped steering wheel fitted with a red centre mark at the top. Talking about the exterior, the car gets a new set of red-painted brake callipers and red pin striping at the edges of the optional over-the-top racing stripes and Shelby GT350R badging. 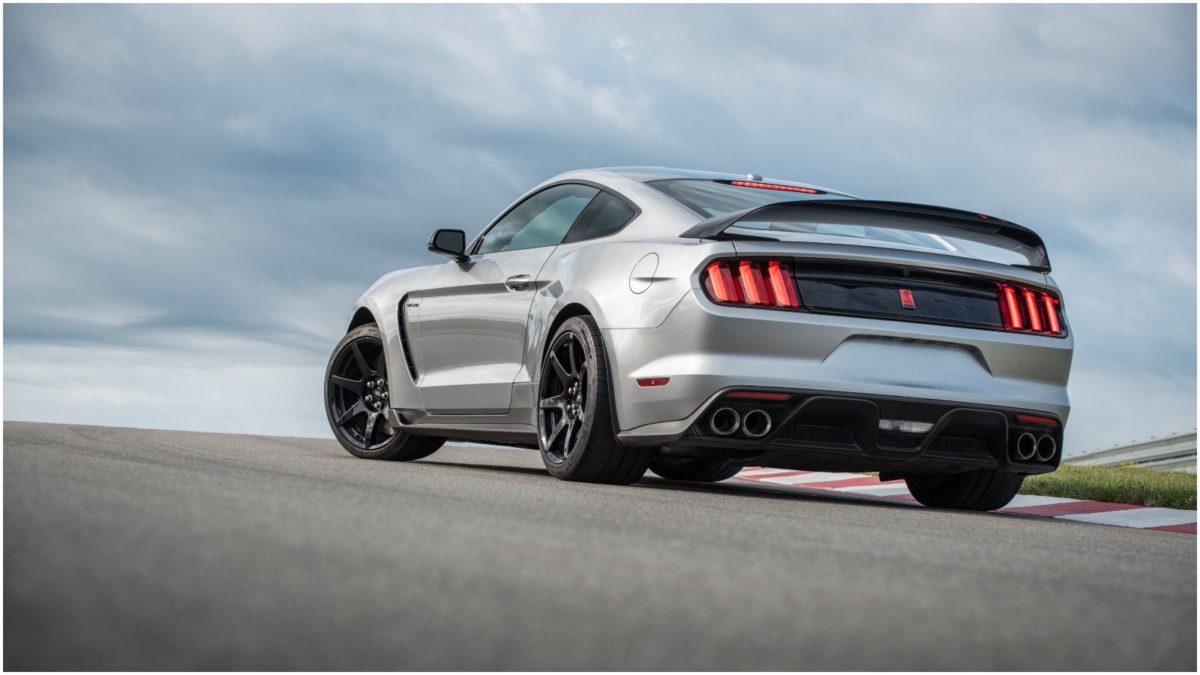 Also Read: Have A Look At Ford’s Latest TVC In The #DiscoverMoreInYou Campaign

GT350 also shares some new Mustang colours and new driver technologies, with its elder sibling. The 2 new paints schemes are: Grabber Lime and Twister Orange, which are two bright, new heritage feature colours that trace back to the 1970s, while the new Iconic Silver and Red Hot Metallic provide some classic hues to the lineup. “It’s always been our plan to take the latest innovations from the GT500 program and strategically apply them across the Mustang lineup,” said Ed Krenz, Ford Performance chief program engineer. “These latest updates to the GT350R keep its performance competitive and on the top of its game, whether that’s on the track or on the street.”