In the wrong hands, the Ford Mustang can be a bit of a handful to drive. With 401 PS of power being sent to the wheels, a boot full of throttle can see you careen out of control and into the bushes; unless you know what you’re doing.

Something similar happened in Chandigarh, when a brand new, yet to be registered, red Ford Mustang GT rammed into a Bajaj Discover motorcycle. Now its not clear yet who was at fault here, so we’re not allowed to take a dig at the pony car’s driver. But the crash seems serious, and is the second reported fender bender involving the Mustang in India. 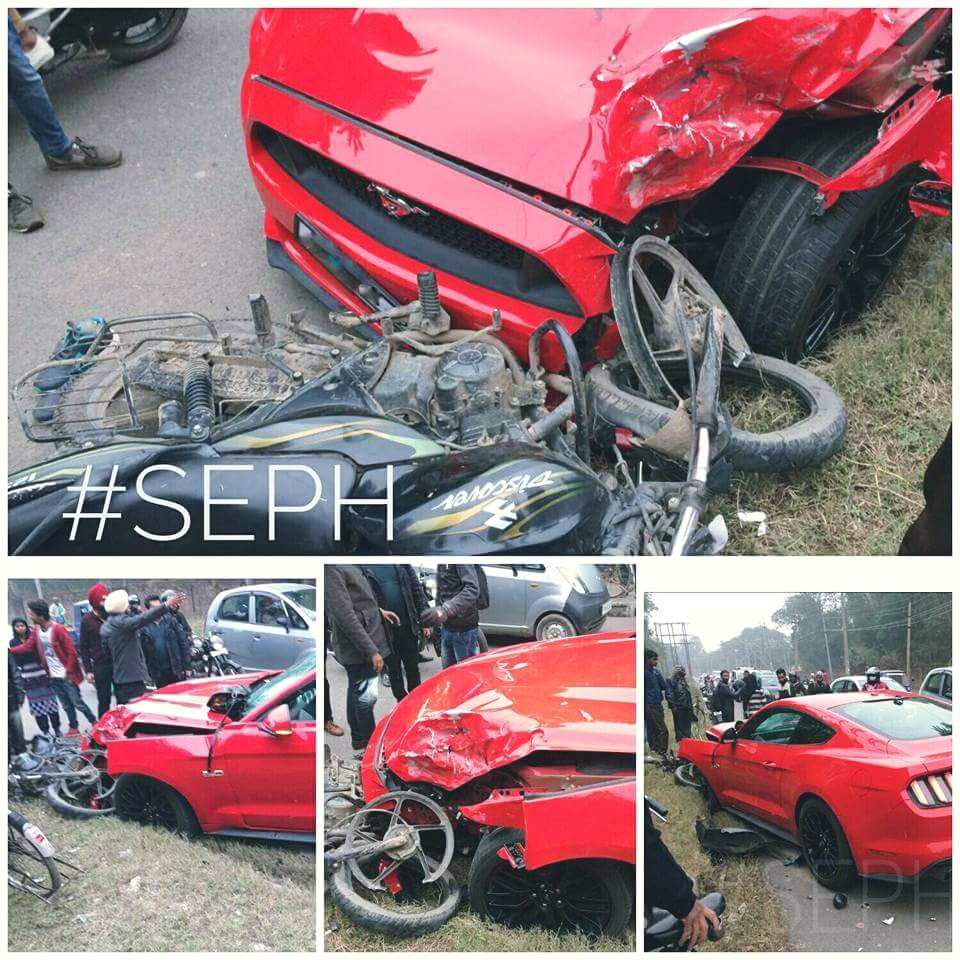 Unfortunately, the smashed windshield of the Mustang suggests that the motorcycle wasn’t stationary, but it was being ridden. The rider must have been flung off his ride by the impact and hit the car’s windshield. We hope a speedy recovery for him/her.

Also Read – Somebody has already crashed a Ford Mustang in Mumbai

Apart from the smashed windshield, the Mustang has incurred heavy damages. The whole LHS fender has been ripped off, and the LHS wheel seems to be off as well, indicating that the crash must’ve happened at a decent speed. As for the Discover, it has been reduced to pulp. 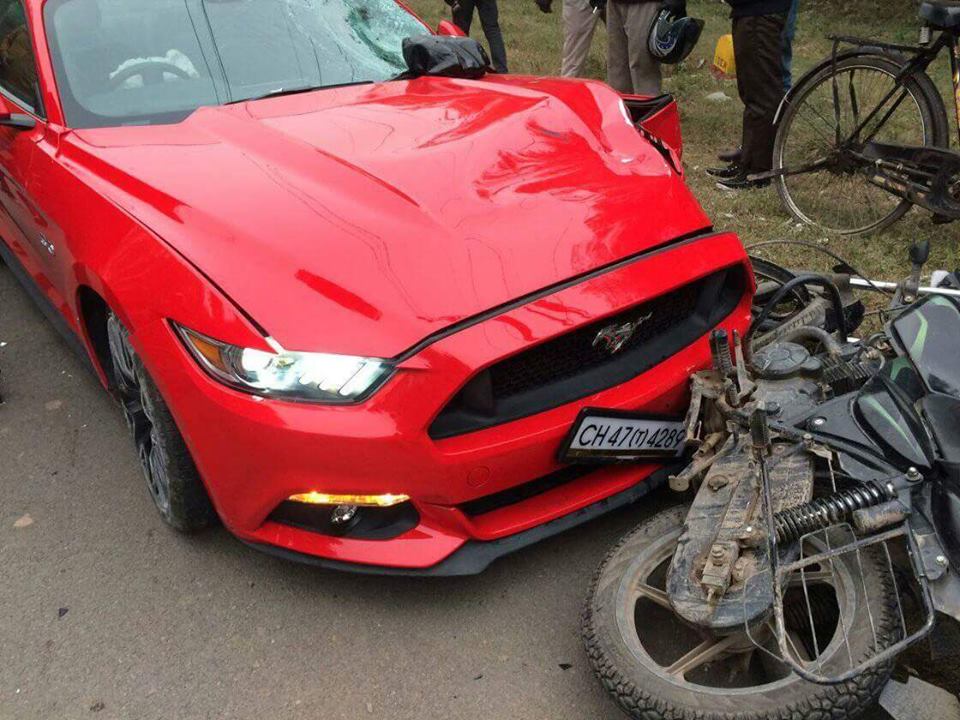 Power is sent to the rear wheels using a six-speed automatic transmission with shift paddles on the steering wheel. The Mustang GT sprints from 0 to 100 kph in 4.5 seconds, and on to a top speed of 250 km/h. Ford has also recently opened pan India bookings for the Mustang.

Images: Hottest Cars in India and Supercars and Exotics in Punjab and Haryana