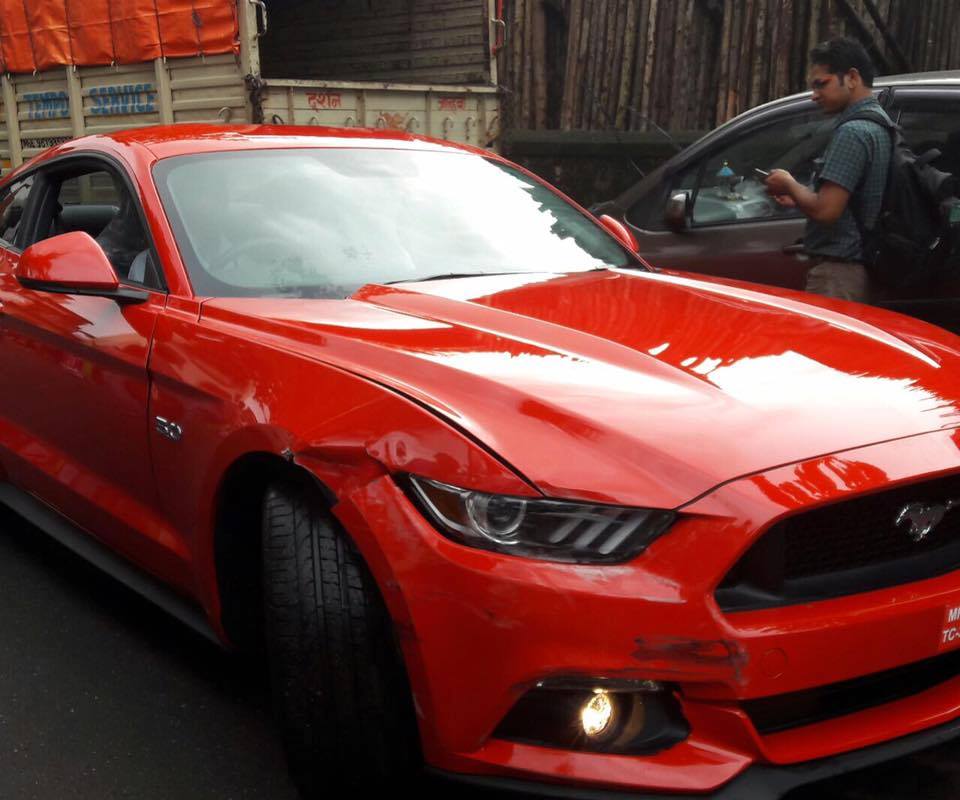 It’s barely been a couple of days since the iconic Ford Mustang has been launched in India, and one has already gotten itself into a fender bender. The incident happened in Mumbai, and word has it that the ill-fated Mustang is a demo car for a local dealership. The cause of the accident is unknown, though we suspect that it is the handiwork of a potential customer who overcooked the test drive. However, the damages incurred seem to be merely skin deep, so the vehicle is far from totalled and still lives to tell the tale. 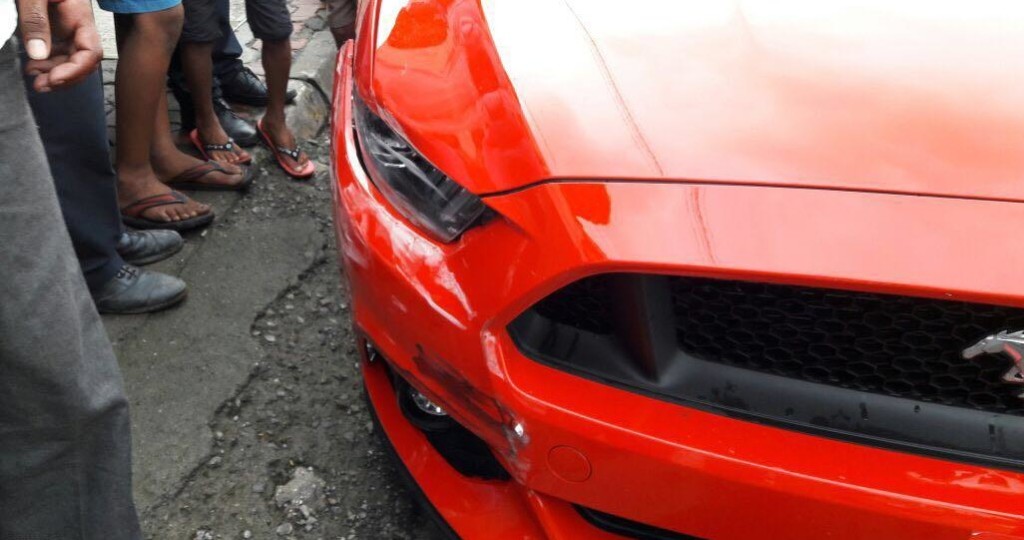 The front bumper, bonnet and the RHS front fender has taken a beating, and the visuals aren’t pleasant at all. Fortunately, the scars can be healed without much ado, and the victimised Mustang will soon be up and running. It seems like that the pony’s 401 PS strong, 5.0-litre V8 engine, along with its rear wheel drive configuration, was too much to handle for the amateur driver, and thus goes the adage – with great power comes great responsibility.

Also read: We drive the iconic Ford Mustang at the Buddh International Circuit 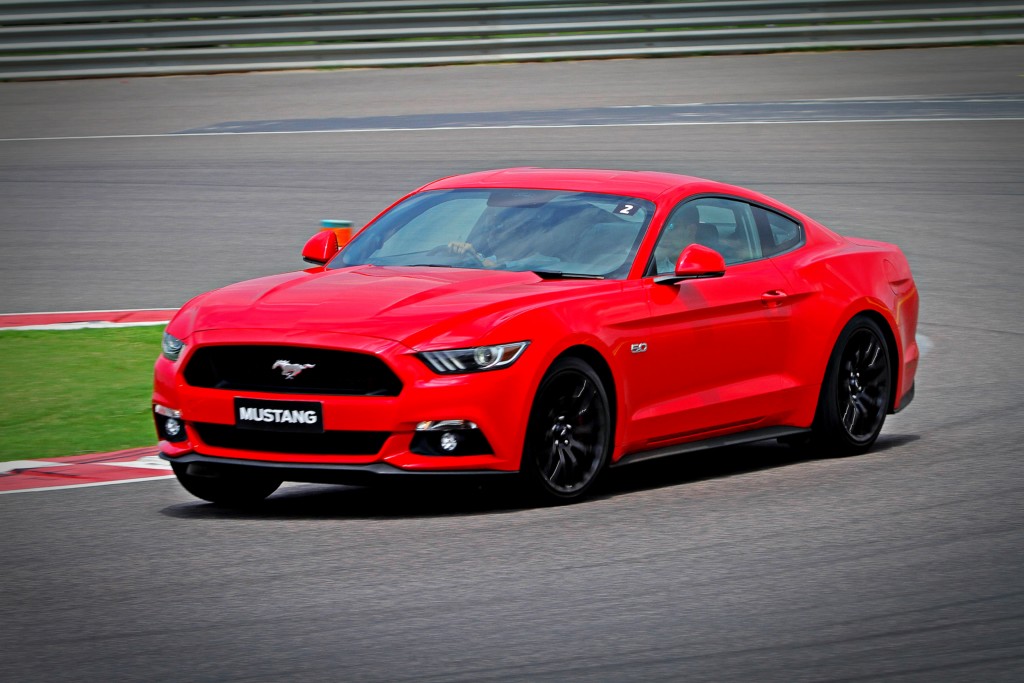 The sixth generation Ford Mustang comes to India with a 52-year old, rich lineage in tow, and was one of this year’s highly anticipated vehicles to be launched in the country. In India, it will now act as the American manufacturer’s halo car, and with prices starting at a tempting INR 65 lakhs (ex-showroom New Delhi), we’re sure they’ll sell a few more than predicted, considering its massive fan following and unmatched street presence. Ford will bring the Mustang to India as a CBU from Flat Rock Assembly Plant in the US, and it will be initially sold in Mumbai and Delhi only.