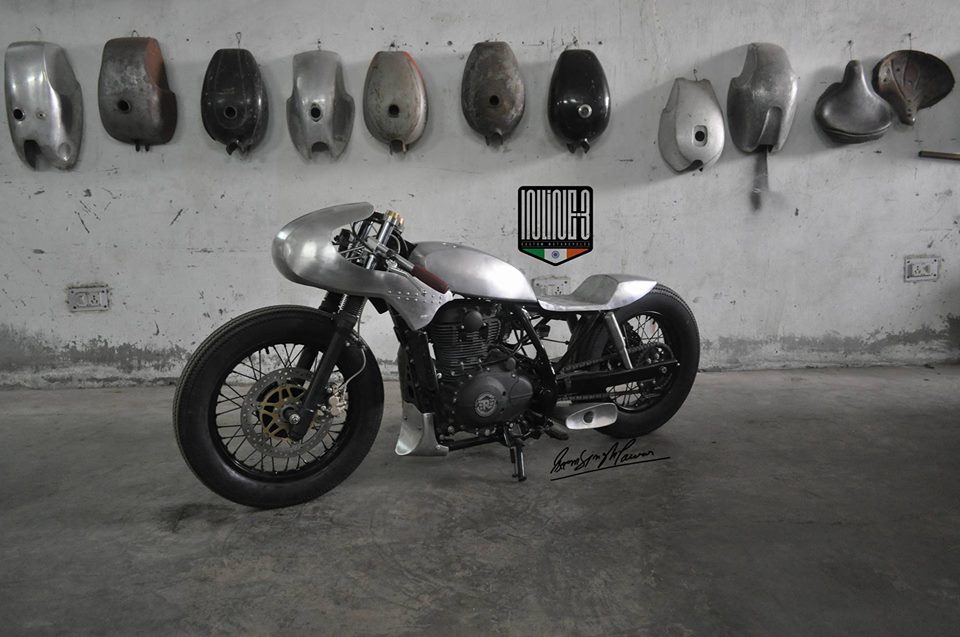 Nobody’s messed around with the Royal Enfield Himalayan yet. Expect for that nutty dude from Telengana who shoe-horned a KTM 390 motor into the Himalayan‘s frame and prayed for dear life as he rode away. The world’s first fully customised RE Himalayan was long overdue, and here it is. Inline3 Custom Motorcycles is back with their 5th build that involves transforming the Himalayan into something it was never meant to be – a salt racer. 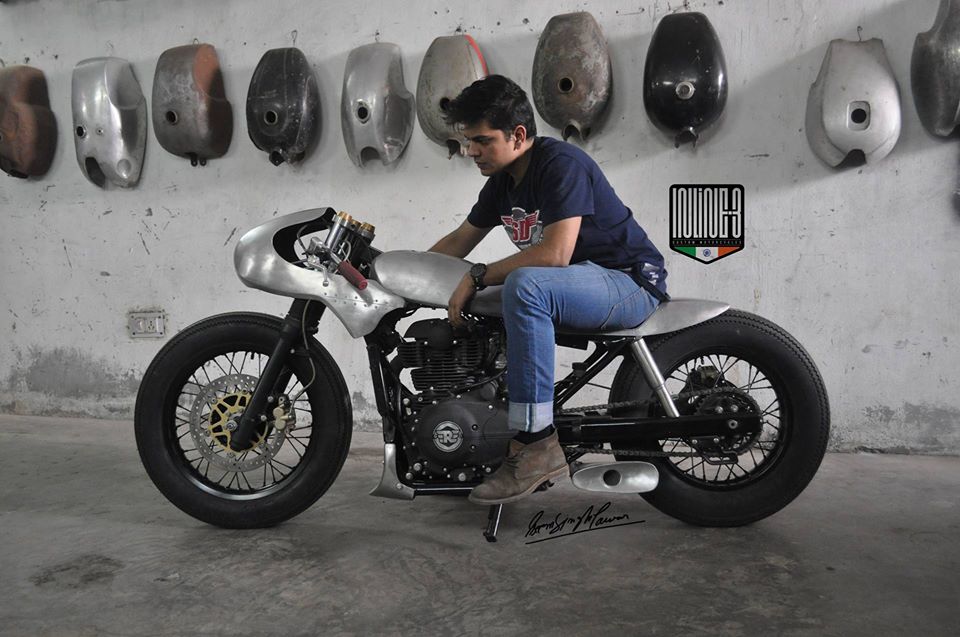 Built for South Delhi Motorcycles, the largest RE dealership in Delhi, this Himalayan salt racer is built to serve as their display motorcycle. For Inline3 Custom Motorcycles, it was an opportunity to exploit the capability of a brand new platform for custom work. The original body panels and tank were done away with, while the motorcycle has been significantly lowered to live up to its salt racer credentials.

Also read – How about a Royal Enfield Himalayan Scrambler? 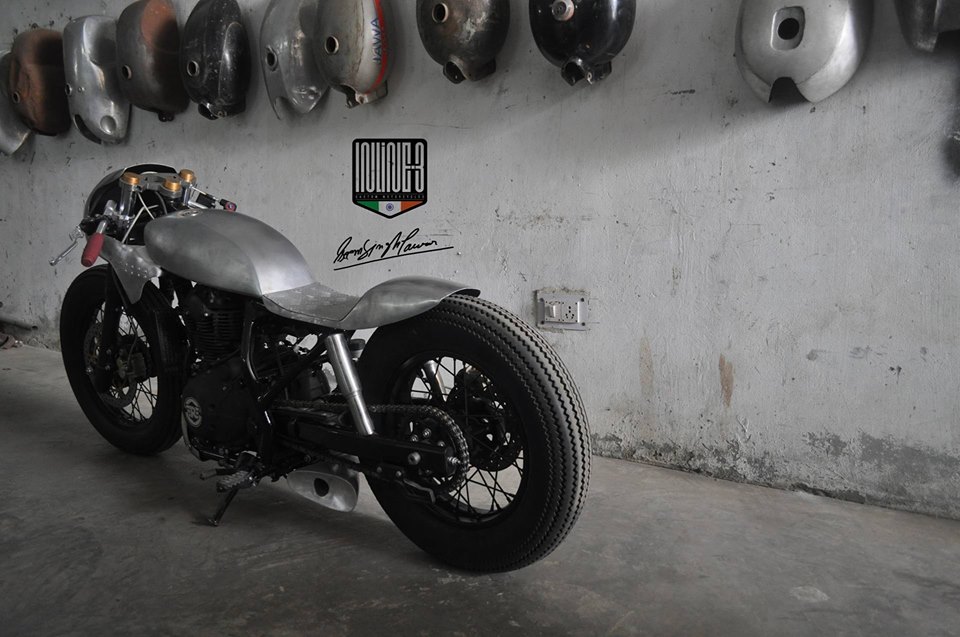 All the of the custom, streamlined body work is done in aluminium, and its not hard to imagine this thing ripping on the Bonneville salt flats, kicking up a cloud of saline dust. The front forks even have a custom stainless triple tree with gun metal studs built in, along with a pair clip-on handlebars with period grips. The extensive use of aluminium has also resulted in a weight loss of more than 20kgs over stock. 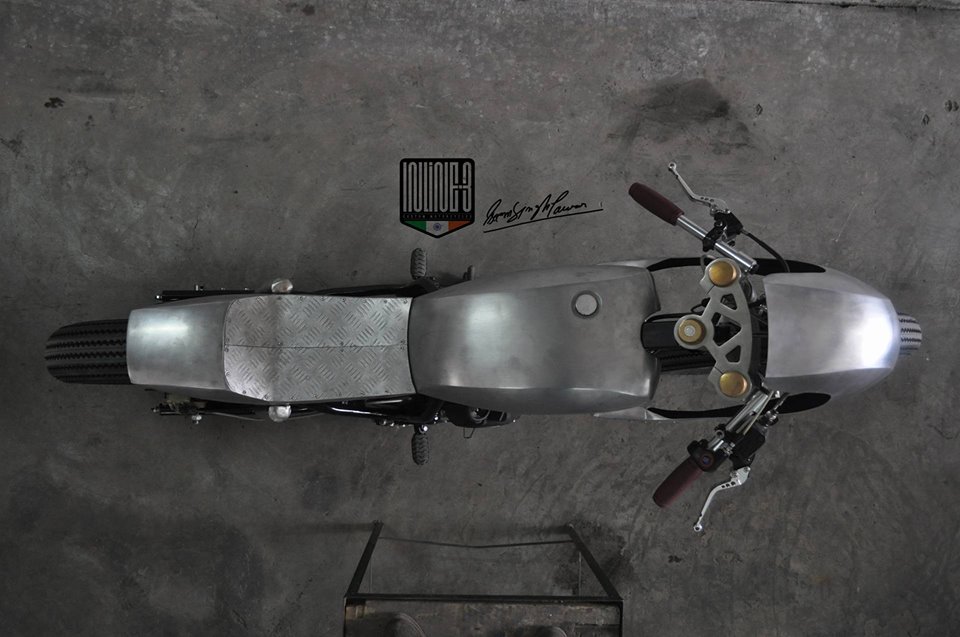 In case you’re wondering, this customised Himalayan is a proper hard tail with dummy rear shock absorbers, while the original tires are swapped with Firestone rubber. The engine hasn’t been fiddled with, but given the lightweight nature of the build, performance should be brisk. In stock guise, the Royal Enfield Himalyan uses a 411cc single-cylinder, air-cooled engine that delivers 24.5 bhp @ 6500 rpm and peak torque of 32 Nm @4000-4500 rpm.