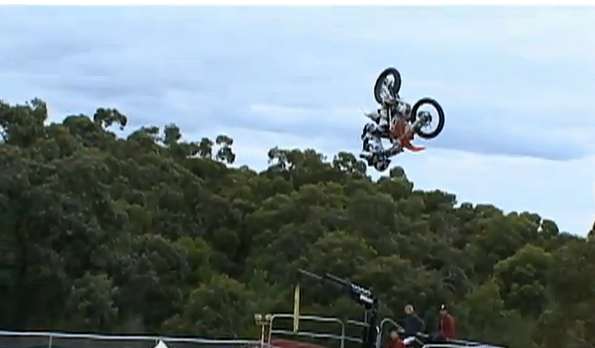 For the uninitiated, aerial front flips are much more difficult than back flips, as you have to push the bike ‘down’ against its natural motion to complete a full circle in the air. There was a time when front flips were performed by rarest of the rare daredevils, as it was extremely difficult to pull it off. However, a lot of stunters have been managing the feat of late.

Now, we humans have this weird tendency to keep pushing the envelope, to keep trying harder to do things which were earlier considered impossible. And that’s exactly what Mark Monea has done with his variant of the front flip. Not only does he complete a 360 flip in the longitudinal vertical plane, he adds another flat 360 flip to the act to give the whole stunt a whiole new ‘twist’. Watch this video to believe the incredible feat of this Victoria based guy