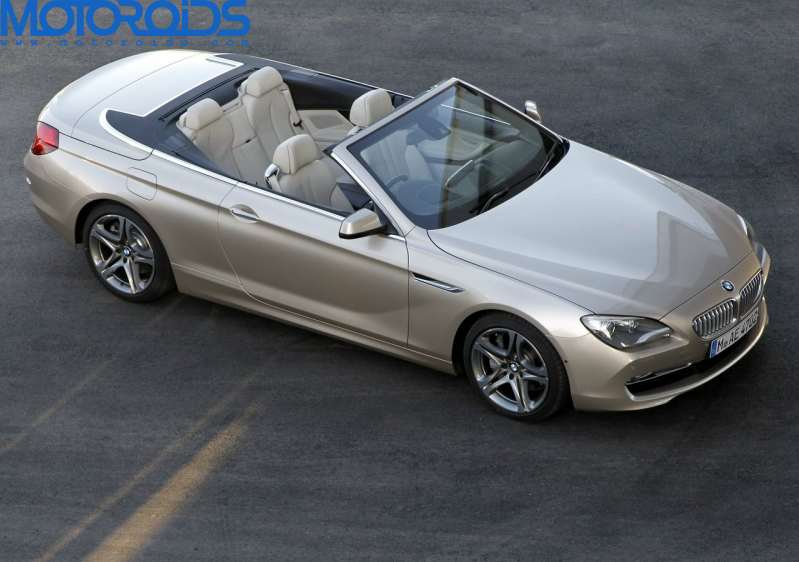 BMW India is quick to bring its latest 6-series convertible to India. Soon after the international debut, the car is coming to India on the 25th of March 2011.

The previous generation 6-series convertible was quite a controversy’s child, with designers the world over having wildly varied views on its non-conformist lines. The new version, however is a different story altogether. It’s more balanced, with a blend of sleek yet powerful shapes, flowing contours and racy lines. The sweeping bonnet, long wheelbase and a clean side profile makes the new 6-series quite a looker.

The 6 series is available with two engine variants internationally. The 650i comes with a twin-turbocharged V-8 with 407 horses, while 640i comes with a 320 horsepower engine.

Both models get an eight-speed automatic gearbox, with a manual over-rode as flappy pedals behind the steering wheel. The electrically powered soft-top roof takes 19 seconds top open, while closing it takes 24 seconds. Both operations can be activated while on the move at speeds of up to 25 mph.