Home Features Video: Man from Punjab has been driving backwards since 2003 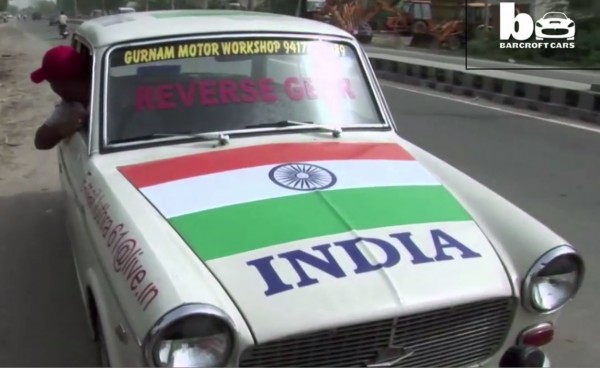 If you visit or stay in Bhatinda, Punjab, don’t be surprised if you see somebody whizzing past nonchalantly in a Premier Padmini, backwards. That would be Harpreet Devi, and he’s been at it for while, for more than a decade. Sometime back in 2002-03, his car got stuck outside Bhatinda, without him having a single penny on him. Given the circumstances,one would have tried hitching a ride back. But our man here had this crazy idea to drive all the way to his hometown in reverse – and he managed to do it, on traffic-strewn highways! And that’s how things started rolling, backwards.

Slowly, he garnered more confidence in what had seemingly become his favorite pastime. Now it’s like just another day at the office for Harpreet, who can been seen piloting the Padmini skillfully in reverse through thoroughfare. As for the car, he had to modify it to allow him to drive backwards for more than usual distances. He achieved that by tinkering with the gearbox so that it has four gears for reverse and only one for going forwards. He also claims that he has a siren fitted to his car, as well as a pair of head-lamps at the back.

Although we don’t encourage such antics, watch him do his thing in the video (via Barcroft) below: