Years ago, we saw Hrithik Roshan racing a fighter jet on the Hero Honda Karizma in the television commercial. Although that was scripted, we witnessed many videos over the years where cars and motorcycles with extreme potential were raced against airplanes.

The latest to race the flying machines was Lamborghini’s latest offering to the supercar world, the Huracan. This showdown is between the Huracan versus the Sukhoi Su-27 Flanker jet fighter in Russia. 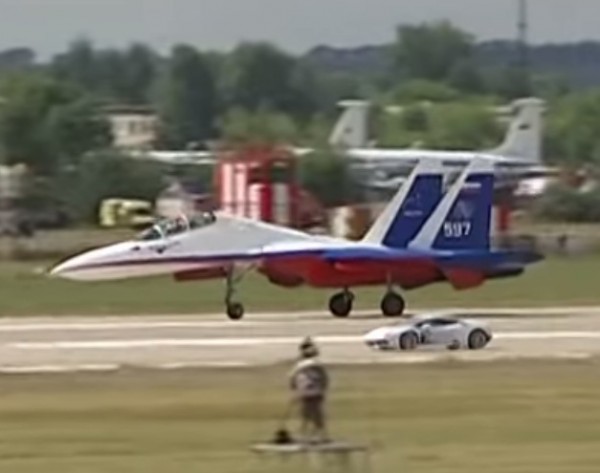 The Lamborghini Huracan is powered by a 5.2-liter naturally aspirated V10 engine which produces 610 PS of power and has a top speed of over over 325 km/h (202 mph). The Sukhoi Su-27 Flanker jet fighter on the other hand is a compact fighter aircraft which is powered by two Saturn/Lyulka AL-31F turbofans and is capable of hitting speeds of Mach 2.35 (2,500 km/h, 1,550 mph).

So who do you think will win the race? Watch this video to find out.