British car maker Aston Martin, which is the brand whose cars were used in James Bond films,  has resurrected its Lagonda nameplate for a small production run of limited-edition super sedans. The new Aston Martin Lagonda, which is scheduled to reach the Middle-East in 2015, will be made available to customers on an invitation-only basis. Test mules have recently been spotted, that confirm the sedan is in works. 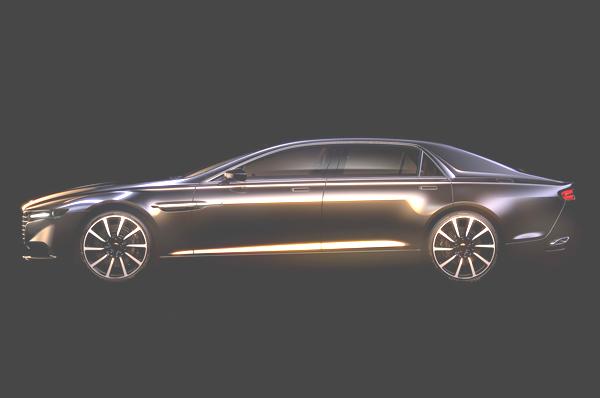 The Aston Martin Lagonda gains its styling cues from the V8-engined Lagonda sedan which was launched in the year 1976. This Lagonda sedan was designed by William Towns. The new Lagonda sedan will be underpinned with the company’s VH architecture, which is used throughout its current line-up. Official technical details are under wraps as of yet, but reports suggest that the car will have the 5.9-litre V12 from the Rapide S under its hood. In the Rapide, this naturally aspirated V12 mill churns out 550 bhp of max power and 620 Nm of torque. The Rapide sprints to 100 kmph from standstill in less than 5.0 sec and has a top whack of 306 kmph. The Lagonda sedan will be rear wheel drive and power will be sent to the wheels via a six-speed ZF automatic transmission.

The Lagonda will be sold via invitation only and official pricing has not been released. About the pricing, Aston Martin simply states that “it will be commensurate with the car’s exclusivity, quality and luxurious nature”. The Lagonda will only be offered in the Middle-East due to a “specific market demand”.

Aston Martin Design Director Marek Reichman said: “The new model, like its exclusive siblings the One-77 and V12 Zagato, has been created as a piece of exceptional automotive art. “It has been designed and developed entirely in keeping with the spirit and ethos of previous Lagonda super sedans – notably the William Towns Lagonda – and as a tribute to this car it proudly bears the Lagonda nameplate.”