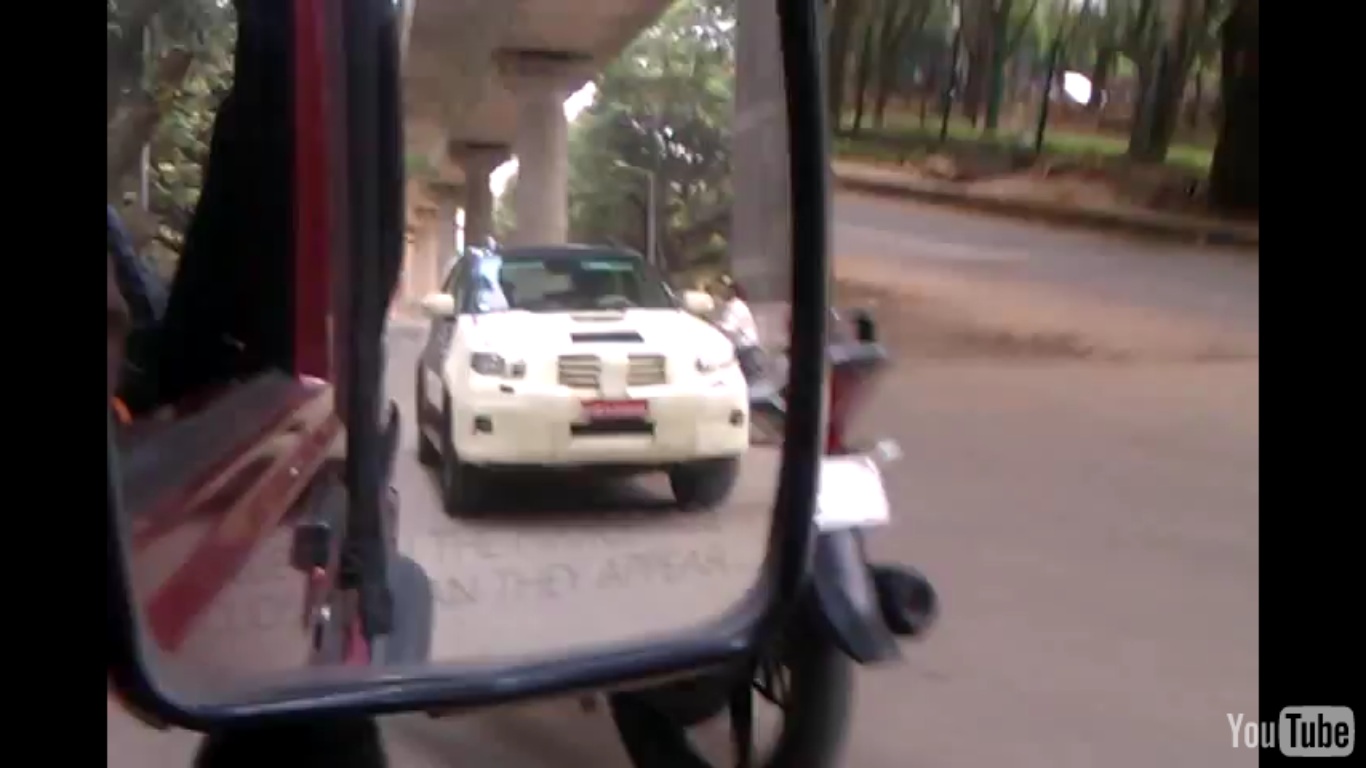 Toyota Kirloskar Motors seems to be all geared-up to introduce a new face-lifted version of its Fortuner SUV in India. This fact becomes more concrete with a spy video showing the car being tested on the streets of Bangalore. According to various sources, the car is expected to hit the road by 2012.

The heart of the SUV is expected to remain the same. However, the 3 liter D-4D common rail, turbocharged and intercooled diesel engine capable of churning out 170 horses and 343 Nm of torque could be mated to a new 5 speed automatic transmission system. According to various sources, this step could be taken to bring the car at par with its competitors like the Ford Endeavour SUV and the Chevrolet Captiva. Sources also claim that the firm will introduce a low cost two wheel drive version of the car too in order to boost sales along with its current all-wheel drive model.

Amongst the cosmetic changes is a redesigned pair of headlamps which seems to be more flared and larger than before. Like the headlamp, the tail lamps too grow larger in size with a refreshed design. The car also sports a refreshed grille which is larger and has more of chrome, similar to the Land Cruiser and Prado models. Along with this, the front bumper is also a new addition to the facelifted car.

Sit back and check out the car cruise along the streets of Bangalore.