Home Features TT 3D: Closer to the edge, a tribute to Isle of Man TT 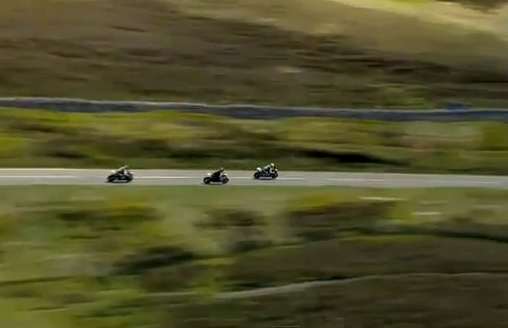 Isle of Man TT is decidedly the most dangerous bike racing event in the world. Racing along public roads on bikes just inches apart – with speeds hitting 200mph – drama, tension and tragedy all combine to thrill the audience and tell a very moving human story. TT3D: Closer to the Edge is a film about the TT, the world-famous motorcycle – a tribute to the great souls who have given away their everything for the real thrill of speed.

Those who really ‘race’ in the TT know that each race might be their last.  Riders push themselves up to and beyond their limits in their bid to become “King of the Mountain”. In Closer to the Edge we witness an unparalleled victory, heartbreaking sadness, and feats of emotional heroism, unbelievable bravery and super-hero levels of human skill that can only be believed if you are lucky enough to see it.  Packed with high speed, thrilling 3D coverage of the races Closer To The Edge also explores the very human story behind the visor, the danger, tragedies and dramas of these courageous men and women who dedicate their lives to the challenge of the TT as they mentally and physically push themselves beyond their limits, in the world’s greatest motorcycle road racing event.
Here’s a trailer of the film