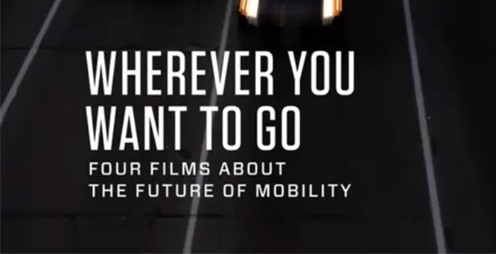 BMW seems all geared to present itself as a leader in automotive tech. The company has been releasing teasers about its ConnectedDrive  technology which will apparently break new grounds in communications technologies within a car. Apart from this, the company is also seriously looking at redefining the role and capabilities of the automobile. In the trailer to a new documentary which discusses the future of the automobile, BMW talks about jetpacks, spaceships, flying cars and more efficient personal mobility. The documentary is called Wherever You Want to Go.

The films will be released in four parts on February 1, 8, 15 and 22. As you would know, we would be the first to bring you these interesting documentaries, as soon as they hit the web. For now though, here’s the trailer.