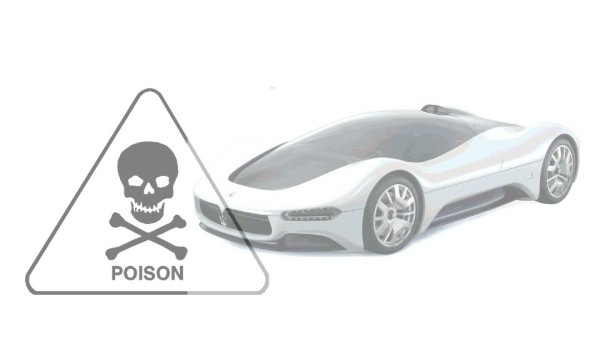 One of the most iconic images of Americana is riding in the family car. Modern life revolves around personal vehicles, and these cars are a reflection of an individual’s finances, personal status, and lifestyle. Over the past 50 years, vehicles have been made from a variety of materials, including toxic chemicals. Over time, many of these chemicals have been discovered as carcinogenic, and mutagenic. While the auto industry is required by law to disclose any potentially toxic construction materials used in manufacturing, new petrochemicals, polymers, and rare earth chemicals are increasingly used in modern vehicles.

One of the oldest and most common toxins in vehicles is asbestos. Asbestos is a natural mineral, used to manufacture fibers, textiles, and insulation. Asbestos, whichis not electrically conductive, possesses a high tensile strength and is effective at dampening noises. Because of these properties, asbestos was used in vehicle manufacture for many years in the 20th century. Many components, such as the noise dampener under the vehicle hood, insulation wires, and some vehicle seats were manufactured from asbestos. As these vehicles were driven, fine fibers of asbestos drifted into the cabin air of vehicles. These fine fibers were too small to be seen, and occupants inside the vehicles were unaware of being exposed to asbestos.

Asbestos fibers lodge in the lungs, and can cause a form of cancer known as mesothelioma. It took many years for asbestos to become associated with cancer and respiratory malfunction, as health groups are still reporting rising numbers of asbestos victims.

Most of the dangerous components in vehicles are contained in sealed areas of the vehicle, reducing the risk of exposure. Unfortunately, many of the components such as the plastic dashboard can contain hazardous chemicals.

One chemical that has come under media attention in recent years is Bisphenol A (BPA) BPA in an industrial chemical used in the manufacture of many plastics. The interior of many recent vehicles have been shown to contain moderate levels of BPA in the ambient air. BPA is similar to estrogen in the human body, and can cause heart disease and some types of cancer. Vehicles in warm weather emit higher levels of these binding chemicals, and can reach levels that are hazardous to occupants.

Many watchdog groups are conducting ambient air and surface tests in new vehicles, to determine potential risks for consumers. The ‘new car’ smell that many vehicles have may be a popular scent, but likely contains a variety of industrial toxins.