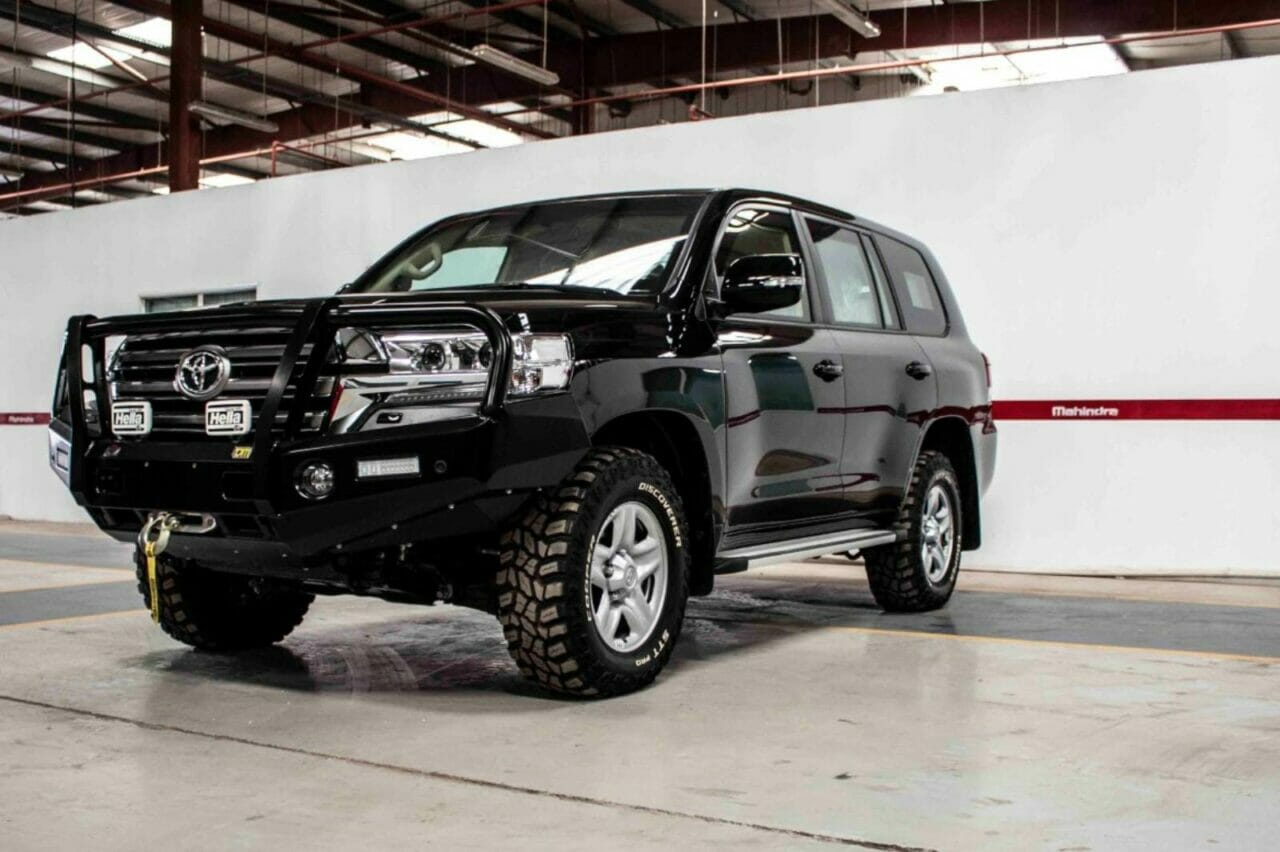 The Toyota Land Cruiser is one of the most popular names around the world when it comes to premium but tough, go-anywhere SUVs. It is a formidable utility vehicle in harsh terrains and its durability and impeccable off-roading capabilities are what makes it such a revered vehicle. What happens though when something that’s already a tough cookie is made even tougher? Meet a Toyota Land Cruiser which has been armoured by Mahindra’s armouring division.

Among the many models converted by the division into an armoured vehicle, for the Toyota Land Cruiser 200, Mahindra Armoured has done a tremendous job of converting a luxury SUV into a fully-protected vehicle which cocoons occupants from bullets and blasts. 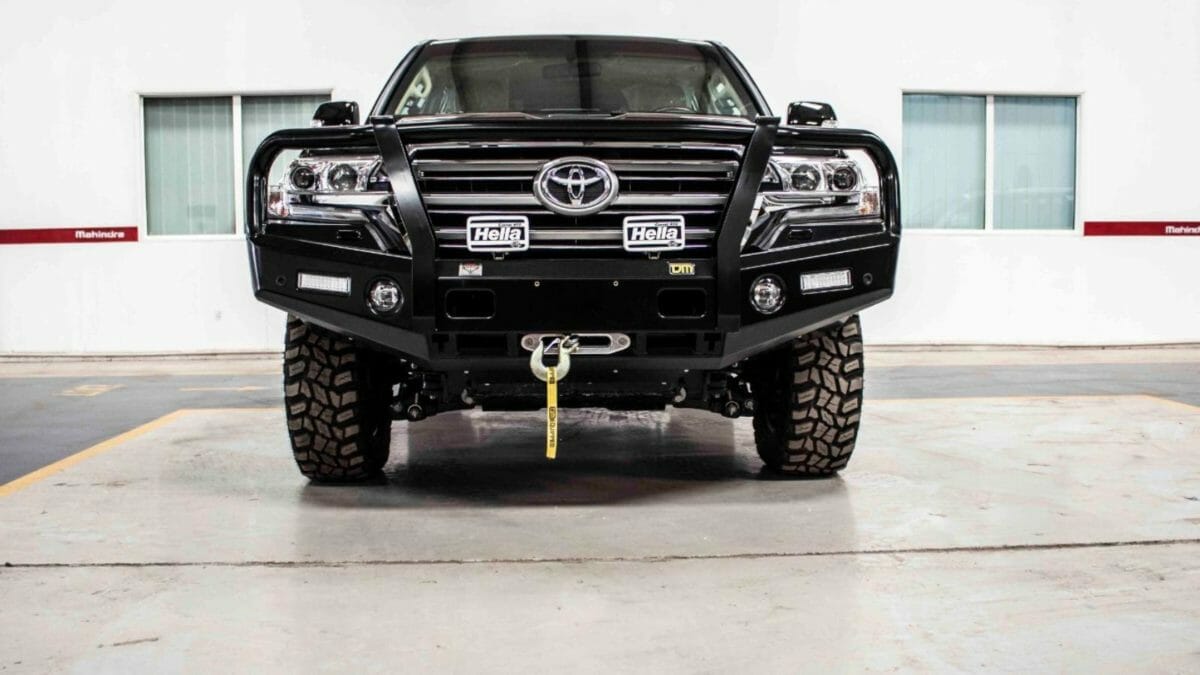 The Mahindra Armored Toyota Land Cruiser is a tested and certified luxury and rugged, up-armoured luxury sport utility vehicle (SUV). The armoured Toyota Land Cruiser’s reliability and longevity have led to its huge popularity. It has earned the repute of being one of the toughest armoured vehicles operating in risk-filled environments. These are mostly used by NGOs, Government Agencies, VIPs and Security Organisations.

This armoured vehicle is designed to tackle the toughest terrain, providing the perfect solution for an armoured vehicle for aid and humanitarian agencies worldwide in the most demanding situations. Armoured Land Cruiser’s all side passenger compartment (roof and verticals) provides ballistic protection up to CEN Level B6. The ballistic steel interior frame provides overlap and backup protection for the doors and windows from direct and angled shots.

The Mahindra Armored Toyota Land Cruiser is tested and certified to BSI PAS 300, VSAG VS6, VPAM BRV 2009 and ERV 2010 standards against ballistic and blast threats. Its driveability is tested in accordance with BSI PAS 301 for an armoured vehicle, when operating at its in-service operational mass and achieved good results. 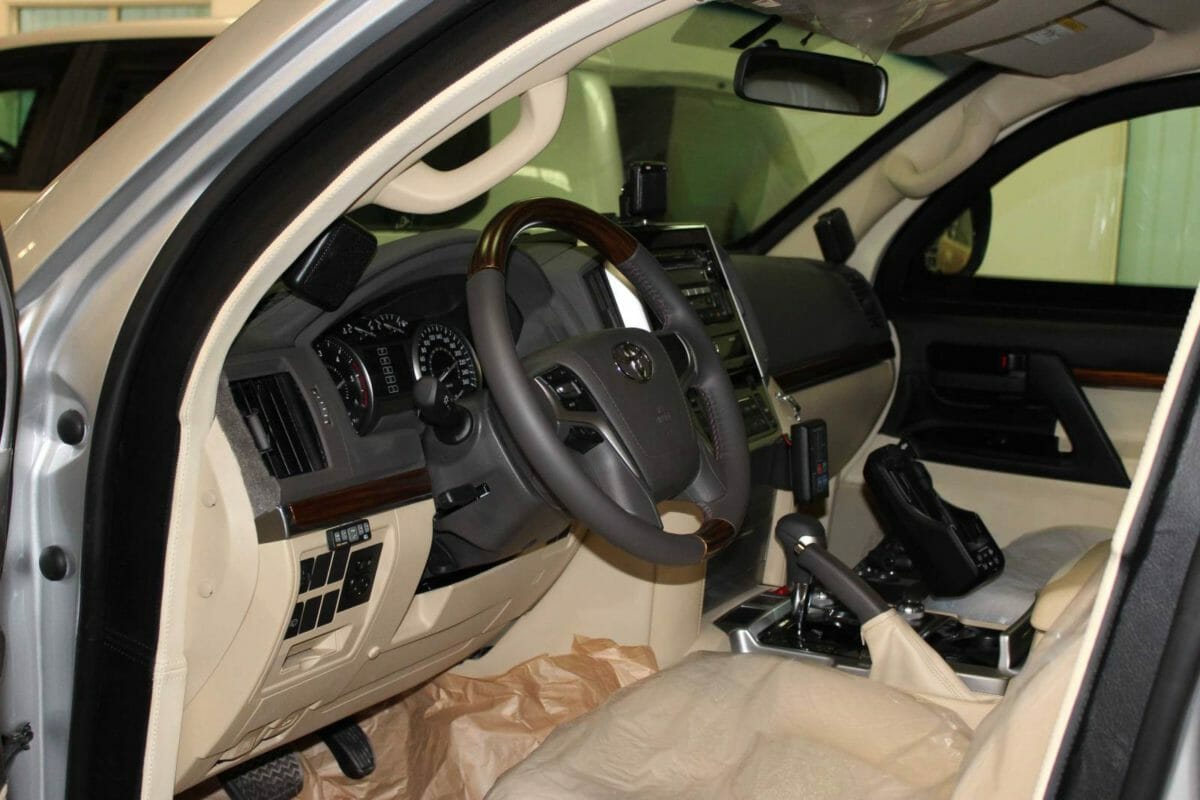 Mahindra Armoured Toyota Land Cruiser is fortified with certified ballistic steel and layered with high protection certified armoured glass, providing protection against ammunition. Its suspension and brake system are reinforced with heavy-duty kits and it is offered with a wide range of upgrades and accessories as per client requirement.

Designed and built to withstand piercing dangerous bullets with armour protection, Mahindra Emirates Vehicle Armouring (MEVA) claims that the Armoured Toyota Land Cruiser can conquer any terrain or obstacle and can operate in most hostile situations around the globe. 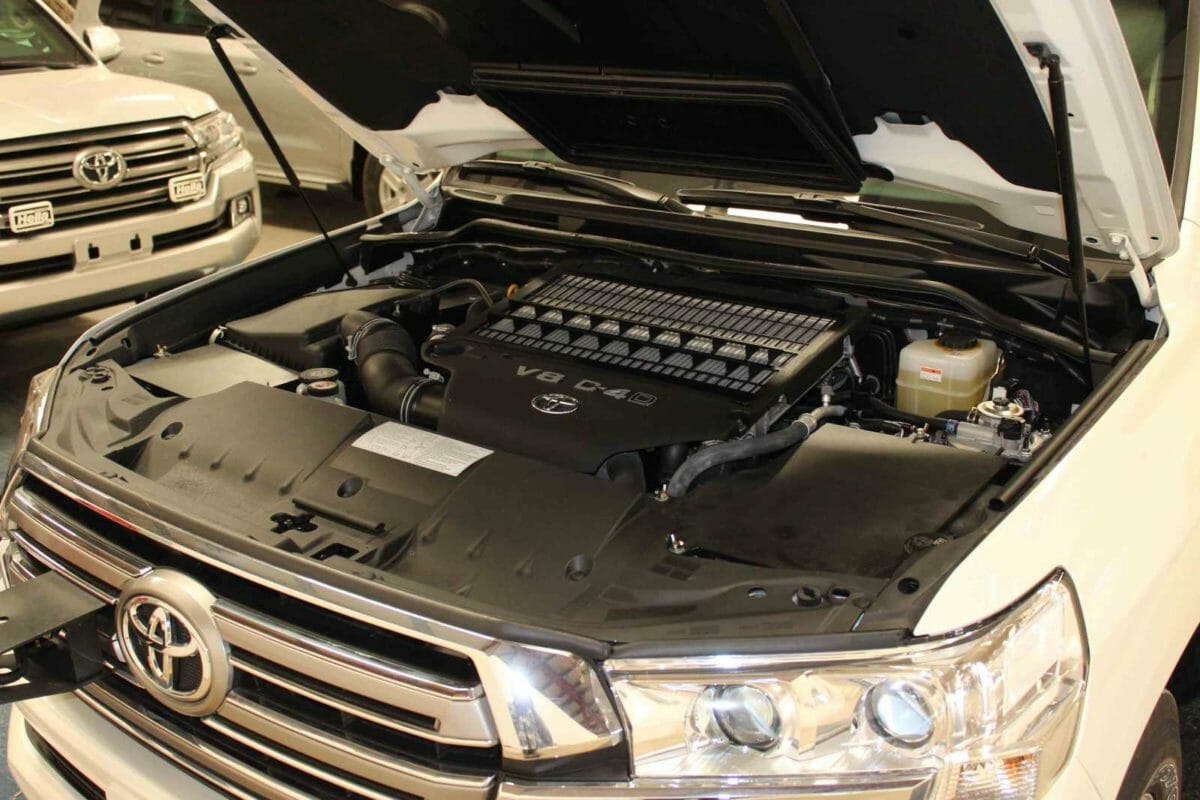 The B6, B7 and VR7 certified Armoured Toyota Land Cruiser is available in Left and Right Hand Drive with powerful engine options starting from the basic 4.0-litre Diesel, the 4.6-litre V8 petrol and way up to the 5.7-litre Petrol unit. It comes equipped with standard features such as FFR (Fitted For Radio), RunFlat System, Battery, Engine and ECU protection, and a protected fuel tank among many others. Additionally, it gets a battery isolation system, fire suppression system, tyre inflation system and many more.

MEVA Armoured Toyota Land Cruiser 200 accomplished the tests and achieved certification for VPAM VR7 BRV 2009 and VPAM VR7 ERV 2010 standards along with the latest blast and ballistic test, British Standard Institute PAS 300 and VSAG VS12 in 2012. The test was performed by Internationally recognized experts from QinetiQ UK. Dr Mark French, the leading scientist commented that the Mahindra Armoured Toyota Land Cruiser was the best Up Armoured vehicle tested ever.

Later in 2017, MEVA completed a drivability test from Millbrook UK. The test programme aim was to provide more information with an understanding of vehicle capability and driveability of an armoured Toyota Land Cruiser 200 when operating at its in-service operational mass and the vehicle scored highly in the handling assessment that was completed.