Home Features The most menacing car in the RVM 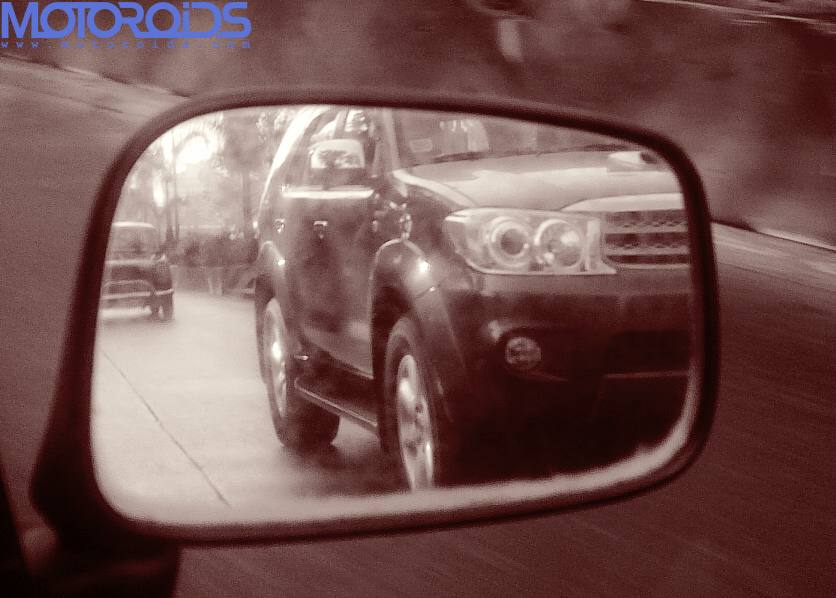 It was my first wedding anniversary a few days ago, and I was pottering around on Mumbai streets in the humble, little Alto. In a bid to get through the traffic as quickly as possible I made good use of the Alto’s small size while also preventing the perennially nosy cabbies from sneaking in from the right hand side as I occasionally tried to squeeze into the small gaps between two lanes.

And then, suddenly, I saw a pair of headlamps in my RVMs, mounted at a height where the windscreen of some of the smaller car ends. Okay, I am exaggerating a bit here, but they were placed at an implausible height for a mainstream passenger vehicle. The size of the headlamps, the sheer brawn represented by the bulging metal around, and that menacing grille – the sight was intimidating enough to induce a thought of letting the monster pass, before it made its way forward trampling the little Alto into flat metal. And just to wash away the last traces of velour that may have been left within me after witnessing that terrorizing façade, it flashed the headlights once. That was it! I swerved aside in a hurry, and saw this behemoth pass the little Alto from the right, repeating what it just did to me with the entire traffic ahead.

It has happened many times with me. There is something about the Toyota Fortuner, which instantly makes you take notice whenever it makes an appearance in the RVMs. It evokes a feeling of fright which no other vehicle does, for me at least.

So which is the most menacing car in the RVM for you? Do let us know.