Home News Newest Harley on the block, the FXS Blackline, with video 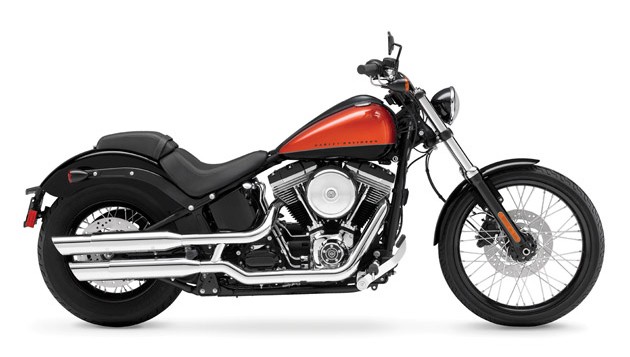 Harley Davidson have revealed their latest motorcycle, the FXS Blackline. The new bike has taken its form, after being inspired by the company’s Dark Custom project. The new Softail bike has newly carved out surfaces with a lightened rear fender.  The bike also features a new, and rather unusual asymmetrical fuel tank design. Harley calls the new bike ‘lean as wire, hard as iron and dark as a
tar road at midnight’.

The compact headlight and speedometer are tucked low into the wide front end, and there’s just enough shine to make the black parts look blacker. Aboard the Blackline, the rider hugs the frame on the lowest two-up seat ever offered by Harley-Davidson. Check out the stylish video after the features list

Key features of the 2011 Blackline include: