While Mahindra is a famed automotive maker in both private and commercial segmentsas, it is also quite popular when it comes to military-grade defence vehicles. The manufacturer offers various Military-grade vehicles which are used by the armed and paramilitary forces of not just India but various other countries as well.

While being a soldier is among the most honourable thing a man can do for his country, it is also the by far toughest profession when one has to carry out his duties in the harshest conditions. However, there are times when we could really envy the soldiers when they get their hands on vehicles such as the Mahindra Axe and get to do the stuff every off-roading enthusiast wishes to. 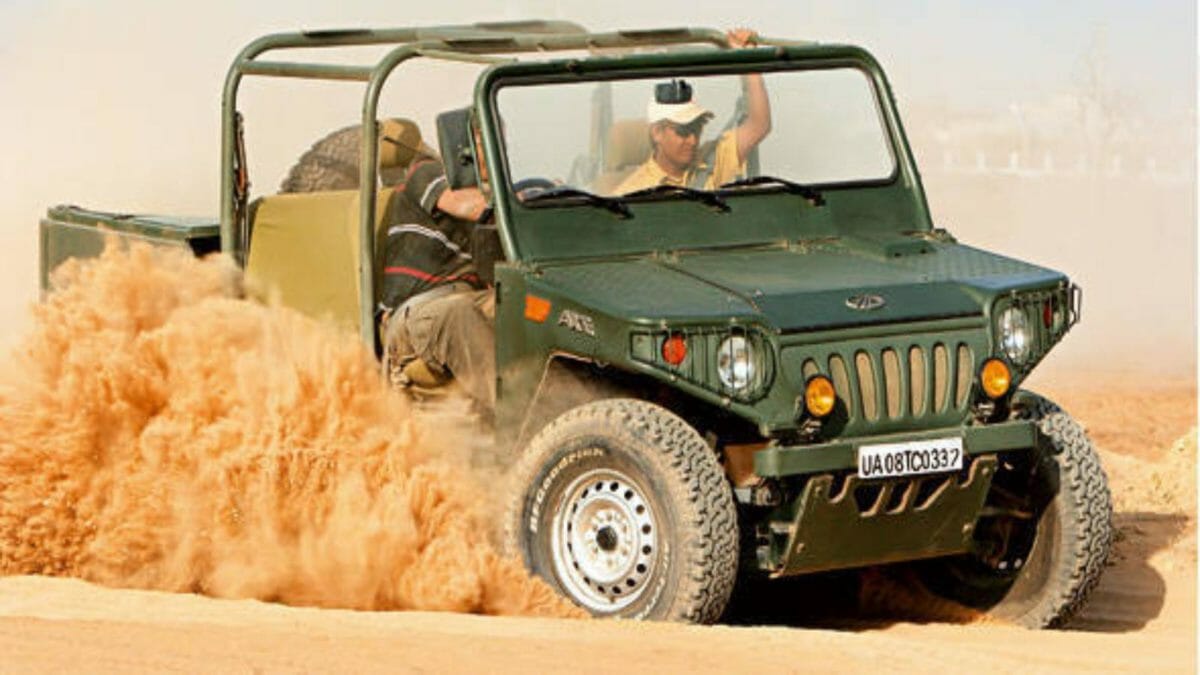 What is the Axe?

The Axe is an all-terrain, speedy attack vehicle which is designed and built by Mahindra & Mahindra subsidiary Mahindra Defense Systems that caters exclusively to the motoring needs of armed forces across the globe. The Indian Army needed an all-terrain vehicle that’s compact (as in smaller than the Stallions), able to travel almost anywhere, fast and yet capable of carrying fairly decent payloads.

Even though it was specifically designed for the army, the Indian army never placed an order for the vehicle. Special prototypes were developed for the army but the vehicle was never inducted in the armed forces. Nevertheless, when we see the video below and witness what this mean machine can do on-road or ‘no road’ it will make you wonder, how it never got inducted into the armed forces?

The video here uploaded by Vsual Brewery On YouTube shows the true capability the Axe possesses. In the video, the Axe is driven by a person wearing camouflage thus indicating that it is an Indian Army official. The video was probably shot at the time of its testing during the selection process by the Indian Army.

The Axe gets the tagline “The Fast Attack Vehicle” and the video shows the Axe being driven around on rough terrain at high speed, showing the ‘raw power’ of the vehicle. The Axe can also be seen going fast on natural ramps. The front approach angle, ground clearance and departure angle of the vehicle are shown by making the Axe go over two big boulders that it crosses without much of an effort.

The video also shows the Mahindra Axe getting driven around in the rocky terrain without any difficulty of any sorts. The video further shows the Axe being driven around in rain and through water crossing. As it is an open-top vehicle, the video shows that the vehicle’s working does not get affected even in rain. The video further emphasizes on the manoeuvrability of the Mahindra Axe by driving it on all kinds of surfaces- wet, rocky and sandy. 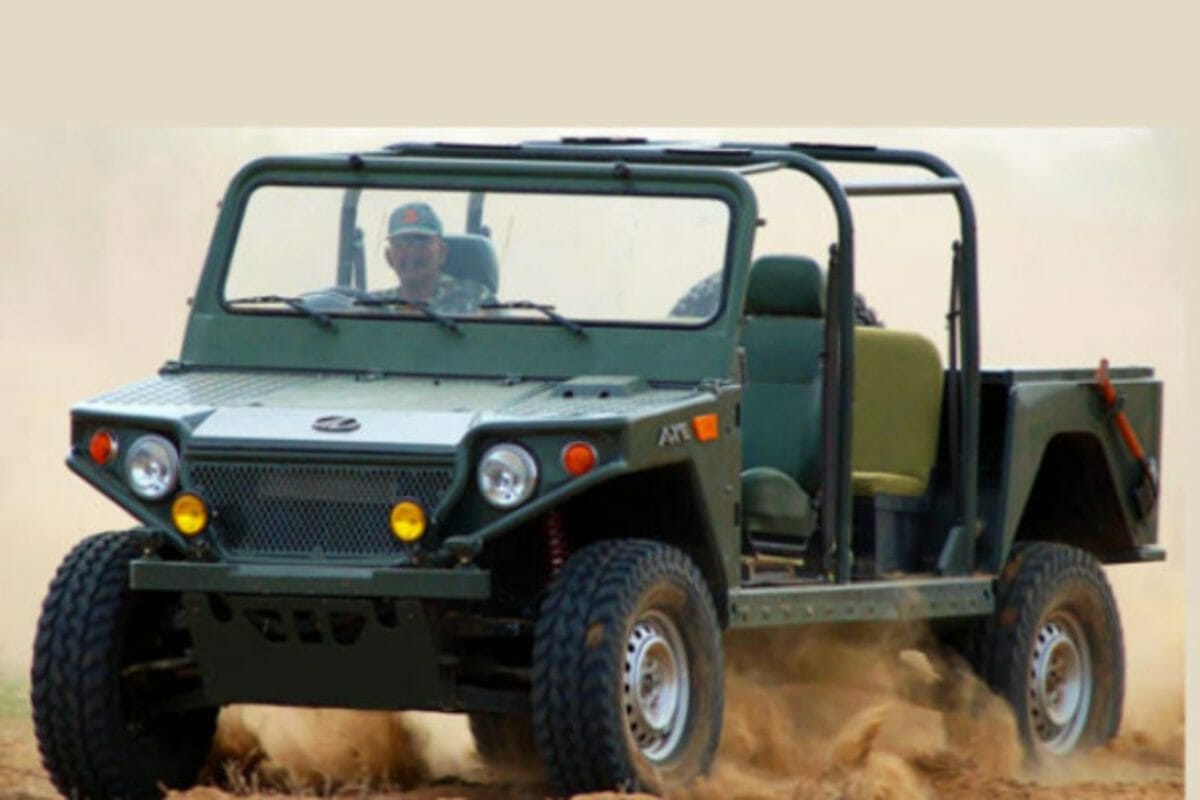 At the latter part of the video, a team of men dressed in army camouflage uniform carrying guns in their hands are shown which indicates that the army tests it for all kinds of situations. At the end of the video, a hard-top version can also be seen.

Coming to the looks as the video suggests, the first impression that comes to mind is ‘rugged’. The Axe tag derives from the sharp edges that define its shape, angular and cut bluntly in every direction. This vehicle is by no means handsome; the finish is rough and there are just too many cuts and angles to give it a pleasing visage. Yet it is the very same abruptness of form coupled to the immensity of it all that attracts and brings about several admiring glances.

At first glance, the Axe can leave you bamboozled. The world large will seem too tiny to justify its size.  Soaring 1.98 metres in height with a massive 350mm ground clearance, you would need field glasses to peer at the traffic below. The Axe has tremendous street presence and traffic does not just veer but scampers away lest it gets trodden underfoot. At 1.96 metres, this is a very wide car as well, occupying a lane and a half, almost. And once you clamber up (yes up, not in) to your seat, you notice your co-passenger sitting well beyond arm’s reach. The rear bench can in fact comfortably seat four; five would be a squeeze and six, a little tight around the waist.

As far as the mechanicals are concerned, the Axe is powered by an impressive 5-cylinder 2.7-litre inline diesel unit which was sourced from Ssangyong. This powerplant conforms to all Euro 4 conventions and can crank out a maximum of 173 horses and 346 Nm of peak torque. As per the Mahindra Defence website, the Axe gets an automatic transmission that has been sourced from Mercedes-Benz. It does have a low range gearbox to help it climb up such steep gradients, though the lack of a differential lock may limit its abilities.

The Axe is no ordinary tool shed modification job but one that has racing antecedents almost as well as the capability to shame several other SUVs from reputed international manufacturers. While it was quite a shame that it didn’t make the cut to the list of vehicles used by the Indian Army, we can’t help but wonder are there any of these prototypes still left and if so where are they?