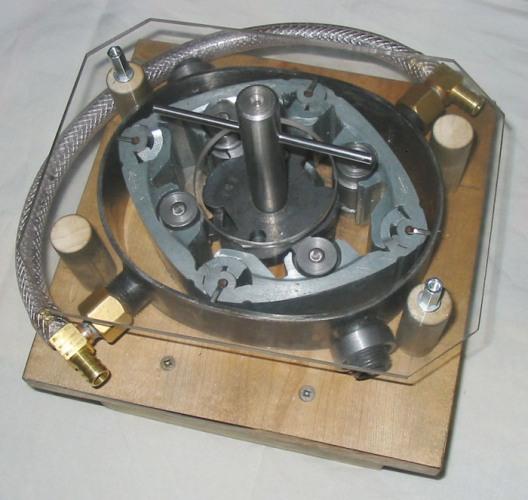 Mihir Gadre explains the engineering igenuity behind this unheard of technology…

What’s the deal with this new engine ?

After an intense evaluation of all engine concepts the Saint-Hilaire team designed a unique engine called the Quasiturbine combustion engine in 1996. The Quasiturbine engine has none of the intricate parts of a typical piston engine like a crankshaft, valves, pistons, push rods, rockers or cams. It operates more like a rotary (Wankel) engine. The housing (stator) forms the cavity in which the rotor rotates. It contains an intake port, an exhaust port and a port for the spark-plug. The rotor is made of four blades, which replace the pistons of a typical internal combustion engine. As the rotor blades turn, the volume of the volume of the chambers varies. First the volume increases, which allows the fuel-air mixture to expand. Then the volume decreases, which compresses the mixture into a smaller space. As the mixture is compressed, a spark ignites the mixture which pushes the rotor giving motion. However unlike a 4-stroke engine, as soon as one combustion stroke is ending the next is ready to fire. In one revolution of the rotor, four power strokes are created. That’s eight times more than a typical piston engine! The result is continuous combustion, just like in the airplane gas turbine.

What are the Advantages? 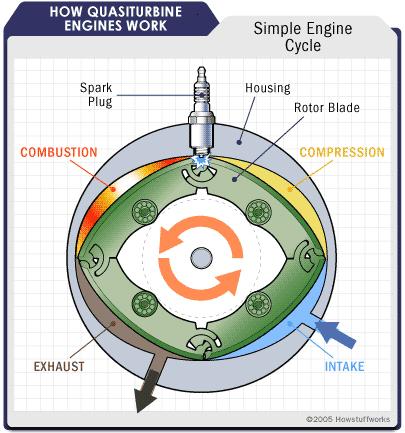 The Quasiturbine engine is able to burn fuel more efficiently than any other type of engine. It also has some other significant advantages like almost no vibration because the engine is perfectly balanced, faster acceleration without a flywheel, higher torque at lower rpm, nearly oil-free operation and lesser wear and tear because of less moving parts. The one and only Wankel engine still in production, the Mazda RX8’s engine already puts out an incredible 2xx bhp from a 1.3 litre engine. But unlike the Wankel engine, the Quasiturbine is also more fuel efficient than a conventional IC engine. Ongoing research at the Sweden University is claiming it to be upto 60% more fuel efficient than a conventional engine. So if and when the Quasiturbine becomes a reality we might be able to extract upwards of 300 bhp as well as 30 kpl from say a 1.3 litre engine.

Why aren’t we already using it? 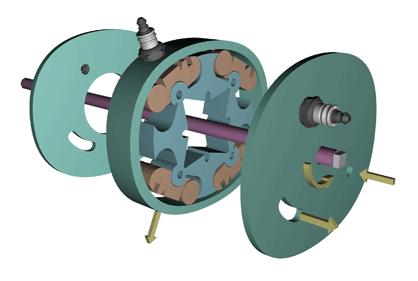 Considering the modern internal combustion engine has enjoyed almost 120 years of design refinements, the Quasiturbineengine is still in its infancy. The engine is not used in any real-world applications that would test its suitability as a replacement for the conventional IC engine. It is still in its prototype phase. The best look anyone has gotten so far is when it was demonstrated on a go-kart in 2004 (check out the video on YouTube). So why aren’t the Hondas and Audis of this world even acknowledging this technology, well because they have already invested zillions of dollars in developing the conventional engine, and it will take up atleast a decade of R&D to get the Quasiturbine ready for use.