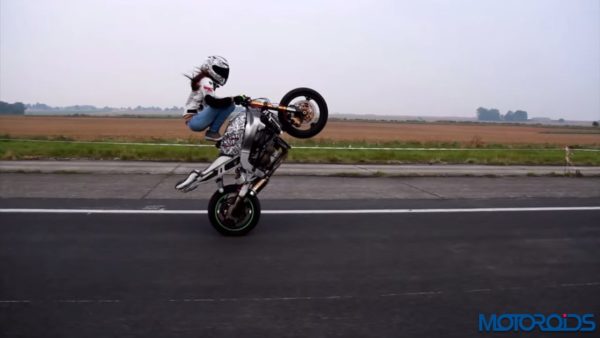 Note: Motoroids does not endorse/promote stunting on public roads. Always wear your safety gear when you ride.

The world of motorcycle stunting is one which we are all very aware of. There are tens of thousands of motorcycle stunt videos on the interweb, some showcasing respectable riding prowess. Then there are the ‘cream of the crop’ riders – these motorcyclists need no introduction and possess a bank of talent. Sarah Lezito is one of those, a female who will make you want to hit that ‘repeat’ button again and again. 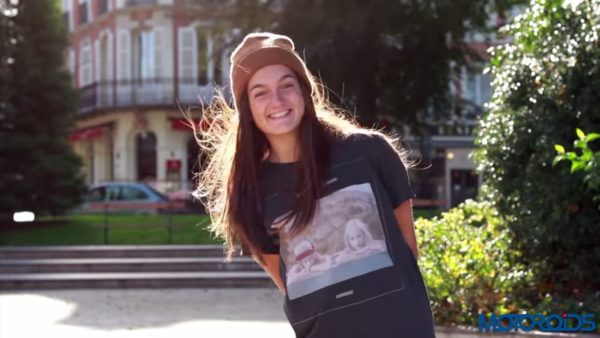 She may not look like a hardcore stunt rider, but actions often speak louder than words.

Sarah Vignot, more famously known by her nickname ‘Lezito’, was born in Épernay, France. Lezito was your average girl next-door, right till the age of 13, when she discovered her passion for motorsports. Lezito started off on one of her friends’ all-terrain vehicles (ATV) and practiced along with them on the fields nearby where she lived. Young Lezito kept her practice sessions up, and by the time she was 16, got herself a Yamaha DT125X Supermoto. Her first motorcycle possessed a 124cc engine that made 15bhp of maximum power and had a top speed of 105 km/h. 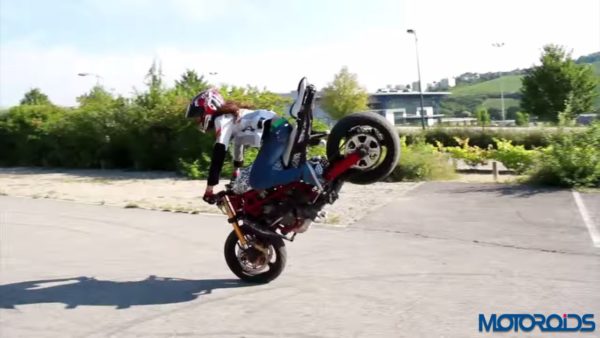 During time on the ATV and the Supermoto, Lezito says that she always had her friends helping her out. She was constantly pushed to strive for better and as well know, practice makes a man… sorry, a woman perfect! According to the female rider, she practiced rigorously on her Yamaha 125 for two years and learnt all the basic stunts. 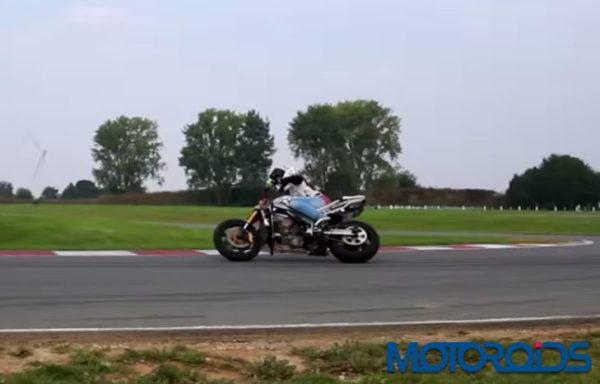 And you thought only cars could drift!

In 2011, Lezito took part in the StuntGP and won 2 stages in the ‘Women’s’ category. Soon thereafter, she became the brand ambassador for KTM during the launch of the KTM 125 Duke. Being the brand’s ambassador, Lezito won a brand-new Duke 125. It was only a matter of time before the stunt rider made her jump to a bigger capacity motorcycle. During the same period, Sarah Lezito got herself a Honda CBR 600RR. The supersport’s higher power gave this capable rider the freedom to stretch her stunting capabilities. 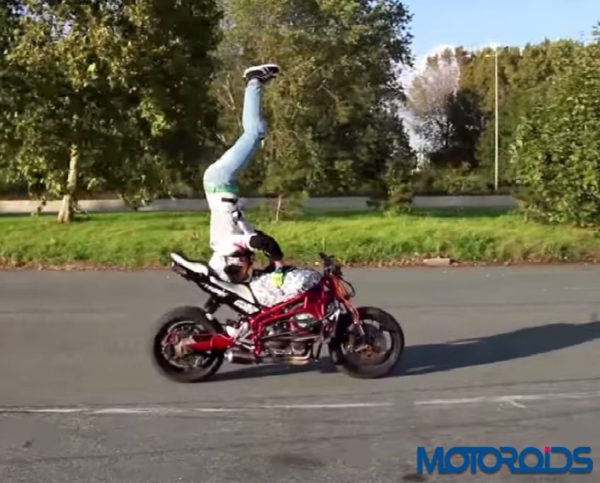 Yeah, she is pretty flexible too. Don’t try this or you might end up needing a chiropractor.

In 2003, Lezito switched to a 112bhp Kawasaki ZX-6R (636) and soon began customising it to suit her specific needs. The modifications on her Kawa include a custom clutch and exhaust system, a JanekeXtreme steel frame, front forks lifted from a 2012 636, 18×16 front discs by Accossato, crash cages by Sick Innovations, billet aluminium rearsets by HoHey Designs and a 13×60 Vortex sprocket. 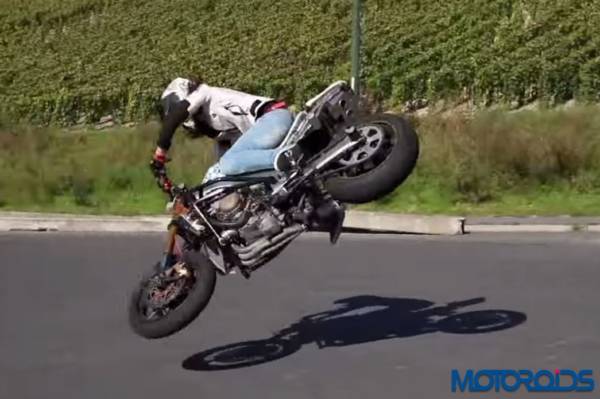 Nope, she isn’t about to land herself on the asphalt. It’s just her way of making the bike jump!

Lezito sure does know what’s needed for pulling off jaw-dropping stunts, and she apparently loves rolling stoppies, and her videos sure do reveal that. And it’s not just stunting on motorcycles that she loves – snowboarding, dirtbike riding and cycling all have their places in her heart. Lezito’s talent has been spotted by Hollywood too and she was stunt double for Scarlett Johansson in the film “The Avengers, the age of Ultron“. So all those spectacular things that Black Widow did on her motorcycle, were actually performed by Sarah Lezito!

Anyways, watch the video and be amazed as this rider makes her motorcycle dance! Also, have a look at the images that we have attached in a gallery below. Do let us know your thoughts and opinions in the comments section below.