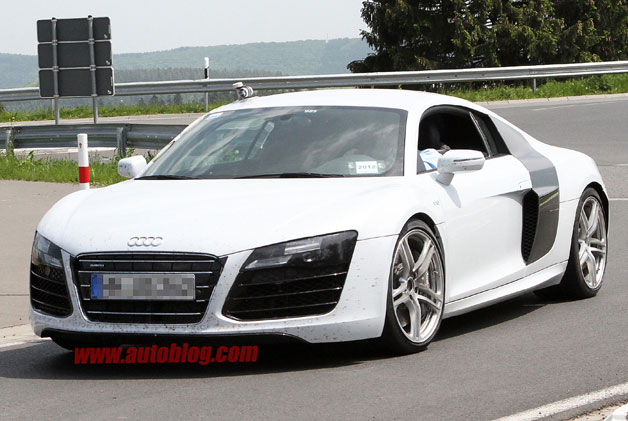 Audi R8 is a very popular and one of the most recognized sportscars around. However, it has been quite some time since we have been waiting for the German auto manufacturer to inject some freshness into the styling of the car. Now, some spy pics of the refreshed car have emerged on the web world and the refreshed car is slated to become the 2015 model. The facelifted car will get sleeker head lamps with full LED treatment. Also, the front grille should become hexagonal, as seen on the A5 facelift. At the rear, the car gets some minor revisions with the tail lights

There are slim chances of the 2.5-liter turbo five-cylinder and 3.0-liter TFSI making it to the car. However, both the current engines- V8 and V10, will get re-tuned. The most important news here is that the refreshed R8 will say goodbye to the R-tronic and will instead sport a seven-speed S-tronic double-clutch gearbox.