Home Features Porsche And Its Flat Engine Tradition: What Makes These Engines Special?

When people think of Porsche, the first thing that comes to mind is often the silhouette of the 911 – and the flat engine. These engines are very close to every Porsche devotee’s heart. But what is so special about this particular design principle for an internal combustion engine?

The history of the flat-engine design dates back to 1896 when Carl Benz created what he termed a “contra engine,” due to its two cylinders working in opposition to each other. 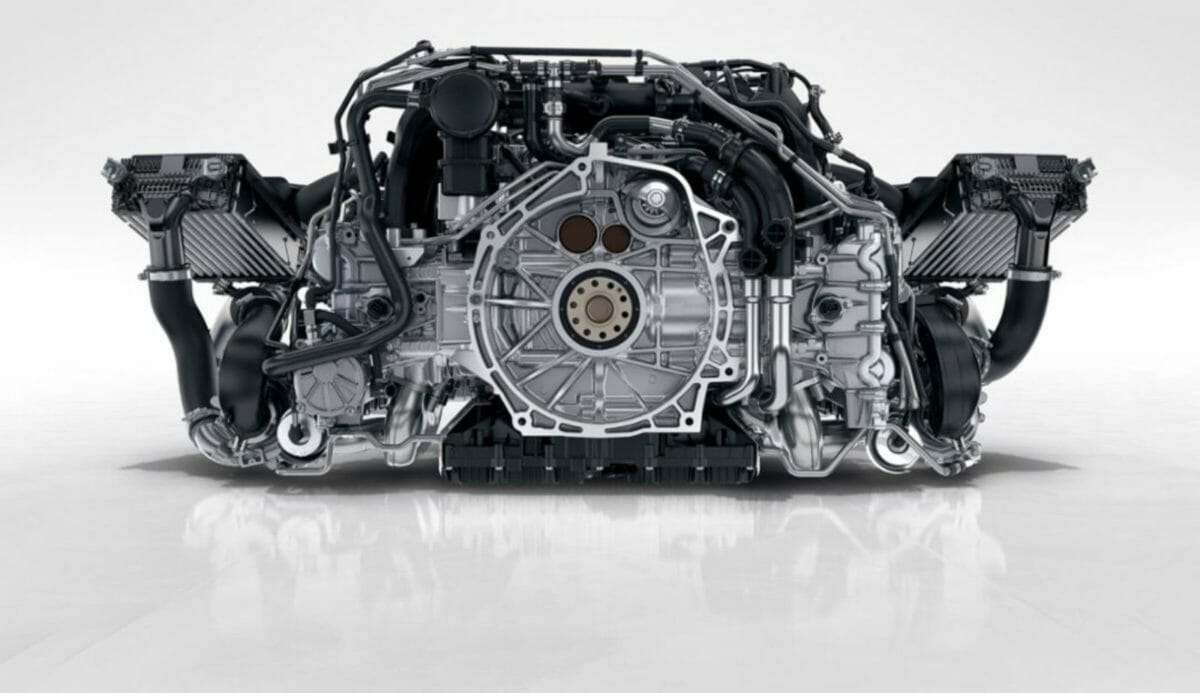 This first boxer engine was intended to have a displacement of over 1.7 litres and deliver 5 hp. Its underlying design principle – both then and now – is that the cylinders should lie flat and slightly offset to each other, on opposite sides of the crankshaft. The Porsche family tree of flat engines can be traced back to the VW Beetle. Its 1.1-litre, four-cylinder engine delivering 26 kW (35 hp) was installed by Ferry Porsche in his 356-001.

Further engines followed, all of which were air-cooled until the 911 Type 993. In the top-of-the-range 911 Carrera RS, the 3.8-litre air-cooled flat engine achieved 221 kW (300 hp) without turbocharging. Two turbochargers boosted performance to 331 kW (450 hp).

The beauty of this air-cooled engine lies in the fact that it is flat and lightweight and particularly the low designs are possible since the cylinders are lying flat which makes it an ideal choice for sports cars — especially ones that sit low, as the Porsche 911 does. This lowers the centre of gravity, allowing for a sportier and more dynamic style of driving – and not just when cornering. 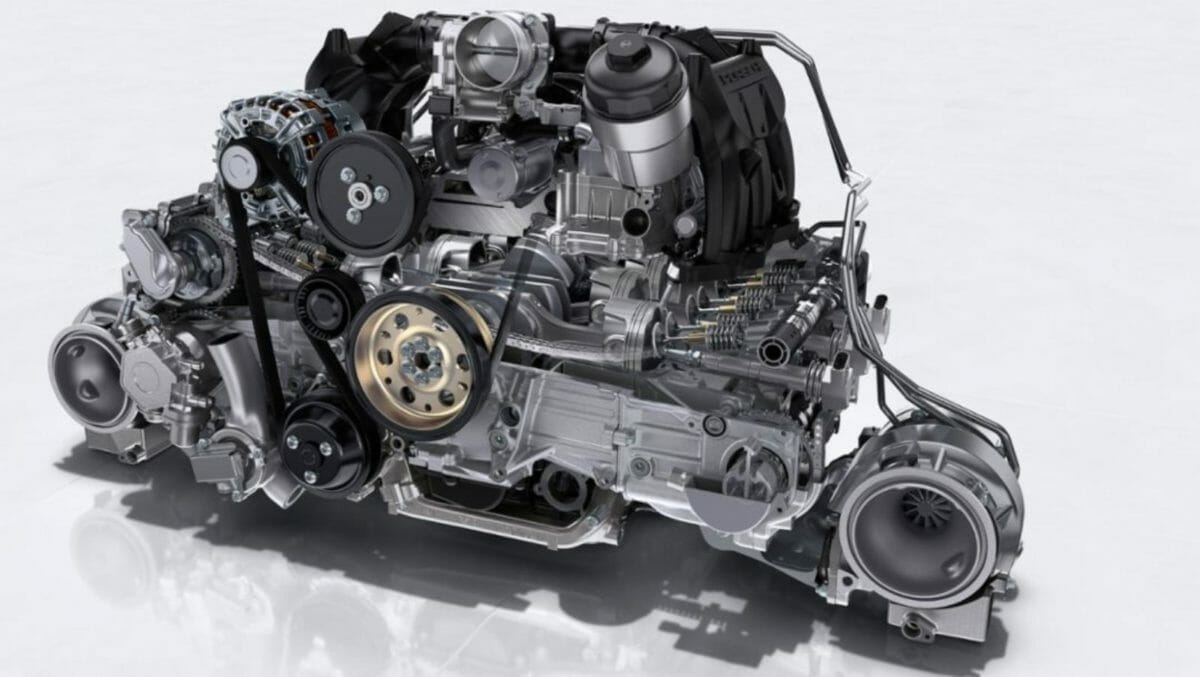 The 3.8-litre six-cylinder twin-turbo boxer engine of the 911 GT2 RS

The ideal choice For a Sports Car

If the flat engine is installed at the rear as in Porsche vehicles, traction is improved because the weight of the engine rests on the drive axle. Until all-wheel drive vehicles conquered the roads, Beetle and Porsche drivers agreed that a car with a rear-mounted engine was by far the best choice for winter conditions. The opposite is also true: When braking, the weight of a rear-mounted engine allows more braking force to be transferred to the rear wheels.

The flat engine – and especially its six-cylinder variant – is particularly smooth-running, with no free moments or free forces. The crank mechanism is ideally balanced, allowing short-stroke sports engines to cruise along at high speeds without excessive strain.

One of the most characteristic features of the Porsche six-cylinder flat engines is the drop in fuel consumption as engine power increases. The concept underlying the flat engine involves a consistent lightweight construction, a low centre of gravity, outstanding revving ability and a high specific output thanks to advantageous charge cycles. All 911 engines need to be sporty as well as suitable for everyday use.

As a basic rule, it takes more effort to manufacture a flat engine than an in-line engine because a greater number of parts are needed. The flat engine needs two banks of cylinders with a valve train, plus cooling or injection. The flat engine is a particularly good candidate for air cooling because the individual cylinders are located far apart from each other and can, therefore, benefit from a direct flow of cooling air.

The fact that the 911 flat engines have been water-cooled since the 996 model series is primarily a result of the four-valve technology. Four valves are a prerequisite for cutting fuel consumption and exhaust emissions while also boosting performance. But this is only a point of interest for fans of water-cooled flat engines.

Today’s Porsche six-cylinder flat engine is a smooth-running machine that also lowers fuel consumption when engine power increases. After all, it only makes sense for the engine that powers the 911 to be suitable for everyday use in addition to an exhilarating driving experience.