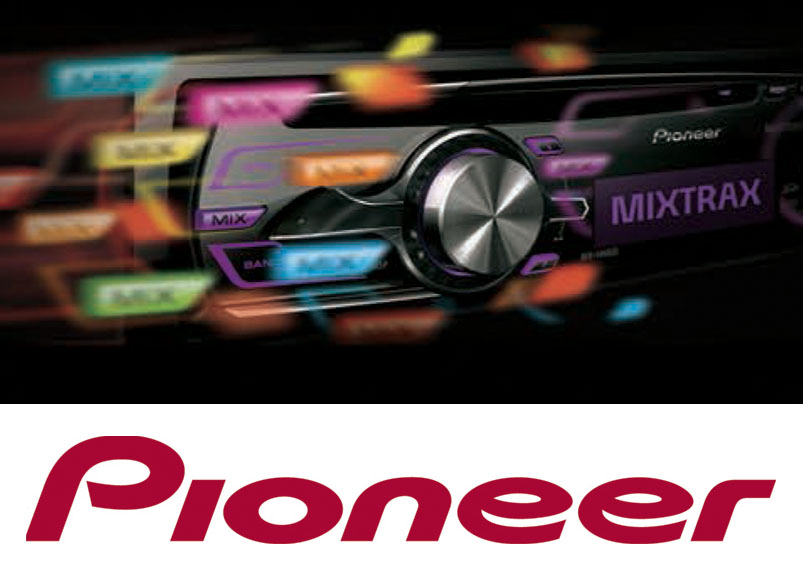 Pioneer Electronics has introduced MIXTRAX, a proprietary technology which creates a nonstop mix of an entire music library to simulate the atmosphere in a club. Designed for music lovers and the club-going audience, MIXTRAX takes the music from an iPhone/iPod or USB/SD device and plays it back with added transitions and effects like a DJ does in a club.

Using Pioneer’s free MIXTRAX music management software, the user’s entire music collection is analyzed and various musical attributes including tempo and beats per minute (BPM) are identified. The software then tags each song and creates an assortment of playlists categorized in different genres and musical styles such as Beat, Chill, and Thump. The advanced analysis of the software identifies the best transition points of each song in the music library, mixes and blends the tracks together, much like a DJ.

Additionally, the Mix Style can be selected between Active, Standard and Simple, adjusting the intensity of the effects and transitions used, and the duration of each track within the mix. The custom MIXTRAX playlists can be transferred to a USB/SD memory device (not included) and played through an assortment of Pioneer in-car Audio Video products.

To further enhance the “dance club in your car” atmosphere, the illumination buttons and display of the in-car CD receivers pulsates and changes color. Two modes of illumination (defeatable), each with six color patterns, create different light effects to give users a cool and fun experience.

“This intuitive technology can also be experienced on your desktop. The software can be downloaded from Pioneer India Facebook page from mid of December” said Mr. Gaurav Kulshrestha, Marketing Manager, Pioneer India.