If you follow Motoroids everyday, you’d know that lately we’ve been posting a lot about Andreas Georgeades and his outlandish creations on two wheels. A successful racer and modern legend, Andreas has spent a lot of time and elbow grease in his backyard, trying to fit monster size motors under the fuel tank of a motorcycle. 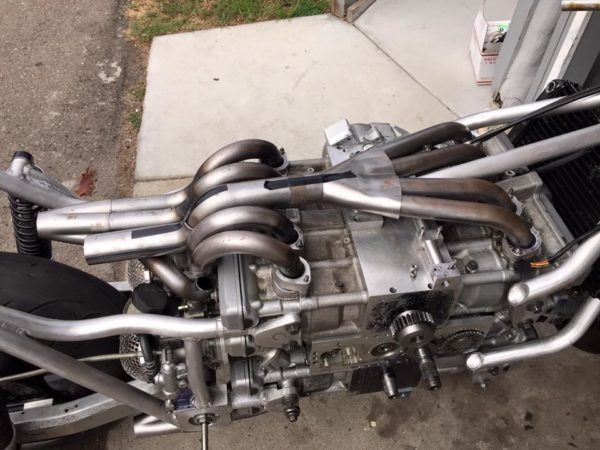 For those unaware, he’s built bikes which are powered by a Ferrari sourced V6 and a V8, and even went on to add a home spun supercharger to the six cylinder build. Then, he skipped the number 10 and welded two inline 6 motors from the Honda CBX 1050 to build his own V12 CBX. 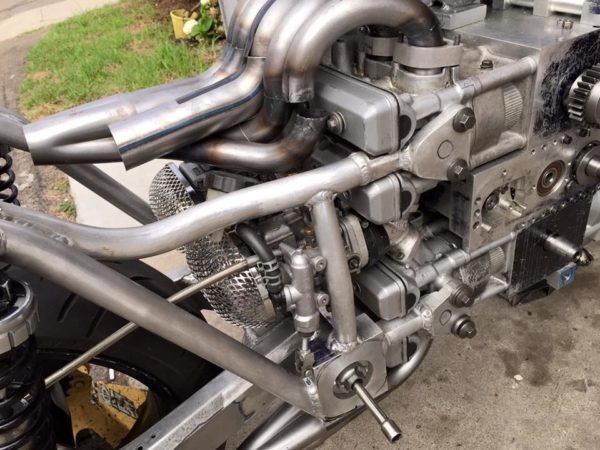 For his next project, Andreas is taking four Yamaha YZF600 sourced 599 cc inline-four engines to build a 2396 cc H16 monster. The basic structure of the engine is two engines put together to form a flat-eight and then two flat-eights stacked on top of each other with a CBR 1000RR gearbox sandwiched between the cranks. There are two shifting drums at each end, connected with a chain. The design of this 16-cylinder motor is much like the old Formula One engines built by BRM in the 1960s and will make use of custom built crankcases, with four Dellorto carburetors fueling the fire.

This 16-cylinder motorcycle will employ a straight pipe exhaust system which will allow an unrestricted roar to rumble out from the engine, for the first running at least, with a later addition of mufflers. To contain all that power, a slipper clutch has been lifted from a Honda VF1000R along with a few clutch components from the Honda CBX. This demonic setup will be bolted onto a uniquely fabricated, hand-built frame, with separate front and back sections which will hold the motor together as a stressed member. 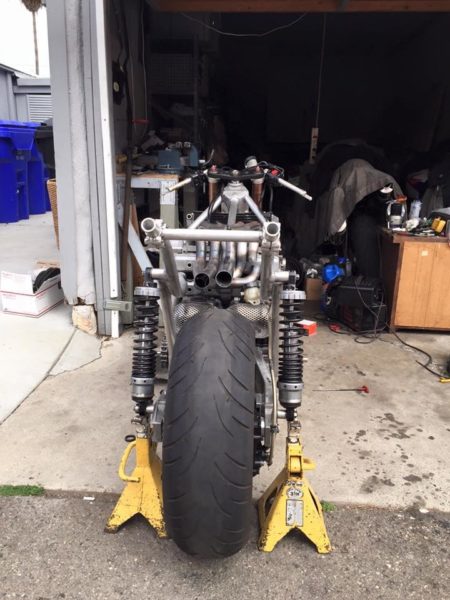 Like all his earlier creations, this time too, Andreas is banking on his skills, belief and his will to complete the build. There’s no such thing called as a computer that he uses to create these machines. He just thinks it through, sketches it out and gets to work. This 16-cylinder motorcycle is still in the works, and as per the latest update, with internal machining left to do on the engine, along with the task of making oil pumps, water pumps, ignition, gearbox, oil circulation through the cranks, and all other miscellaneous stuff, it should take another four years. 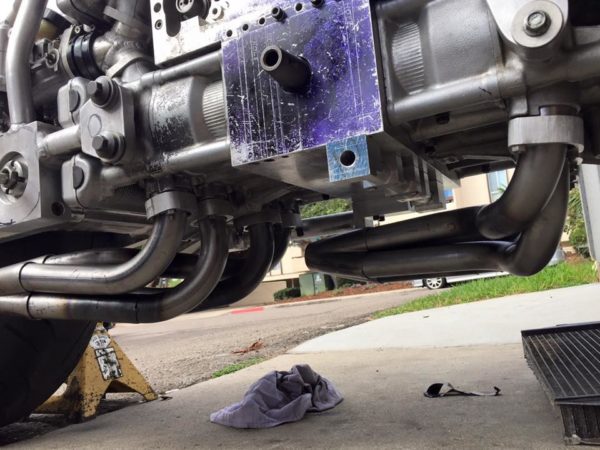 We are amazed at Andreas’ abilities and his will to create what otherwise seems like a thought too outlandish to become real. An example, a living legend, an exceptional engineer and someone who commands a lot of respect. Andreas is 75 now and it is still hard to keep up with the champ when he sets out carving the canyons around San Diego on his bike. What a man!