Car buying in India is a collective decision where the family plays a big role. One of the biggest and important purchases in life after a house, a car for most is the space where the family spends most of its time together, unless indoors. For that reason then, a product tailored for India cannot just focus on one thing alone and must offer something for everyone. At the same time, it also must be unique and excel in all those popular departments. Taking all this into consideration, the Nissan Kicks was introduced as a versatile SUV for India.

A Global product, the Kicks was built using Nissan’s expertise in the SUV space, which has given the World accomplished and much-loved go-anywhere products like the Patrol and the Pathfinder among many others. Well received since its introduction in India, Nissan decided to invite its customers for an evening which celebrated the faith they had put in the brand and the new Kicks. 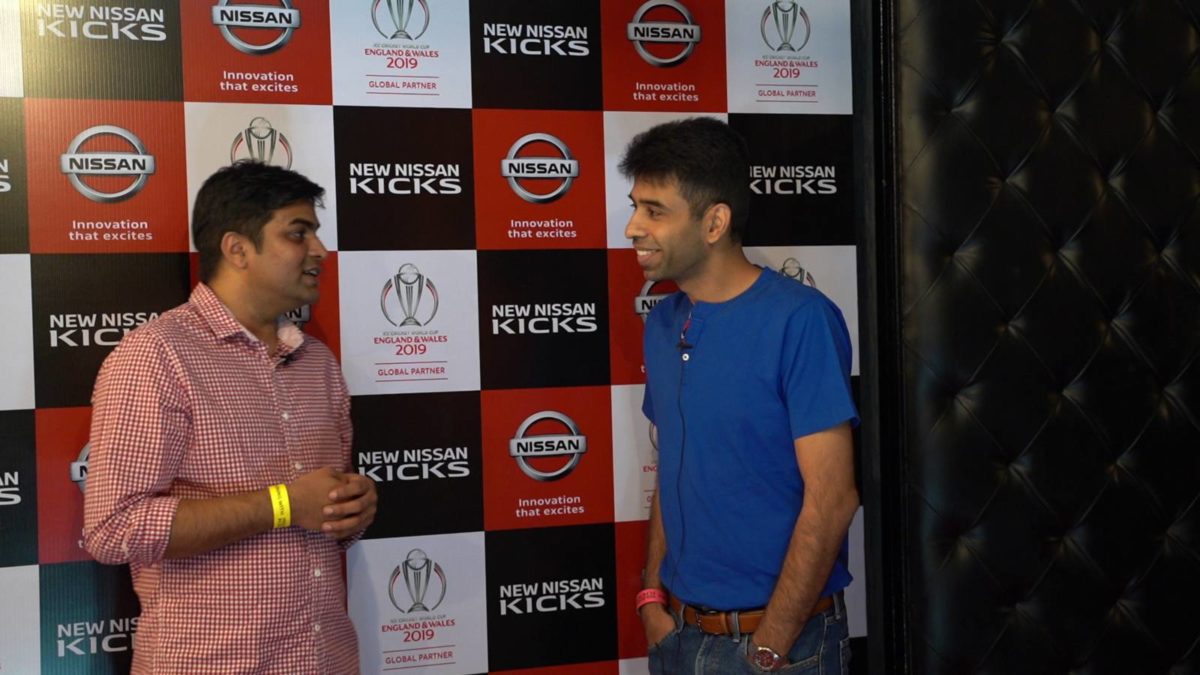 Aptly called ‘An Evening With The Nissan Kicks’, the Hard Rock Cafe in New Delhi was the venue for like-minded people to indulge in conversations which also revolved around the common factor – The Nissan Kicks. But besides that, the evening commemorated their choice, allowed them to let loose on a Saturday night, and spend time with family and friends while doing all that. At the event, Nissan had also showcased two Red Hot beauties – The Nissan GT-R and the all-electric Leaf. While the former is already on sale in India, the latter is being considered as a tool which will help Nissan to help India in its endeavour to go all-electric in the coming years. 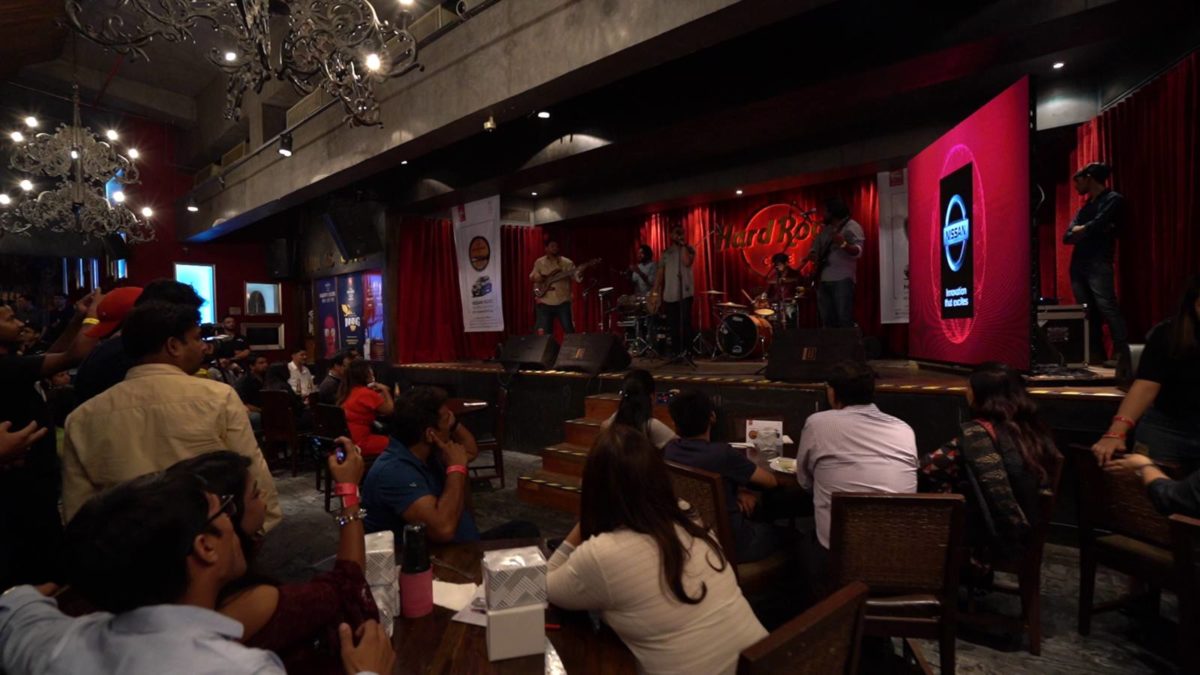 Coming back to the Nissan Kicks, we interviewed genuine customers of the vehicle to ask them about their purchase. And almost all the people we spoke to, voiced their praise about the product. The common factor between these strangers who were connected by the Kicks was that all of them loved how their car has a presence which made them stand apart and made them look unique for the choice they made. 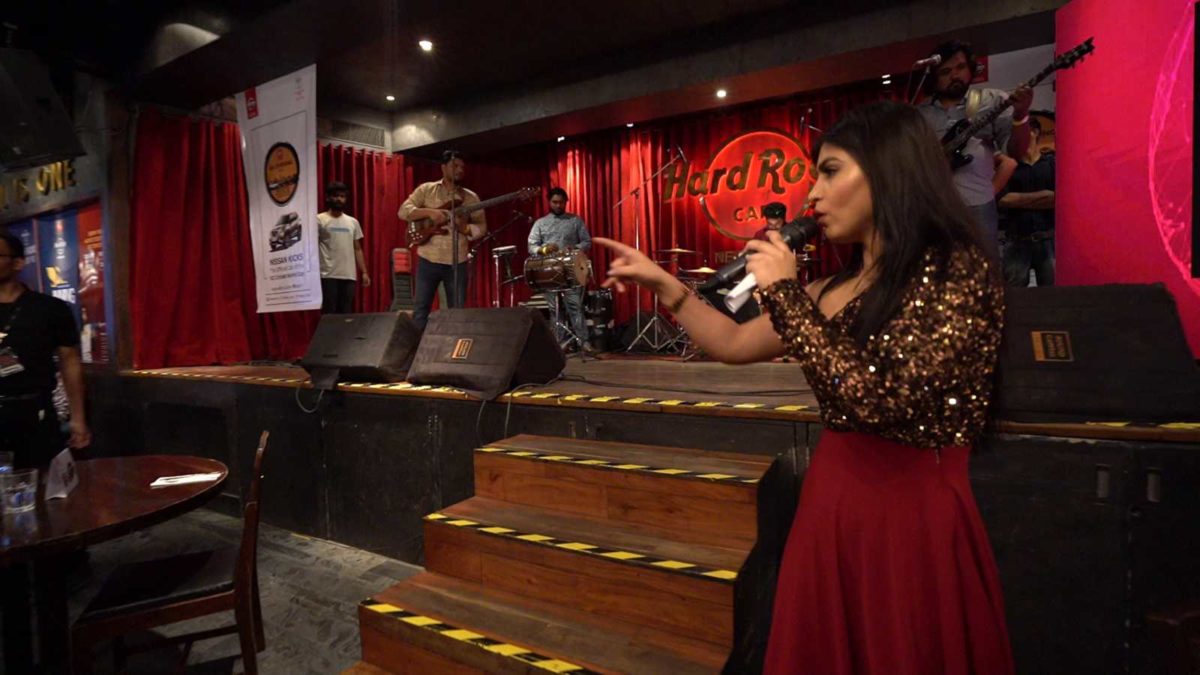 Words of praise for the appearance of the Nissan Kicks were followed by verbal accounts which spoke about the car’s tank-like build quality which made the Kick’s owners feel cocooned in safety, the SUV’s ride quality, composure, and its new-age features which mirrored modern India’s lifestyle. A certain grey-haired gentleman was also impressed with how the folks who handled the after-purchase service department were all ears to his queries and concerns. 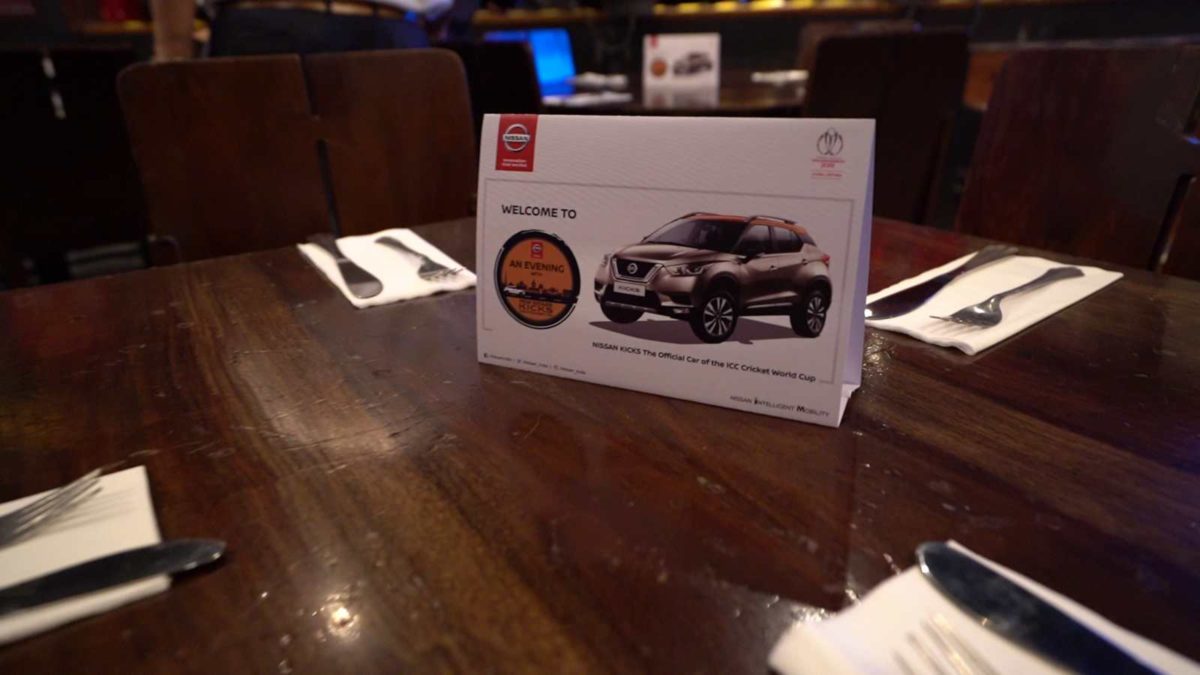 Once inside, although the Nissan Kicks was the common factor for such versatility at the Cafe, it was time for the good things in life to take over. What are those? Music, Food and a lot of smiles. The evening also allowed customers a tête-à-tête with representatives from Nissan who were there playing host and also acting as ears for the car maker and its customers. They were out there listening to feedback, praises and also what these existing owners wanted from the next version. Now, when someone brings that into a conversation, it is certain that their experience has been such until now, they have already zeroed into their next car. 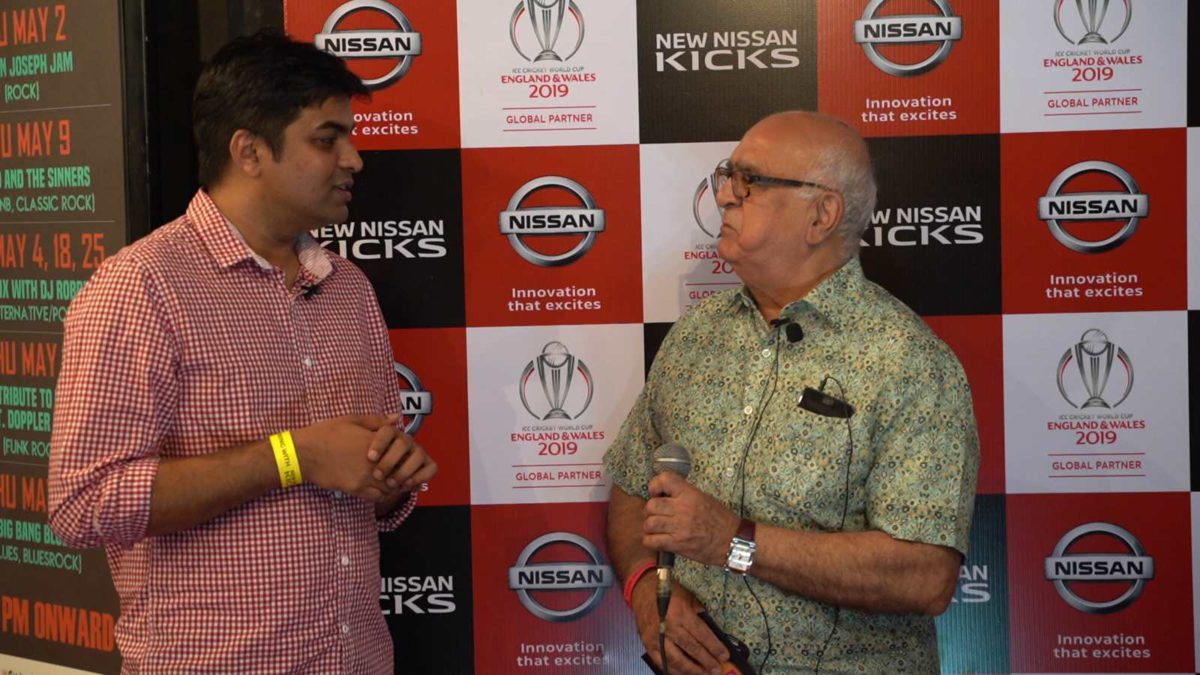 We also had a chat with Mr Sriram Padmanabhan, Vice President, Marketing, Nissan India. He told us how the Kicks, although a global product, had to be tailored for Indian needs and how its highlights focus on the needs of the Indian customer. How events like these put the focus on the people who buy their products, appreciate the efforts that went into building a vehicle like the Kicks. And how Nissan, like the entire country, is excited about the 2019 Cricket World Cup, for which, the Kicks is the official car.