A few years ago Sarath Kumar would attend motorcycle races to watch his friends in action. Nowadays his competitors are having a tough time keeping him in their sight during races! 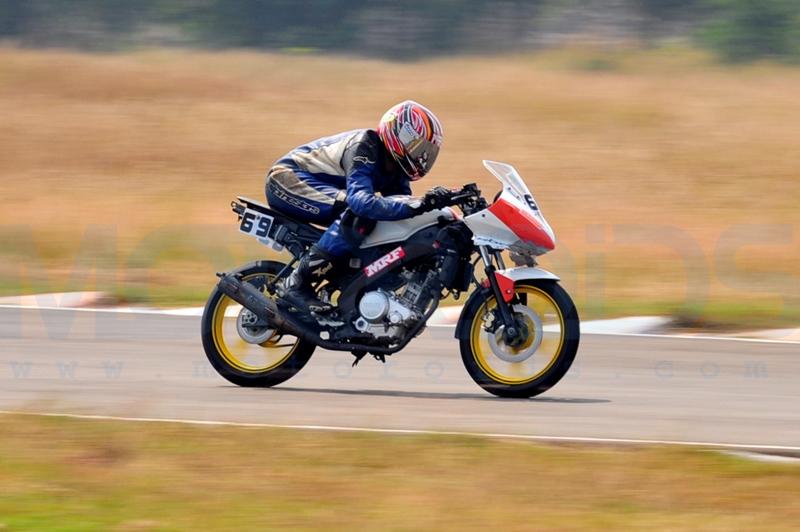 When the average motorsport enthusiast is around 18 years of age, the dude continually daydreams about attaining racing glory. He also gets wet dreams about racing big bore motorcycles and being surrounded by hot pit girls. Our Biker Personality of this issue Sarath Kumar, was quite similar to the ‘Motorsport Joe’ in that respect. That’s only with respect to the first sentence. We didn’t question him about his non racing motorcycles dreams.

At 16 years of age Sarath Kumar decided to breakaway from the ‘wannabe teenage racer’ stereotype by giving a shot at realizing his racing dreams. Like the majority of top rung racers in our country, Sarath too had an unconventional entry into the world of motorsports.  A few of his friends who were bitten by the racing bug would head over to the track every weekend to compete in various events.  To ensure that he was playing the role of a true friend, he would accompany them at each and every race.

Since childhood he always had an inclination towards becoming a sportsperson and being part of some team. He always dreamt about it but wasn’t sure about how to go ahead and realize it. As the races went by, Sarath developed a fascination for the sport and decided to get a firsthand experience in it.  He convinced himself that that the only way of realizing his childhood dream was through the world of motorsports. 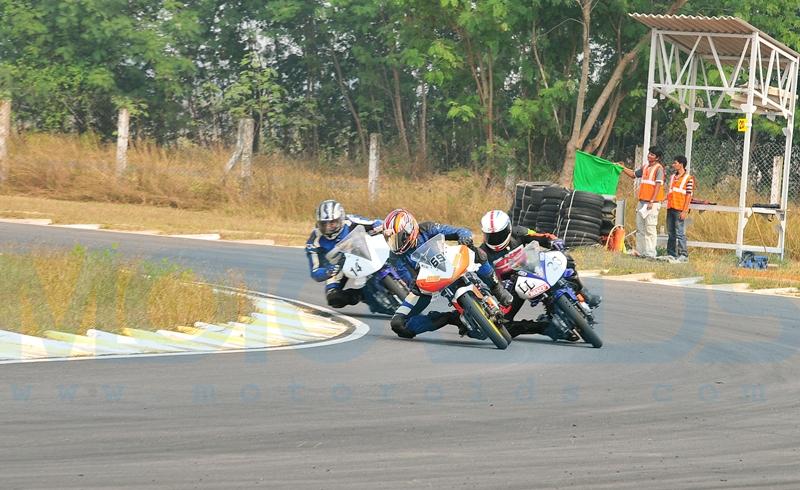 In 2008, he started his professional racing career by taking part in the local classes and ended up bagging the winner’s trophy in two races. The same year TVS Racing took him onboard as their official rider in the 125cc class. He exceeded the expectations of the factory team by winning the championship trophy for them in his debut year! TVS Racing retained him for the next season and Sarath ensured that it didn’t turn out to be a bad decision for them.

In 2009, he represented TVS racing team in three races and finished each race on the podium!  In the same season a bigger opportunity came knocking on his door. A private racing outfit namely TEN10 Racing offered him a contract to race for them. He joined the team and raced for them in the remaining races of the season. Once again he made his team proud by finishing as the first runner up in two races and occupying third place in another!

He has started the 2010 season on a winning note too. He won the endurance race conducted at the Kari Speedway in Coimbatore which was part of the Mecco Festival of Speed. The race comprised of 66 laps and lasted for over 90 minutes with a compulsory pit-stop for all teams. Sarath showed his maturity by keeping his cool while factory riders tried to unnerve him by challenging him to dogfights. His on-track maturity, consistency and hunger for winning will take him places.

When quizzed about his racing philosophy, Sarath calmly replies that his sole goal while racing is to win irrespective of any trouble that might crop up. His career graph proves that he isn’t lying! He has also charted his future racing plans. This year he is aiming to win the national champion title. In 2011 he intends to move up the ladder and race in the 600cc superbike category.  In the same year he also plans to compete in the Asian Road Racing Championship. 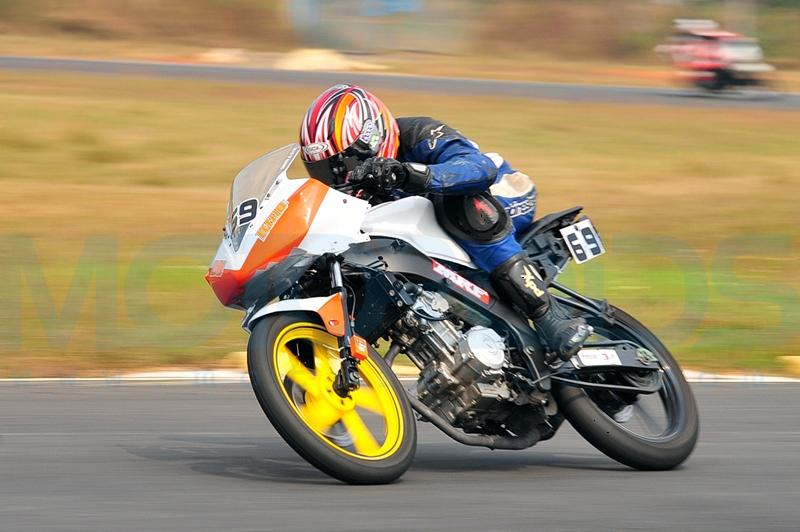 While talking to him, one can easily gauge his deep passion for racing. He is comfortable with the risks and injuries that usually accompany an active career in motorsports.  Sarath calmly mentions that he doesn’t worry about likely crashes or injuries for they are bound to happen once in a while.  He considers Valentino Rossi and K Rajni as his racing idols. Apart from being a professional motorcycle racer, he also plays the role of a full time student. He is currently in the 12th standard.

He also faced the common dillema of gaining parental support at the start of his career. When he first expressed the desire to compete in motorcycle races his parents got worried.  Like the majority of parents they too considered it to a dangerous sport.  After he took part in the first couple of racers they saw his potential. This made it easier for Sarath to convince his parents about his racing ambitions. His parents now completely support and encourage his passion for racing motorcycles.

Sarath too agrees that the state of motorsport in our country needs drastic improvement. He is unhappy about the fact that racing is still looked down upon in India and very few people are aware about it. He feels that if the events and the racers get more coverage by the media then more venues will open up for the sport in the country. It will get a lot more people interested and the racers will get more recognition.

As the conversation aproached its end, he didn’t forget to thank his team Ten10 Racing for their support.  He feels that the help provided by Ten10 Racing has aided him in realizing some of his racing dreams. The humble teenager further adds in that he will do his best to make sure that he wins more races for the team this year. Majority of motorsport critics and followers believe that in the next five years, a select few Indian racers will make a mark on the international circuits. We reckon that Sarath Kumar might just be one of them.  Watch out for him!