Does the impressive new Pulsar 135 manage to bowl out the FZ 16 on the 150cc wicket? 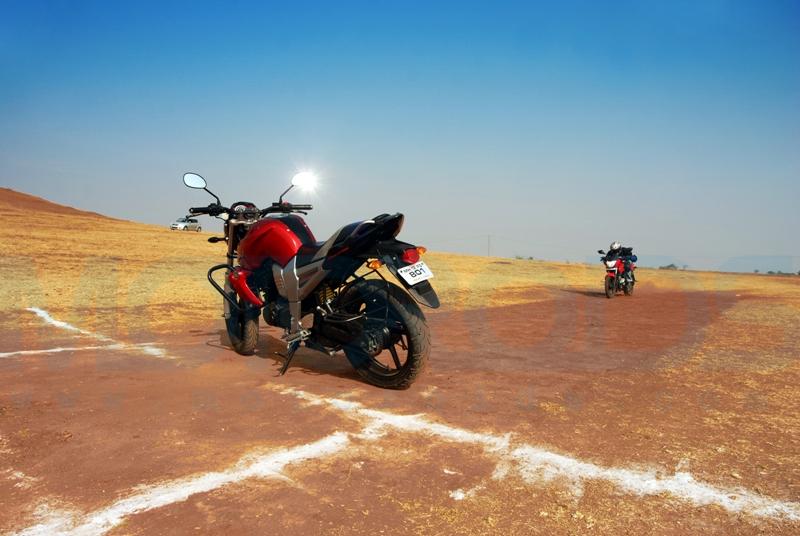 Look son, a two-wheeler is meant for commute. And trust me, someone like you doesn’t need a motorcycle to prove his rowdiness. What do you need a big motorcycle for? I have been using my Kinetic Honda for the past 15 years, and I have made it to every appointment in time. Moreover, I don’t want to see you splattered on the rear windscreen of a car. No big bikes for you.”

Oh, so you want me to buy you a Bullet now? That’s the only bigger bike around. Just forget about it, you are not getting any fast machines just yet”

It’ll be wrong to blame the fretful dad for being sceptical about his son’s skills. No one would want to hand his offspring a knife to slash himself. Whatever the reason for their scepticism – lack of knowledge, their son’s terrible track record with dad’s stolen scooters or friends’ borrowed bikes, or plain disbelief – Indian parents won’t feel comfortable gifting their son a Pulsar 150, or any 150 for that matter as their first ‘proper’ motorcycle. It’s too big, too bad and too fast for their comfort. 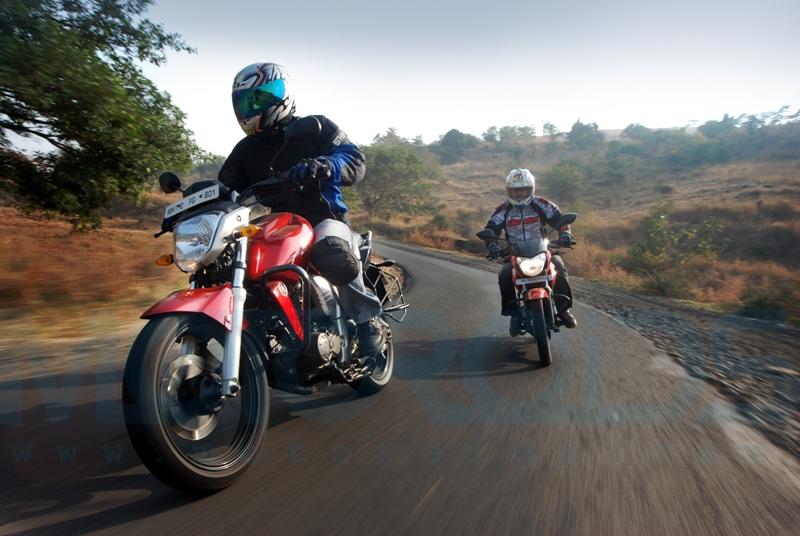 The positioning of the new Pulsar 135 in that context is bang on! It carries the most sought after ‘Pulsar’ brand on its tank, it’s got a brand-new 4-valve tech from Bajaj, it’s deceptively small, and it costs substantially less. So now fresh into college kids have an appeasing line for their obstinate dads. “Fine then, I’ll live with the Pulsar 135!”

But the real question here is whether they are really buying a potent machine or fooling themselves along with their guardians as they decide to opt for the 135. Is it good enough to work as a substitute for a proper 150 machine in terms of performance to be called a good compromise? We pit it against the current leader of the 150 crop – the Yamaha FZ 16 to see whether it has the firepower to pose a serious threat.

Let’s make a few things very clear at the very outset though. The FZ definitely has a much superior aspiration value as compared with the Pulsar. It looks bigger and more imposing with aggressive streetfighter looks – it can arguably be called the best looking 150 on Indian roads. Plus it comes packed with goodies like a mono-shock suspension, wide radial tyres and an engine that’s got a really meaty mid-range to suit city riding. If one has the money, the FZ definitely makes for a more desirable machine for a youngster, but the real question is whether the P135 matches the bigger Yam functionally. 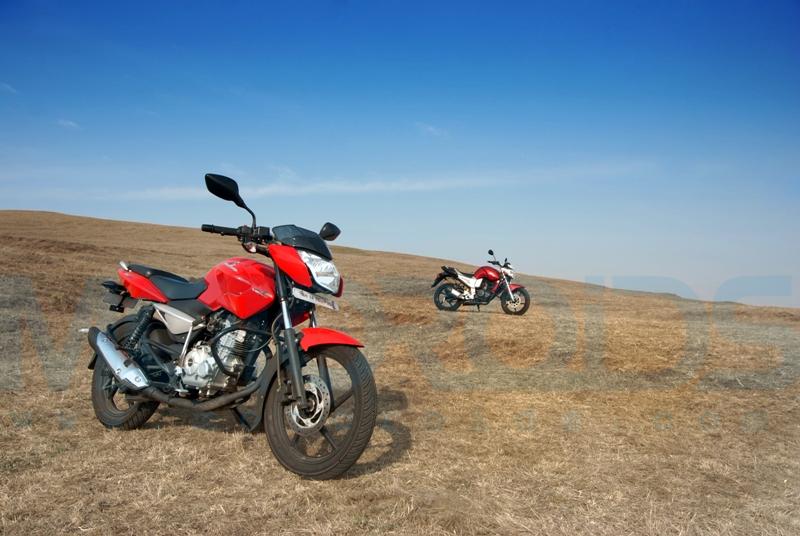 A quick look at our test figures for the two bikes suggests that it does – in terms of straight line performance at least. It’s quicker off the block, and the revvier, peakier engine ensures that the lighter machine gets propelled to a higher top speed than the FZ too. Let’s do bit of number crunching to substantiate our observations. The FZ’s 0-60 sprint time is 5.67 seconds, 0.4 seconds slower than the Pulsar. The 135 opens the gap further on the FZ as the two bikes advance to the 80 km/h mark. The Pulsar even with its smaller engine goes on to post a higher top speed of the two, showing a speedo indicated 125km/h before running out of breath. 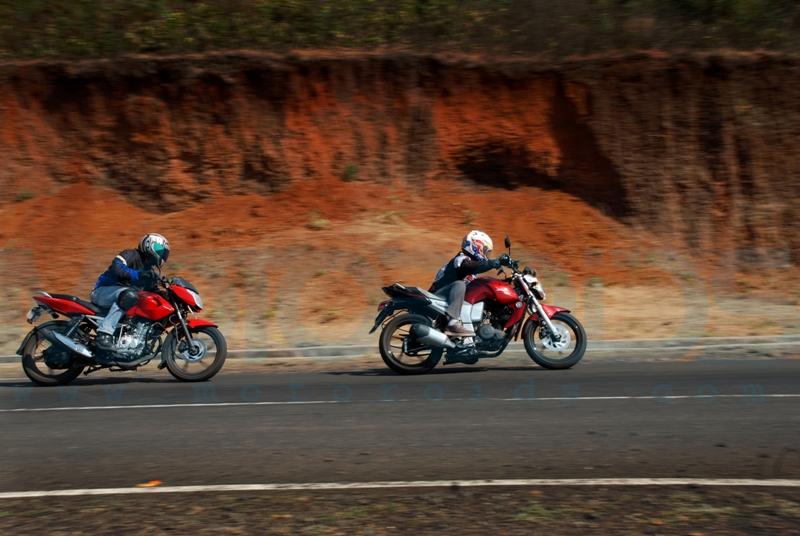 The FZ, on the other hand, starts feeling harassed after the 100km/h mark. Top whack isn’t something the FZ prides itself upon. The engine is uncharacteristically lazy for a Yamaha and doesn’t like being forced into going above  the 6500 rpm. Put it in a higher gear, and it’ll happily pull you along without any signs of splutter or stagger. Push it to the limit, and you’ll know it’s displeased.

The Pulsar, on the other hand invites you to treat her badly. A smaller capacity engine means that the juices flow only once you go relatively higher up the rev range. However, the Pulsar never feels wheezy. It’s got great amounts of urgency and confidence for a 135. It challenges proper 150s with confidence which was always missing in the previous similar pretenders. As regards performance, the Pulsar, then, is a properly accomplished tool, which can give any 150 a good run for its money, its own elder sibling, the Pulsar150 included.

But like most good things, the P135 too has a darker side to it. The amount of engine noise and vibrations that the 4-valved engine emanates brought a frown on the foreheads of almost all the fellow riders who swung a leg over its saddle. The engine note from the newly developed engine is rather loud and harsh. Not that Bajaj has traditionally been known for the smoothness and refinement of its engines, but the P135’s mill is exceptionally noisy. The vibes at the handlebar and the footpegs after 6000 rpm are a little too unsettling. Of course there are people who appreciate uncouth behaviour from their machines as it augments the feeling of speed and involvement. However, our opinion at Motoroids is that it’ll work in Bajaj’s favour to eliminate the excess vibrations. 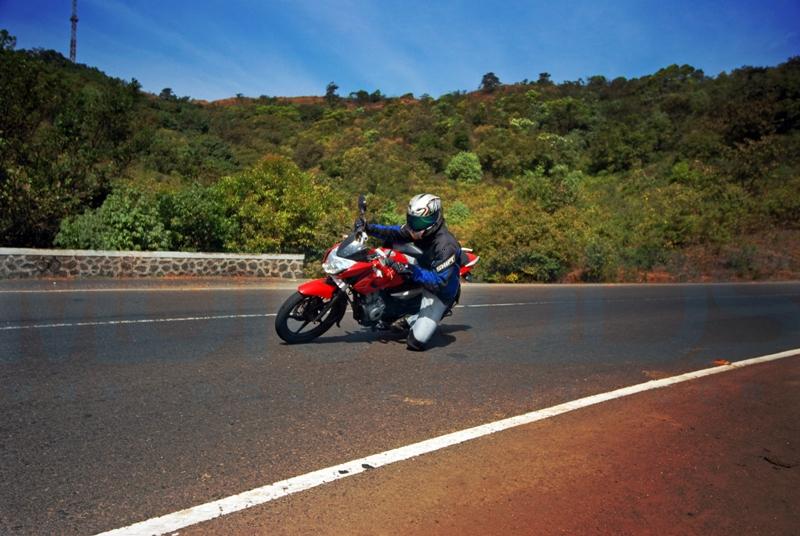 The FZ in comparison feels way more smooth and refined. Although the engine noise at high rpm, especially when you are trying to push the bike hard around uphill twisties feels rather characterless and whirry, and doesn’t entice you to go faster. After 6500 rpm, the FZ’s engine tends to turn down any requests or commands to enthral any further. The FZ, then, isn’t for the jockeys who like whipping their steeds to go faster until they get frothing mouths. It’s for the riders who enjoy a steady gallop on their stallions.

Around the twisties, the Pulsar exhibits its handling prowess with élan. The smallish machine is a joy to throw around corners. Unlike its earlier 135 and 125 cc offering, Bajaj has managed to endow the P135 with a very reassuring pair of wheels. 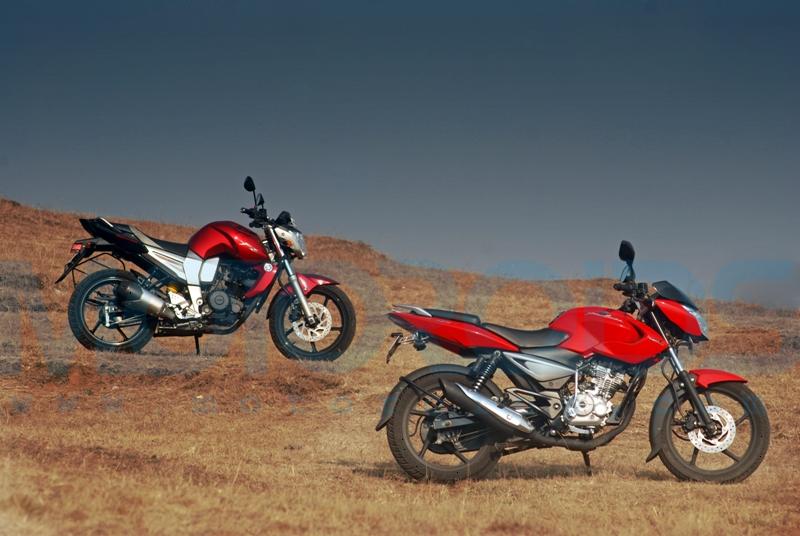 The light weight of the machine along with its compact dimensions and a laudable handlebar-saddle-footpeg geometry lends it great nimbleness to bend and rise up again quickly. The suspension is slightly on the stiffer side, which really helps when you cling on the handlebars while hanging off around sweeping corners. A relatively shorter saddle height means putting the knee down isn’t really an issue. Clip-ons are a rarity on bikes of this size, and the Pulsar is the first bike below the 150cc category to sport the feature. Not only the Pulsar’s clip-ons look cool, they have been positioned just right for a great mix of comfort and sportiness. All in all the Pulsar culminates into a great riding experience owing to its keen, revvy engine and great handling traits.The only negative, as we mentioned earlier, are the harsh engine sound and the vibes at the handlebars and the footpegs.

The FZ has a relatively upright seating position. The straightish handlebars offer a new kind of an experience to a rider who hasn’t ridden such a bike before. It doesn’t take much time to get used to the set-up though. Once on the move, the FZ delights you with its straight line stability which is a result of its mono-shock suspension, great chassis and widest-in-class radial footwear. However, right from the very moment you board the machine, you get a feeling that this one isn’t meant to be thrown around bends with disdain. The upright stance, the meaty mid-range power, and foot-pegs that love digging into the tar sooner than you ever think don’t make for a very rewarding experience when you get into Destroy mode and start assaulting corners. The stability of the machine isn’t an issue at all, mind, it’s just that when you take this baby to its extreme limit, certain things indicate that it isn’t enjoying its time there. 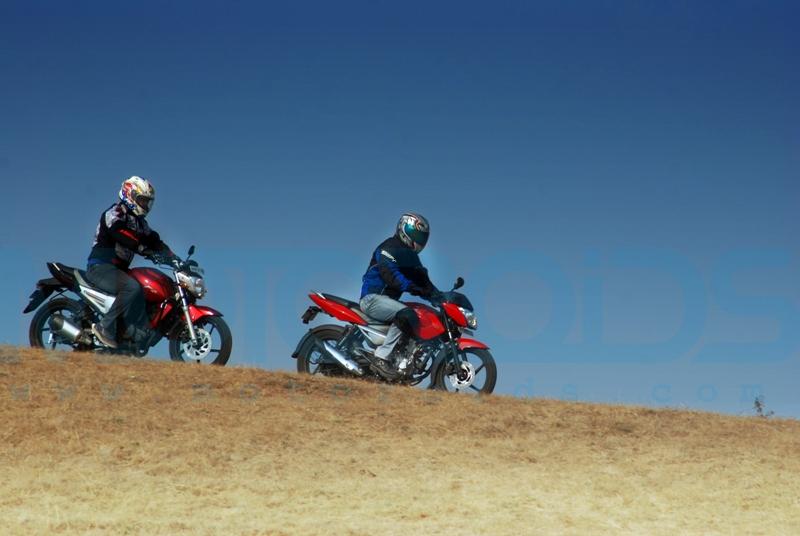 Comparing apples with apples, the Pulsar is definitely a more accomplished bend carver and would entice a track junky much better than the bigger Yamaha any given day. Then again, the reason why it accomplishes the feat is because of the fact that it’s meant to be sporty, quick and nimble. The FZ on the other hand prides itself upon its cool quotient and doesn’t make any pretensions about its agility and speed. It does what it’s meant to do very well – look great and make for an accomplished, relaxed ride. It isn’t a bike for the restless rebel for sure. 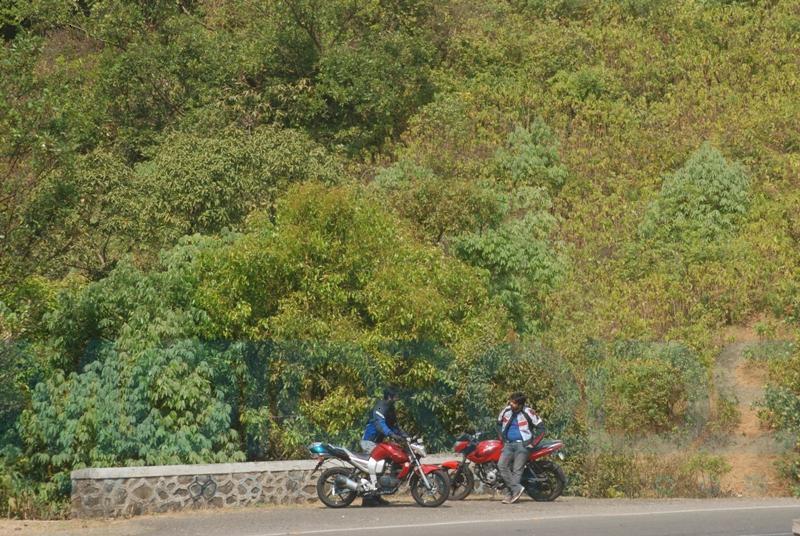 With its beautiful form, which has been beautifully executed by Bajaj designers, the new Pulsar is definitely the best looking machine this side of 150cc – however, the bike that it’s up against – the FZ still takes the overall aesthetic accolades. The FZ looks bigger, has more street presence and that streetfighter look really adds to its appeal.

All in all the Pulsar 135 really has the 150cc leader licked in terms of performance and handling. However, the FZ still rules in terms of street presence, aesthetics, straight line stability, refinement and desirability. So if you aren’t too tall (as the 135 is a real pocket rocket) and don’t have anything more on the agenda apart from performance on a budget (don’t even think about refinement), then don’t think twice before bringing home the baby Pulsar. Its delightful looks will add up as a bonus. However, in case you’re looking for something more substantial with oodles of style and presence, then look no further than the FZ.

As for the big question we asked in the opening page of this article…do we hear a very strong LBW appeal? Oh yes!