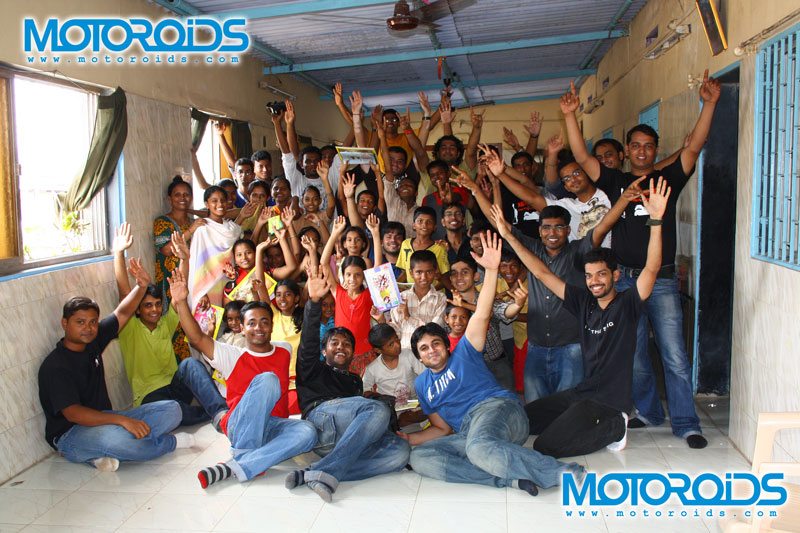 “My name is Rahul,” he said with a bright and the most innocent smile ever, “and I like to dance,” he added. But when I asked him to show us a few favorite steps, he refused with the most cute and childish shy expression on his face. He was less than half my size and it had been not more than 2 minutes that we even saw each other for the first time. But he spoke to me as if we have been living as brothers since decades. He was carefree and bold and wasn’t shy to make new friends. He was an orphan and we were at the Good Samaritan Mission, a house for the orphans and abandoned. The orphanage is situated in Tagore Nagar near Vikhroli and consists of 3 different buildings, two for children (girls and boys) and one for the dying and destitute. 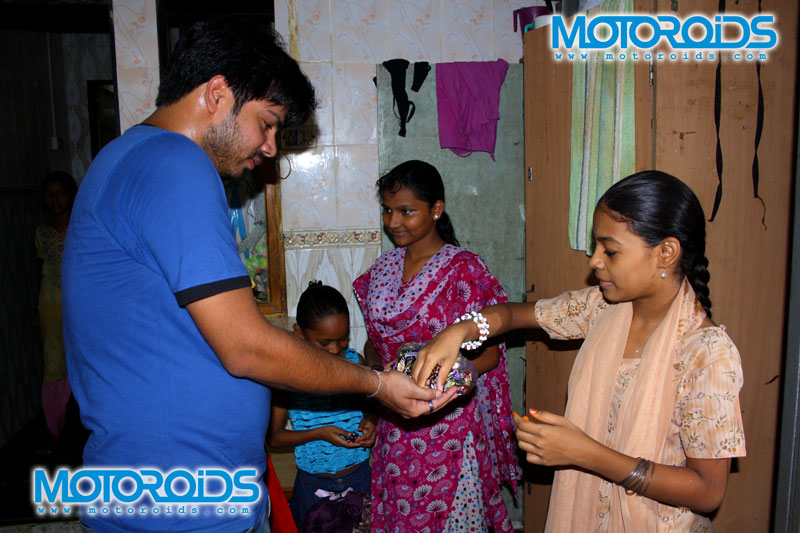 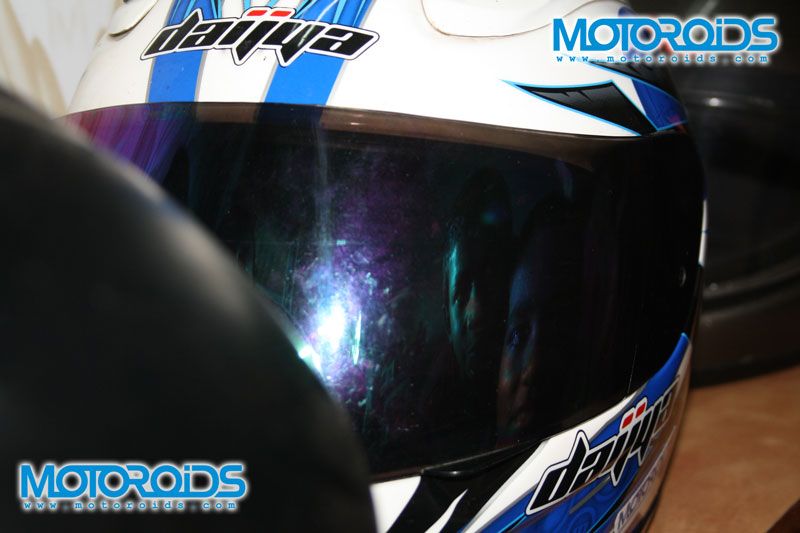 Children trying to peek into the world of Biking 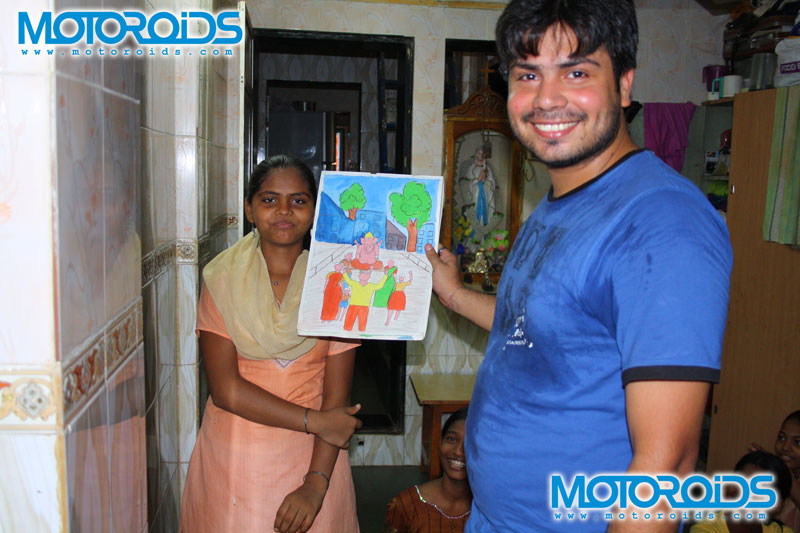 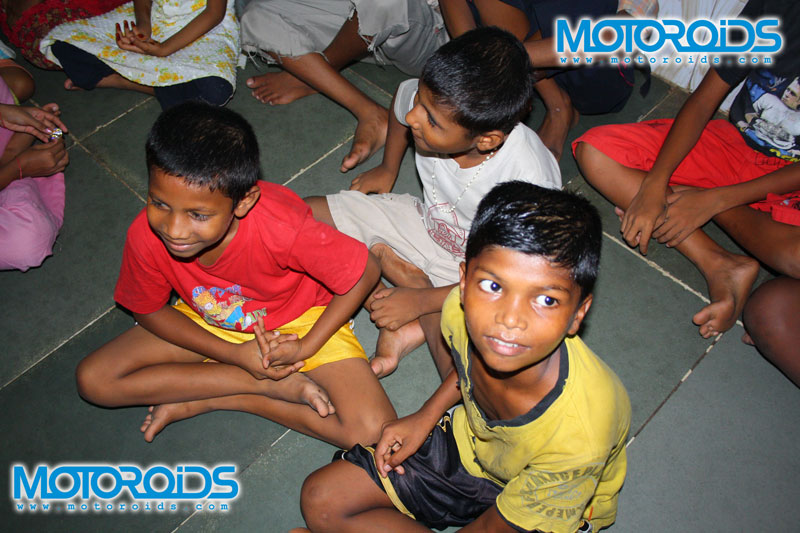 It all started off a few weeks ago in the Motoroids when Rohit Upadhyay a.k.a. Beruoist displayed a few pictures of his earlier visits to the orphanage. Soon, the thought of visiting the orphanage started erupting in everyone’s mind and finally, it was decided that we will finally have our second MotoMeet and this time, it will be for a cause. We decided to meet at the Orphanage on the 1st day of May, 2010 and spend some valuable time with the less fortunate kids. 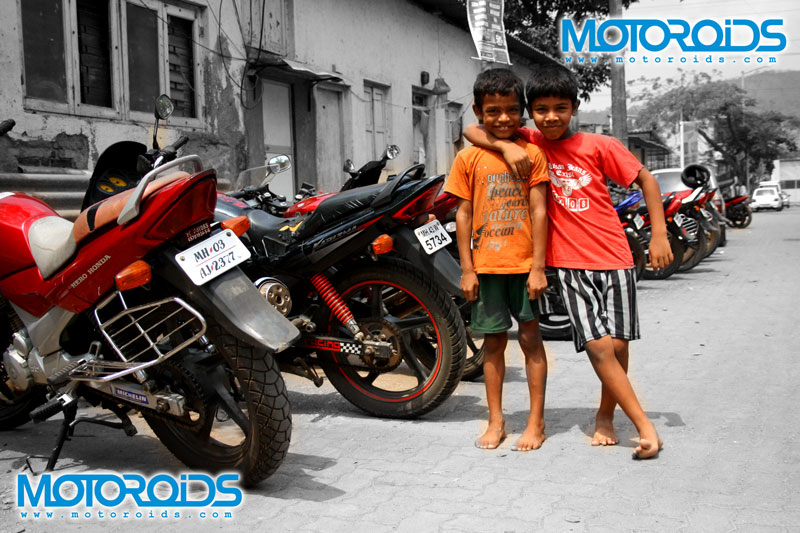 Yes! They too love the machines! 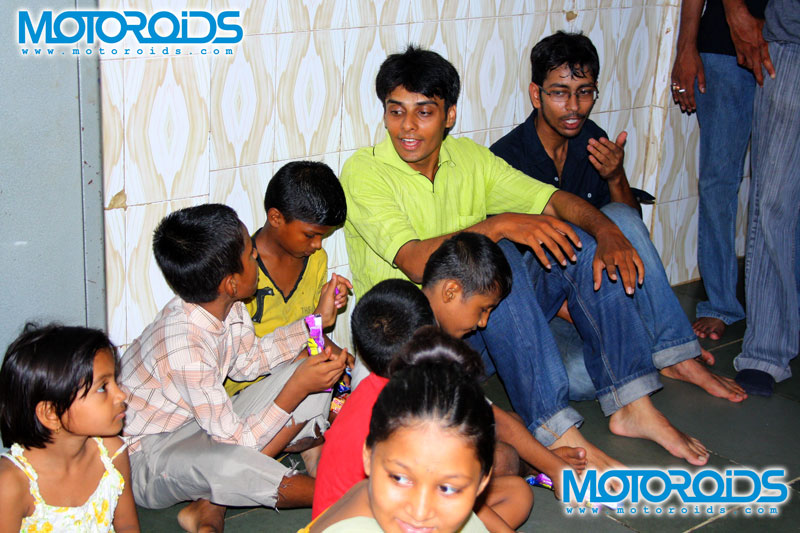 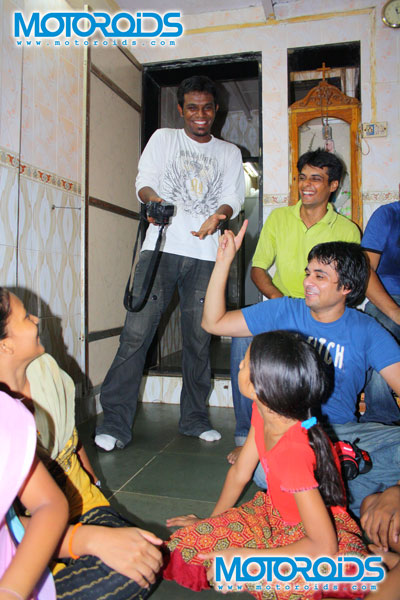 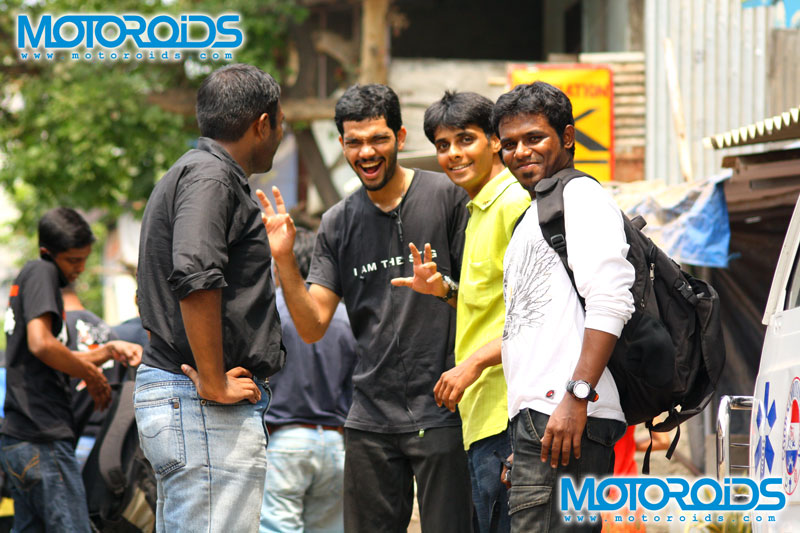 It was quite surprising that I had never heard about this orphanage even though I have been living in Vikhroli since my birth which makes it 19 long years. Nor did my friends know about the place. However, we were very much excited to pay a visit to the holy place which was closest to our cribs as compared to the other riders hailing from as far as Pune. At the decided time, me and my friends along with Amit assembled at the Eastern Express Highway and waited for the rest of the team. We were planning to buy a computer for the kids. It was then that we got a call from Gopinath (Razorblades). He told us to carry on as Winsey had not showed up yet. So we left in search of the orphanage. In no time we were at the boy’s wing of the Good Samaritan Mission. However, not much of the boys were there as they had gone with their parents on holiday (the orphanage was not only for orphans but also for children whose parents can’t afford to offer them basic necessities). It was there that we met Rahul and one thing I observed for sure, that these orphans or less fortunate children are much more bold and friendly than normal kids. We headed with the few boys to the girl’s wing where there were about 25 to 30 girls of different ages. 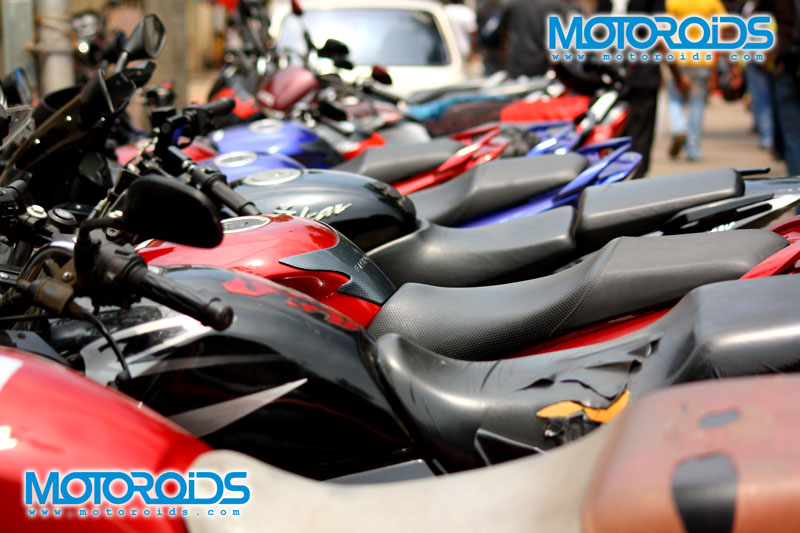 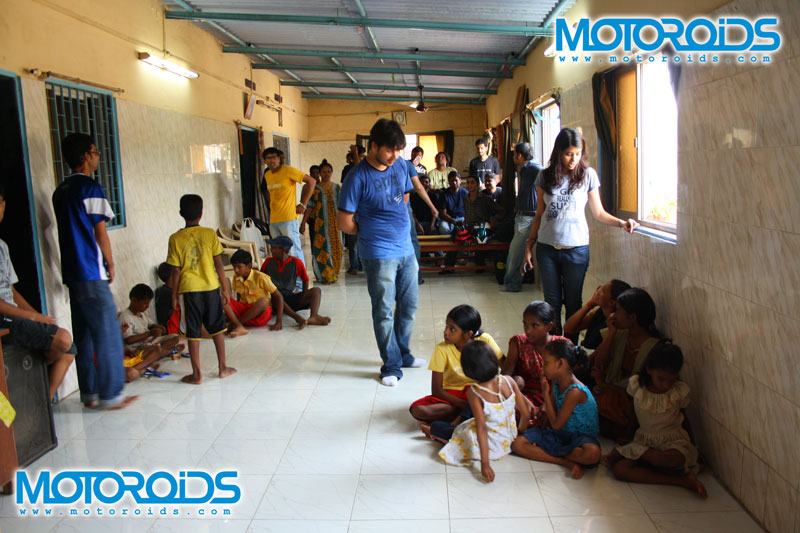 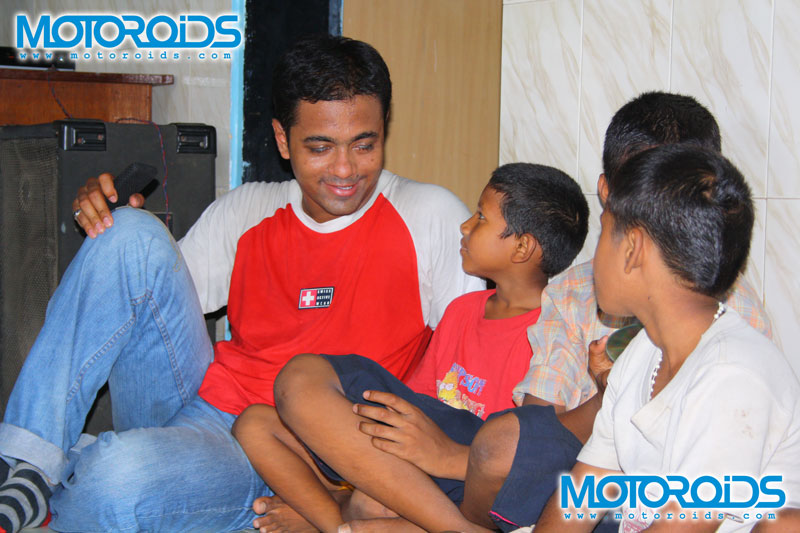 The orphanage owned by Bro. S. Peter Paul Raj in all gives shelter to about 100 children varying from the age of 7 to 18. The trust has been allotted more land elsewhere so that they can provide shelter and welfare for more children. The orphanage is basically a mission taken up by the owners to provide welfare to the needy. The cause is supported by various international organizations which provide them money, food and other basic necessities. They children are familiar with the computer and most of them have attended computer classes. All children go to school and are good as far as academics are concerned. 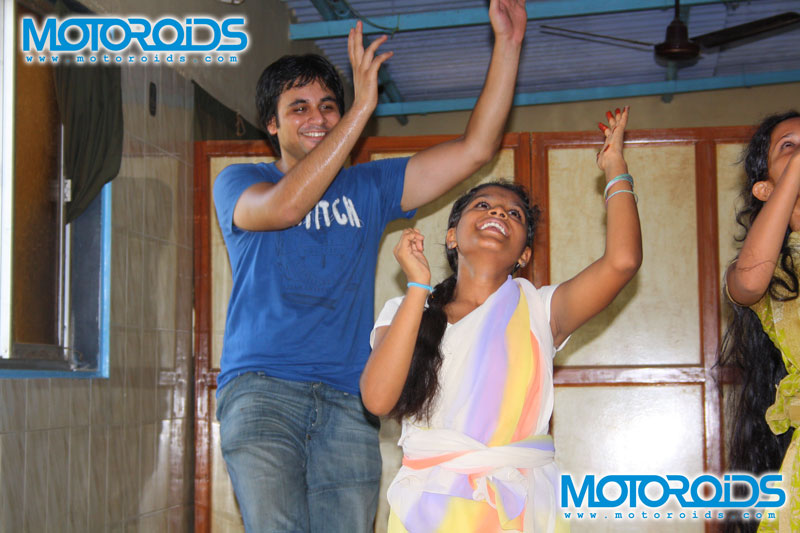 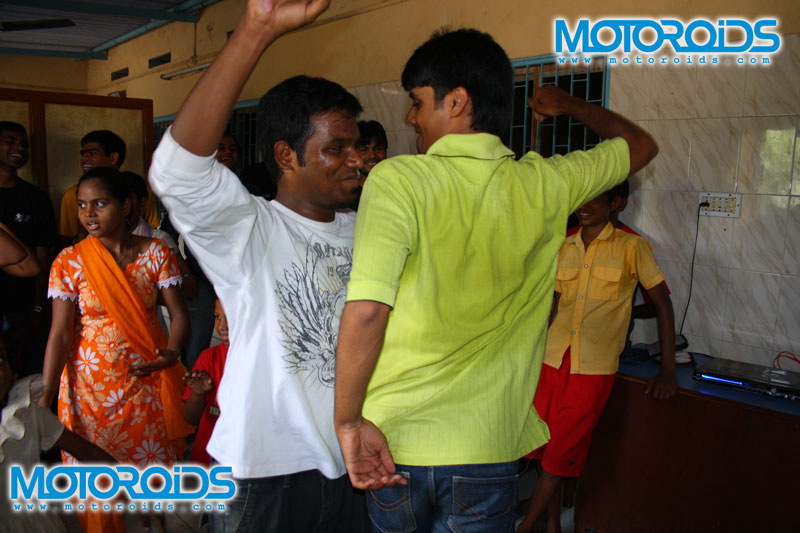 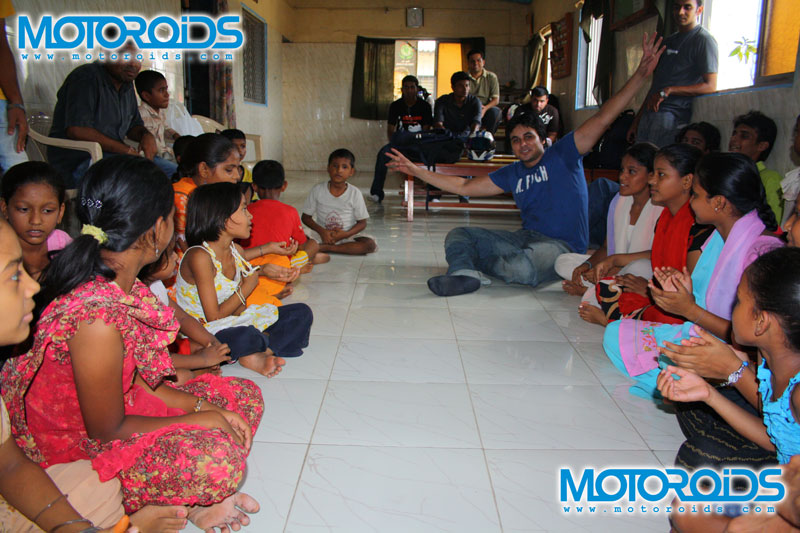 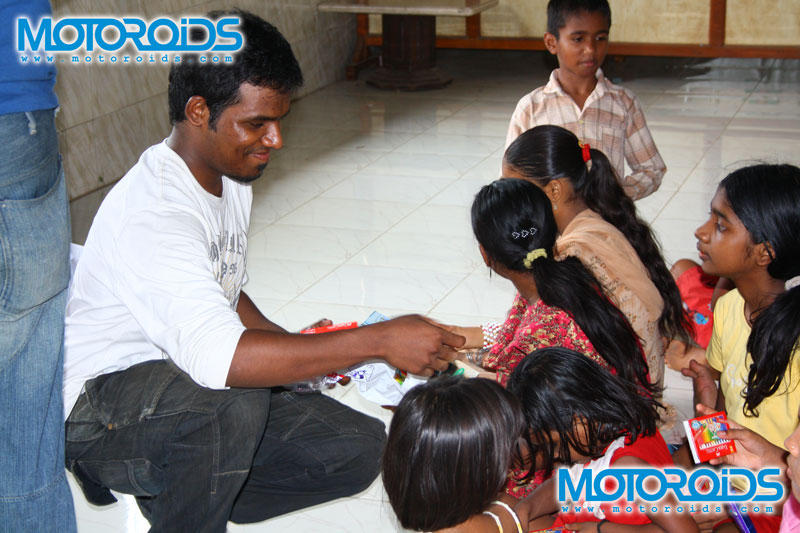 We were only four in the start, but in a matter of minutes, we heard the familiar grunts of pistons going up and down with a blast caused by a spark. Yes! The other members had arrived. Around 25 more riders including many Xbhpians had joined us. Loaded with goodies, all of them entered the girl’s wing and started handing over loads of chocolates to the kids. A few minutes later, we started off with the introduction session. Most faces were familiar but still we got to know new people. The girl’s wing started getting a bit stuffy with a huge population within it. So we headed to the wing meant for the dying and destitute. This building was somewhat similar to the ‘Second Inning house’ of the Movie ‘Lagey Raho Munna Bhai’. All that was missing was the gorgeous Vidya Balan though. On the first floor of the building was a gallery type room. The ceiling height was good enough to make us feel less stuffy. The room was quite big, maybe as long as a cricket pitch. Soon we found the kids and ourselves dancing at various songs. Razor and Winzee tried their best to make some impressive moves on the dance floor. A while later, we had a game of Antakhsari with the biker’s ‘andaaz’. There were two teams by the name of ‘Honda’ and ‘Yamaha’. Yes the kids were fascinated too and found a special connection towards bikes. 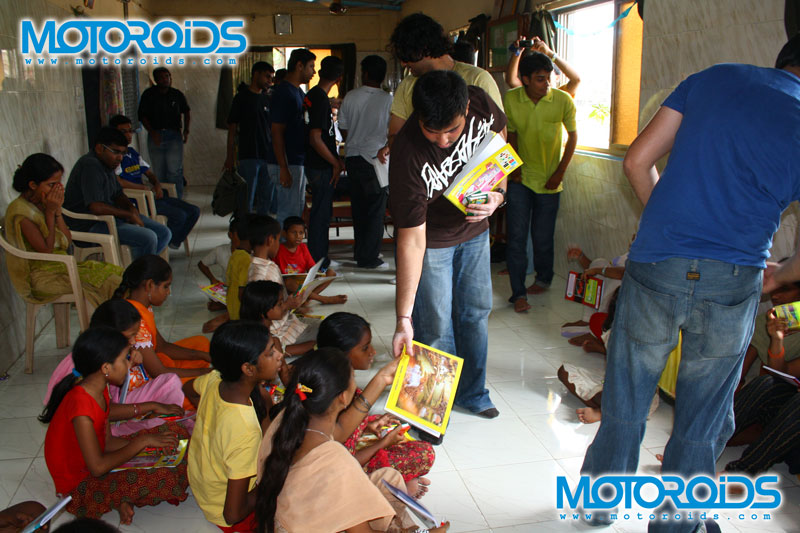 Alas! The time came to bid goodbye. But before that, we gave the children goodies like a drawing book, set of crayons and sketch pens each. We also collected clothes for the kids. Our plan to get the kids a computer seemed to be a bit hazy as they already had computers and the care taker complained that if they were given one, they would stick to it and start playing games. Ah! How about some motorsport games then? But no! Then we decided to get them a cupboard which they very much needed. All of us contributed some amount which summed up to Rs 3600. We left for a nearby shop and booked a cupboard. However, we fell short of money and promised to arrange for the same in a matter of 8-10 days. We request all our members to please pool in some amount for the good cause. All members present for the meet contributed a minimum of Rs 100. If we spread the word, we will not only be able to cover up the expenditure required in order to acquire the new cupboard, but can also arrange for more goodies for the children. We bikers do spend thoughtlessly for fueling our beasts, how about spending thoughtlessly at least once to fuel the happiness of these poor kids?

The orphanage is always open for visitors and it would be a real good deed if we could spend some valuable time, if not money with these kids and make their day special. It was a great experience to see the smiles on the faces of the less fortunate children. It seemed like we temporarily erased all their pains in a jiffy by just making our presence there and showing that we care for them, even though we never ever spoke to them before. We hope there will be more of such MotoMeets, not only at the Good Samaritan Mission, but also at other places where we could make someone else’s day special. Kudos to all those who were present there!