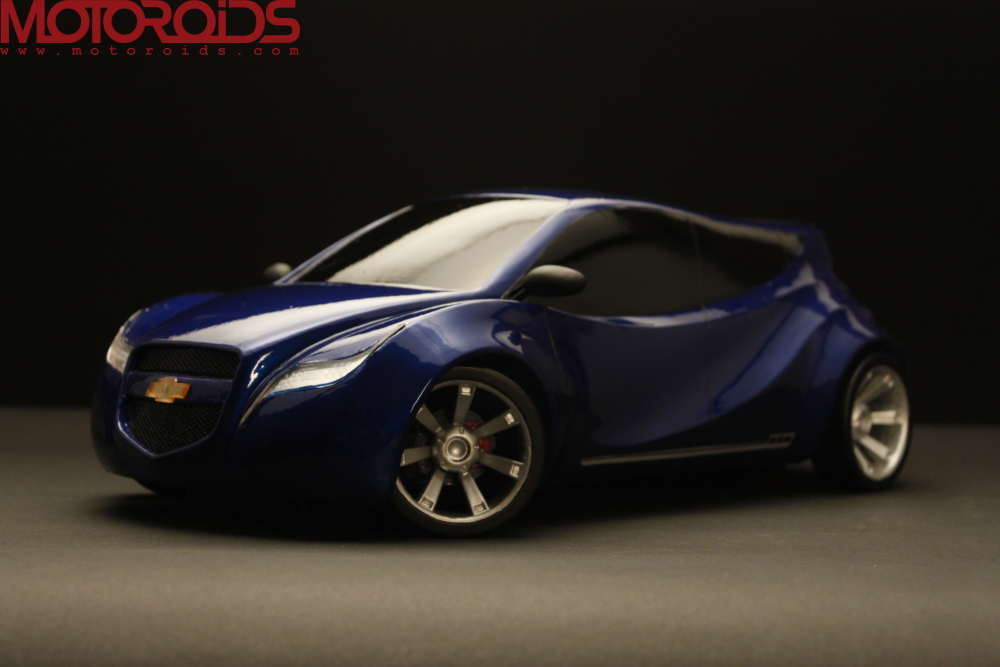 John Paul Xavier, our very own designer and illustration artist who’s currently studying at IIT’s Industrial Design center at Powai, Mumbai has won a prestigious design award. John won a spanking new top of the line Chevrolet Beat LT (O) car on being chosen the winner of the Design Your Next Chevrolet award organized jointly by GM India and Autocar India.

Our regular readers would remember John for the Mahindra World SUV rendering he made exclusively for Motoroids. The car designed by him, will most likely be put in production in the coming years as the next Chevrolet for India.

The Mahindra World SUV rendering that John made for Motoroids

John, who’s earlier been a roboticist for a year, has a passion for automobiles. Currently he’s pursuing his Masters in Product Design at IIT’s IDC. However, he did not let passion for cars get diluted. His eye for detail and love for the automobiles inspired him to design the Impulse Concept – the car that Chevrolet may put on the Indian roads if all goes well.

Like all good designers, John also believes in good proportions and stance as the essentials for a great car. The detailing can be added later, but the basic proportions have to be spot on, he asserts. John says that a leopard sighting at IIT Bombay inspired him to design the award winning concept. The athleticism the concept reeks of is all thanks to the crouching stance of a leopard – quick, agile and active! John’s style is to let form follow function. John also draws a lot of inspiration from nature, robotics and aerospace domains.

John plans to become a full-time automotive designer in future. He’s even ready to give up the Chevrolet Beat he’s won for an internship at one of GM’s reputed design studios. In the long-term, being a true-blue auto freak, John wants to be a part of the Scuderia Ferrari Marlboro Formula1 team.

We hope John gets to pursue his dream, and meets all the success in his life. Here are some exclusive pictures of his Impulse Concept – feast your eyes on the brilliant design.