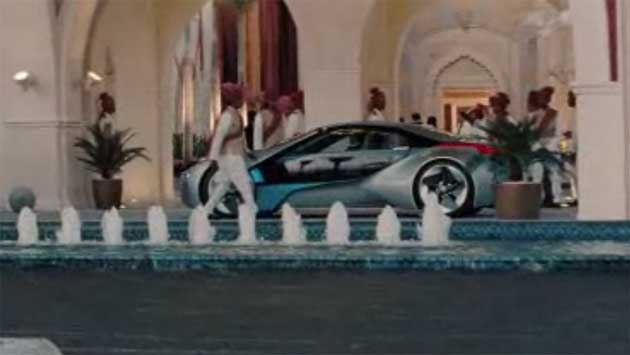 Remember the mystery BMW car which was caught shooting on the streets of Mumbai a few weeks back. A few days later, the car was unveiled in India as the BMW EfficientDynamics concept. The car caught on the streets of Mumbai, was being filmed for the fourth installment in the Mission Impossible series. Named Mission Impossible: Ghost Protocol, the trailers of the movie are out, and it’s pretty clear that the plot has India as one of the adventure destinations for Tom Cruise’s spy flick. You can very clearly see a few scenes with Indian people and locales.

The Indian connection doesn’t just end with the plot comprising India as one of the destinations. Our very own Anil Kapoor (the only established Hindi actor with a moustache) from Bollywood is playing a baddie alongside ‘The Girl with Dragon Tattoo’ actor Michael Nyqvist, who plays the main villain. Surprisingly though there is not as much as one appearance of the actor in the Tom Cruise dominated promo. There are reports that Tom Cruise, who is also the producer of the movie has snubbed Mr. Kapoor by cutting his appearances in the promos. Not surprising then that people across the interwebs are making fun of the actor by tweeting, blogging and smsing things such as “finding Anil Kapoor in Mission Impossible 4 is Mission Impossible 5”. The movie was expected to put the famous Bollywood actor as an established star in the Hollywood as well. Seems like it’s not happening just yet.

Apart from the Vision EfficientDynamics (what a complicated name for a car), the movie will feature the 6 series Convertible as well. Here’s the promo, Anil Kapoor or no Anil Kapoor, BMW or no BMW, the movie looks good going by the promo. Enjoy !