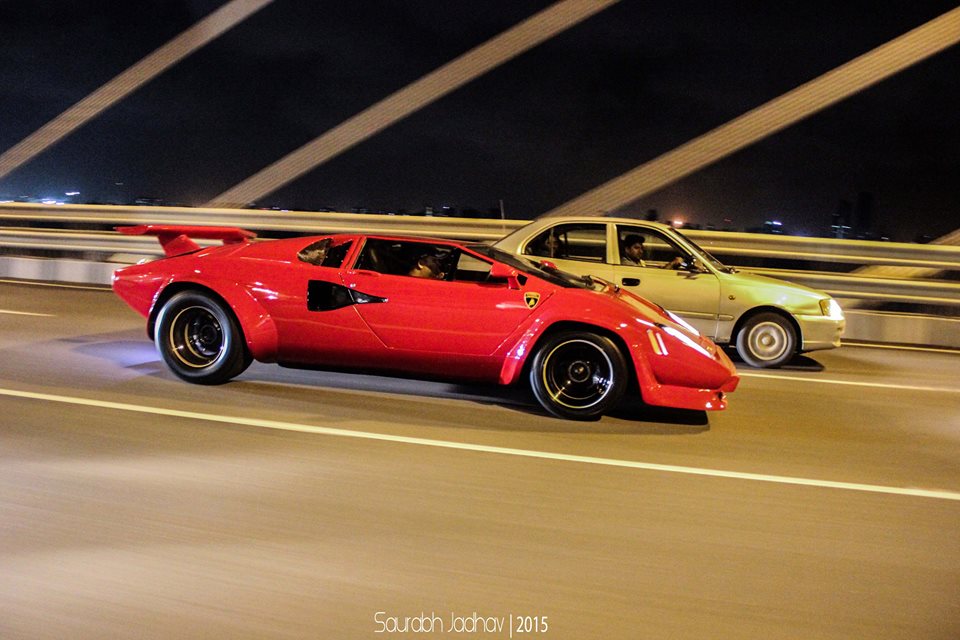 Bedroom wall posters barely did justice to the Lamborghini Countach. A dramatic interpretation of the automobile, the ostentatious Countach came out in 1974, replacing the beautiful Miura. One could barely look out of it while driving, and it was dynamically challenged when compared to its competitors from Maranello. But whatever practicality and everyday usability issues the Countach had, it made up for them with sheer visual and aural drama, reinstating the definition of  supercar. 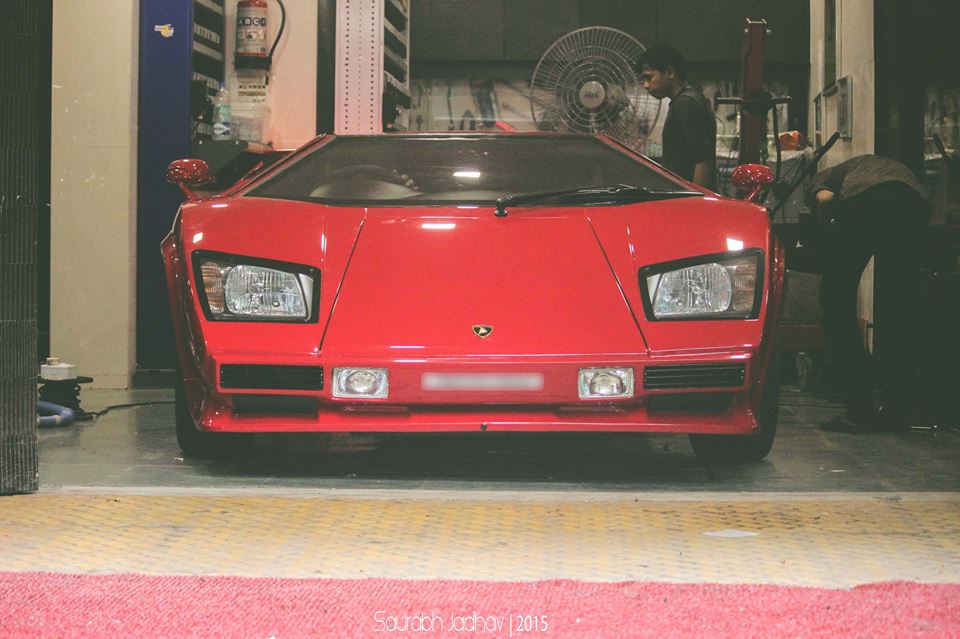 Not a single example made its way to India though, but a familiar shape rolling around the streets of Mumbai caught our attention. No, it’s not an original Countach, but a fairly accurate replica, or a kit car. Details about what engine it runs, or other mechanicals are as scarce as original Countachs in India, but it sure evokes the spirit of an icon. Of course, the replica’s appearance isn’t a patch on Marcello Gandini’s lines, and the proportions are a bit awry, but the attempt needs to be appreciated. We can’t forgive the Hyundai Accent sourced headlamps though, a sad interpretation of the original pop-up units. 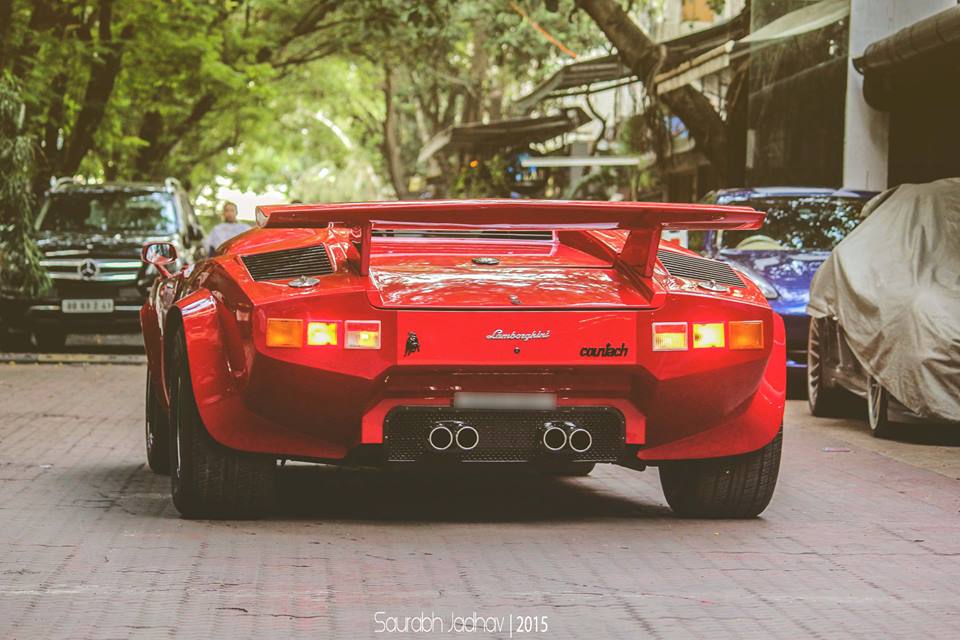 The version replicated here is the LP5000 QV (Quattrovalvole), which came out in 1985. Featuring 4 valves per cylinder; hence the QV, the uprated, naturally aspirated. 5.2 litre V12 engine now produced 450 horsepower and 461 Nm of torque. The latter was handled by the updated 345 section rear tires, which the muscled up wheel arches had to accommodate.  The rocker panels incorporated new staked ducts for the rear brakes and the engine cover was new as well, featuring a bulge to clear the six Weber 44 DCNF Carburetors. Acceleration was brisk, with a 0-60 mph time of under 5.2 seconds, while top speed was rated at 293 kph. Production of the QV was capped at 610 units.

A pat on the back from our side to whoever built this thing, and thanks to Saurabh Jadhav for the tasty images (gallery below).