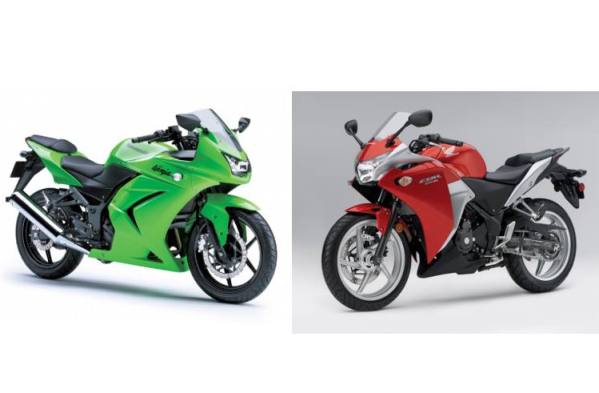 Honda is about to launch their recently unveiled CBR250R in a few months’ time. Its closest competitor would be the accomplished Ninja 250R which is also considered the coolest 250 in the world. So how much is the difference between the two on the paper? Well, while in India, the Ninja is priced at Rs 3-lakh, which we are sure is going to be a substantially higher than the CBR’s price tag when it launches here. However, internationally (read UK), the two bikes are very closely priced, with the Ninja costing only 100 quid more than the CBR.
So what all extras do you get for the price? A twin cylinder engine that produces 6 more horses, but 4 less Nm of torque. Also, the Ninja is heavier 7 kg as compared with the Honda. So, the Honda, even with its single cylinder engine, and almost half the price (as promised for India) is not too far behind the Ninja.