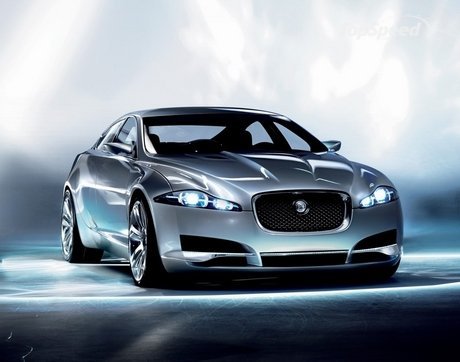 No no, this is not awarded by Jeremey and team, else it would have gone to some Aston Martin Model, or to some ridiculously improbably Malaysian car. This award is given by the Top Gear magazine. We all know UK publications’ liking for British brands, but the moder Jaguar cars are really remarkable. Here’s the press release..

Top Gear has named the Jaguar XJ as its Luxury Car of the Year 2010, placing the British firm’s flagship model above rivals from BMW and Audi.
Writing in the most recent Awards Issue of Top Gear Magazine, Editor at Large Jason Barlow described the XJ as a “Blast from the future,” adding “rarely has a new car slackened so many jaws.”
The XJ is a landmark vehicle from a revitalised and more confident Jaguar. Since launch in May 2010, it has been extremely well received by customers and media alike and is fast becoming a multi-awarding winning model, having already scooped the Scottish Luxury Car of the Year and What Car? Luxury Green Car of the Year accolades.

“We’re delighted that the Top Gear team – definitely one of the toughest judging panels anywhere in the motoring world – have recognised what makes the XJ so special with this award.”

With its lightweight aluminum architecture, the XJ is the most efficient luxury car in its class. It has attained a 29 percent segment share during its first six months on sale, establishing itself as the British car of choice with customers ranging from company CEOs to high-end hotel chains.