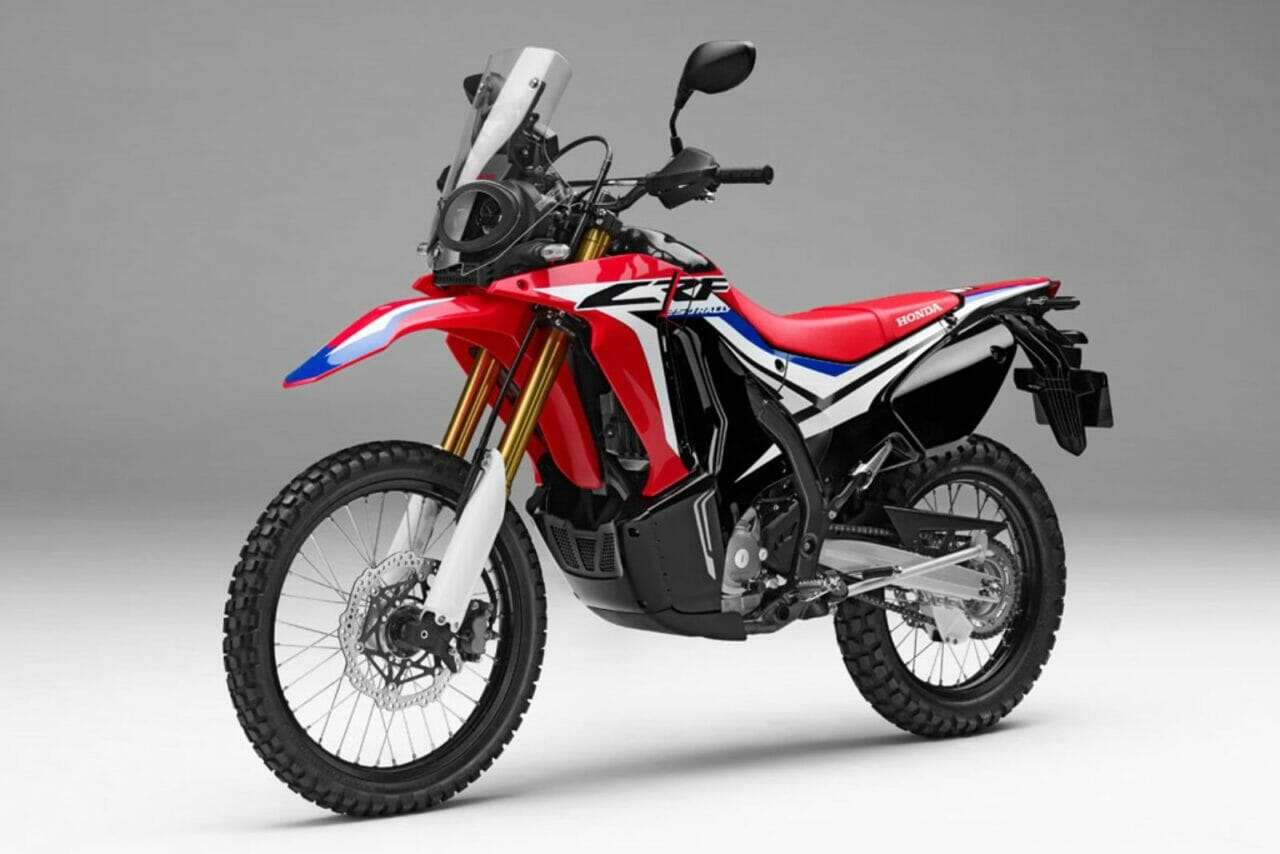 The affordable, performance motorcycling space might be too crowded now but we can’t forget the veteran which ignited it all – The Honda CBR250R. Some might argue that it was Kawasaki’s Ninja 250 which started this segment in our country but let’s admit it, it was not an affordable machine. What India needed was a reasonably priced and capable quarter-litre motorcycle. Honda gave us just that. But then, it was gone because it couldn’t withstand the onslaught of other motorcycles that stepped in to dethrone the CBR250R.

A short trip down the memory lane

It still held its own because those motorcycles offered more features and more performance but when it came to overall touring capabilities and reliability, one had to take a good look at the CBR250R. It not only used to eat miles for breakfast, but it was also quite a capable handler too. The CBR250R could be perfectly described as a motorcycle which could cruise all day long without breaking a sweat and carve the canyons too. More importantly, its bulletproof reliability ensured it always had your back. 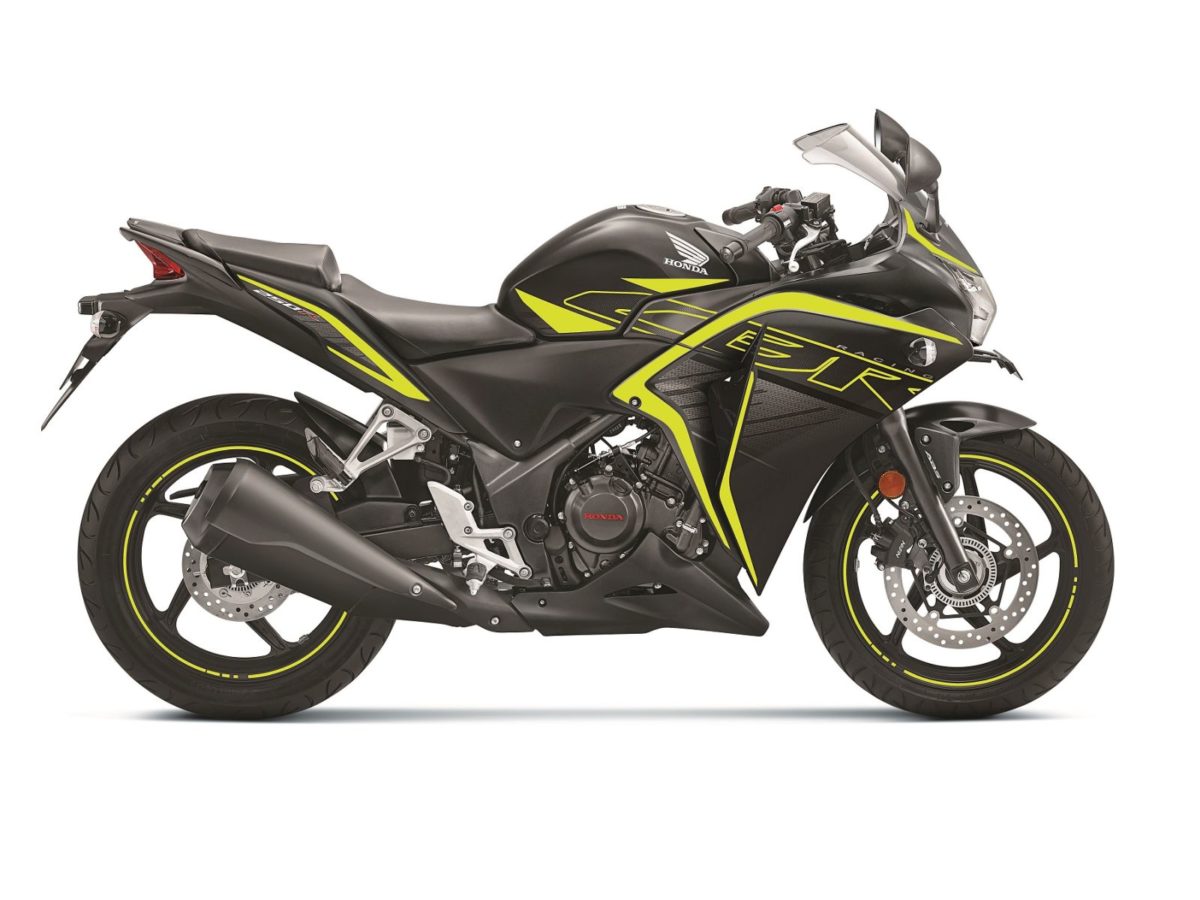 Could the CRF250L Rally fill the void?

The Honda CBR250R’s exit from our market left a space in Honda’s India portfolio. Honda still hasn’t come up with its replacement but there sits one motorcycle, completely different in approach as compared to the CBR250R but still similar in some ways. The CRF250L Rally is a rather interesting motorcycle. It sits at the small end of dual-sport motorcycles and makes for an excellent choice for newer riders. Given the growing affinity towards such motorcycles, the CRF250L could make a strong case for itself. 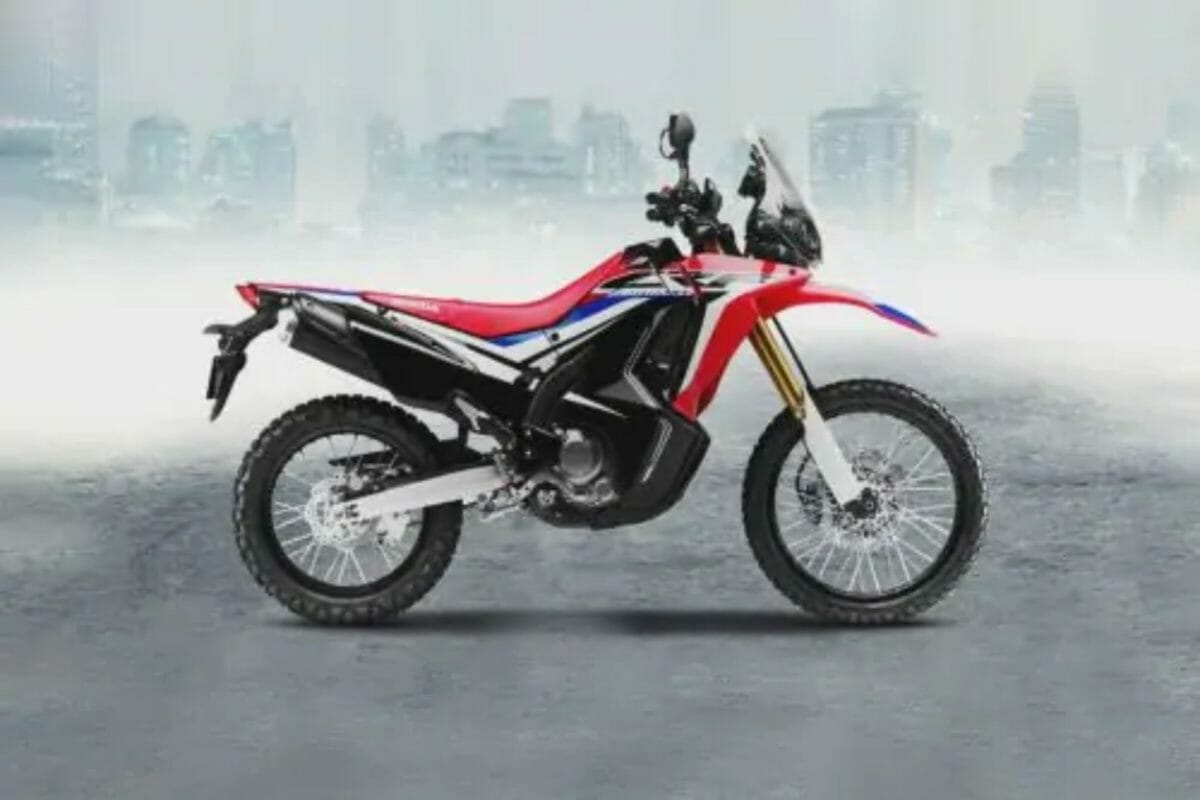 When the CBR250R was introduced, it particularly appealed to people who wanted more as compared to their 150-160cc motorcycles but didn’t have an affordable option. The CRF250L Rally could pull off the same. The competition is there but you just can’t compete with Honda’s bulletproof reliability. 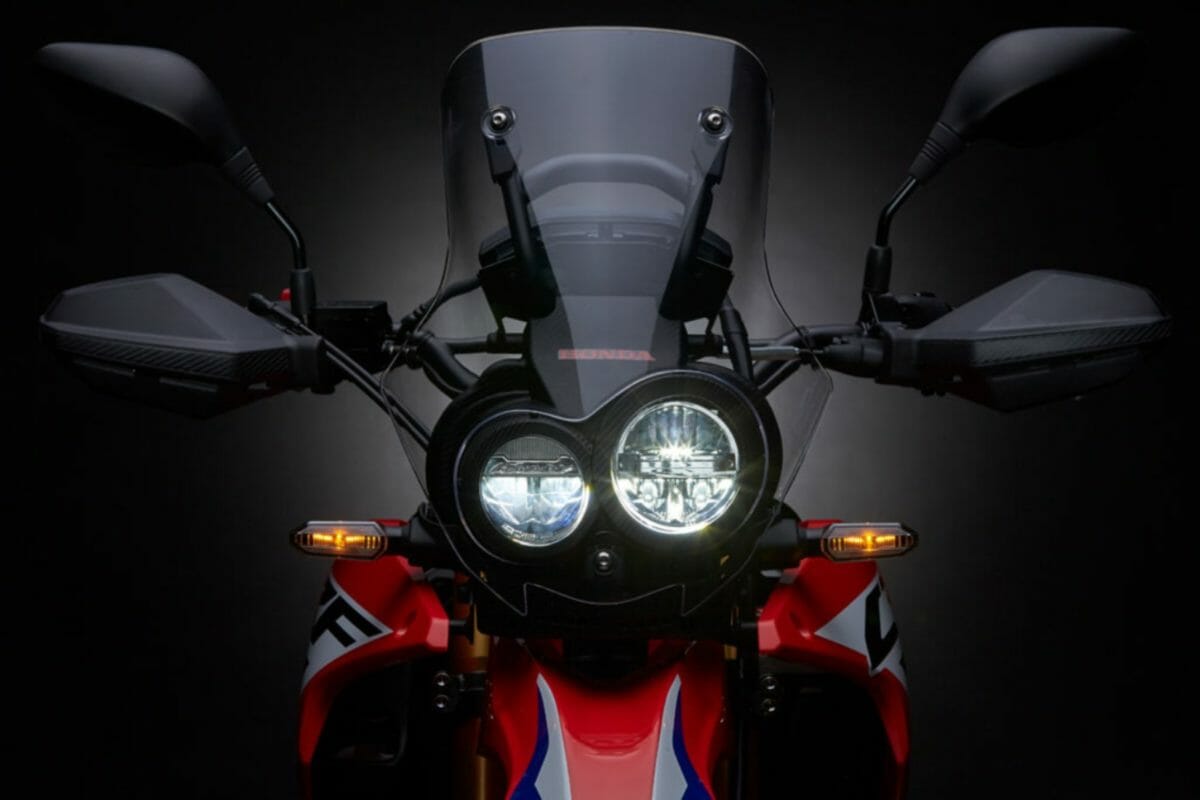 One of the main reasons why the CBR250R became such a hit in our markets is because of its bulletproof reliability because when you are going the distance, you have to completely trust your motorcycle. The CRF250L Rally shines in that department. Though it won’t be able to cruise at the speeds which the CBR250R was capable of, but it more than compensates for it when you take the trails. Built on top of the successful CRF250L platform, the Rally edition elevates small-capacity dual-sport riding to a whole new level.

Powered by a compact and reliable 249.6cc liquid-cooled single-cylinder four-stroke engine, the CRF250L Rally offers 24.4 HP on tap and an available 22.2 nm of torque. It might not sound much, but that motor is built to take on the rough and should offer butter-smooth delivery of power in a precise manner, something that is so important when there’s no black top. The styling is inspired from the Honda’s Rally bikes which feature in the Dakar Rally. 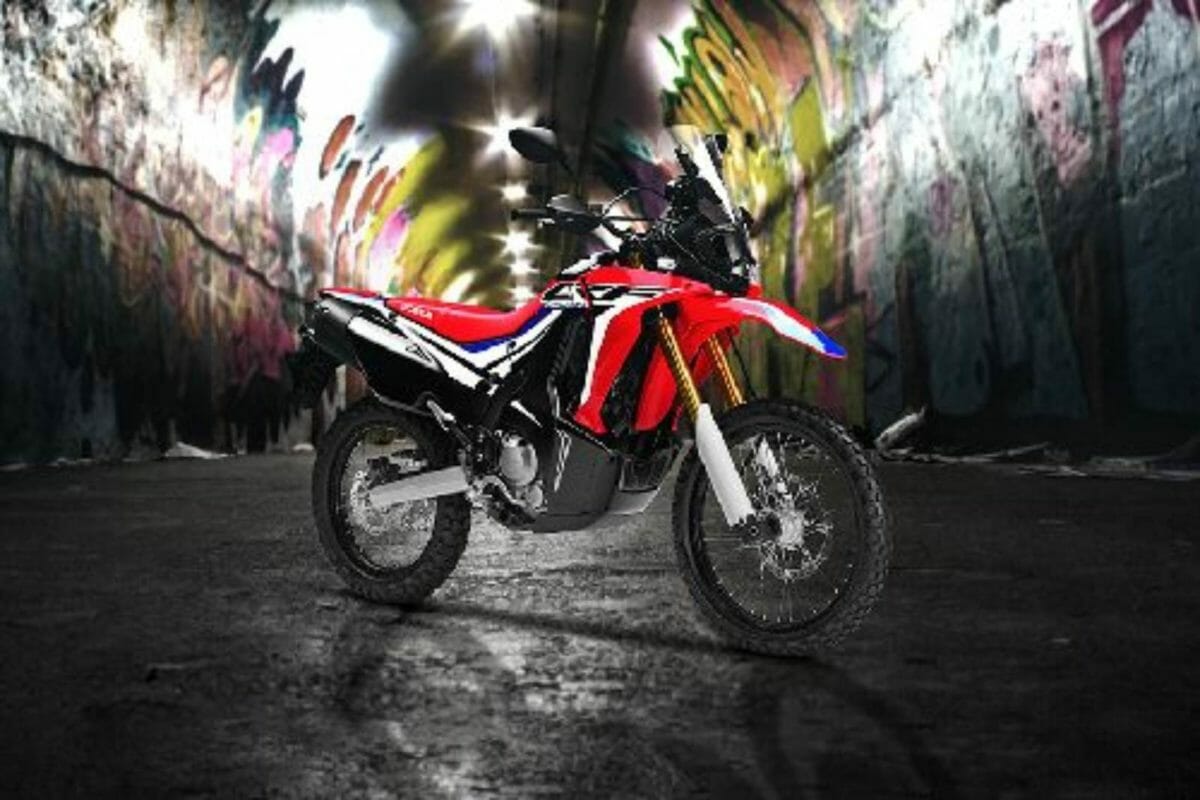 While the CBR250R was developed as a sport-tourer, the CRF250L Rally falls in the dual-sport category. The CBR250R was a capable handler and at that time, it was a delight to ride the canyons astride the CBR. The same fun is guaranteed with the Rally, albeit, off the road. Its off-road prowess is supported by the suspension setup. It features long-travel Showa suspension with 43mm inverted fork up front and pro-link single shock at the rear. The front suspension travel is rated at almost 280 mm while the rear has a travel of 261 mm. 21-inch front/18-inch rear wheels further accentuate its off-road capabilities. The rally version also comes with a windscreen, skid plate, handguards, and larger front brake. 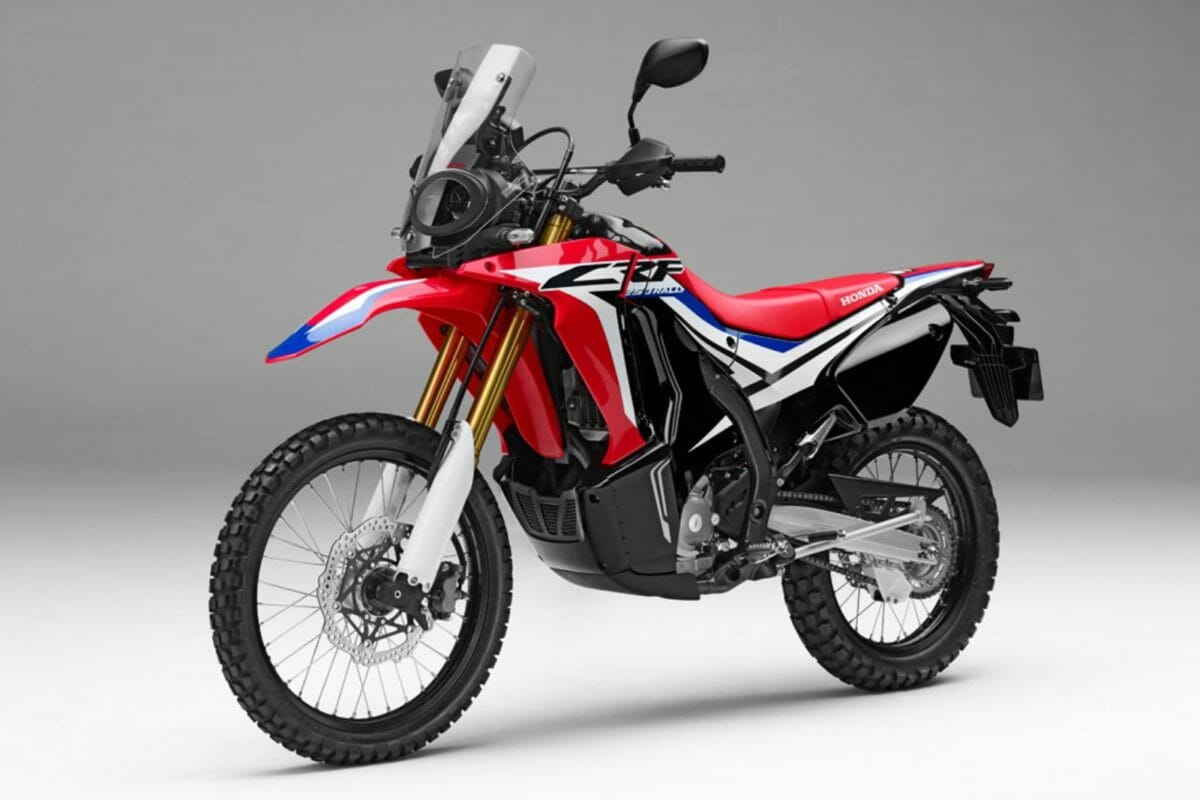 If you need something reliable that can handle medium to long distances, can tear it up in the rough, and comfortably get you to work on time, then the CRF250L Rally is more than up to the task. All this while we have been waiting for the CBR250RR to arrive as a successor but we never thought that the CRF250L Rally could serve as an ideal replacement of the CBR250R.