We take a look at defunct British Marques desperately awaiting resurrection. Mihir Gadre indulges you in some nostalgia. 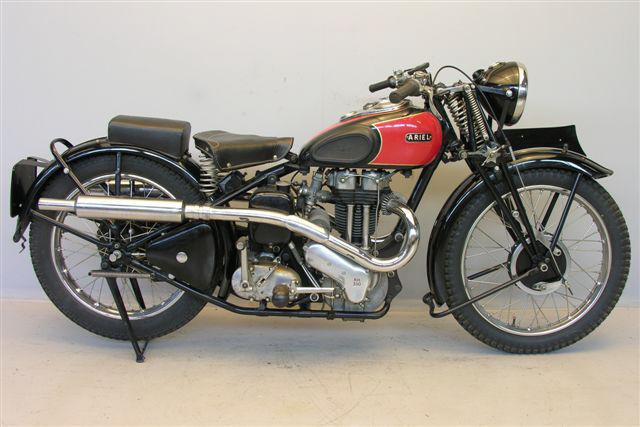 The Ariel name dates back to 1847 when the company made an early pneumatic-tyred wheel for horse drawn carriages. The name was revived in 1870 when the inventers of the wire-spoke wheel built a light weight bicycle and named it Ariel (the spirit of the air).It was one of the leading innovators in the early days of British motorcycling. Ariel produced their first motorcycle in 1902 with an innovative magneto ignition and a float carburetor which was hi-tech for its day. Its Red Hunter series of motorcycles was extremely popular and was in production for 27 years, from 1932 to 1959. During World War II, the Ariel produced the Ariel W/NG 350 army motorcycle based on the Red Hunter platform. The company was sold to BSA in 1944 who continued to use the ‘Ariel’ name till 1970. The Ariel brand name is now used by a small sports car manufacturer famous for its Atom kit cars. 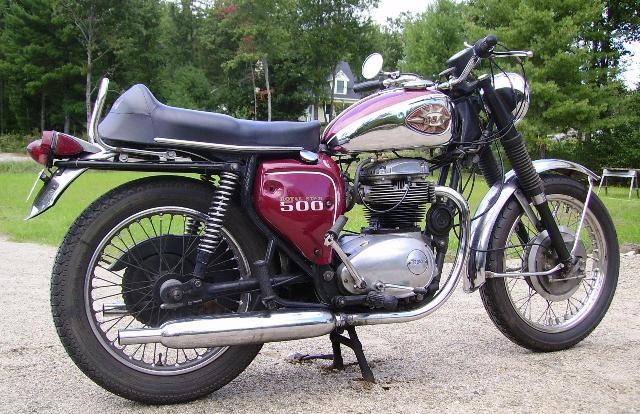 BSA short for Birmingham Small Arms Company was founded in 1861 by fourteen gunsmiths. The company branched out as the gun trade declined. In the 1880s the company began to manufacture bicycles and in 1903 the company built its first experimental motorcycle. By 1909 they were offering a number of motorcycles for sale and in 1919 BSA motorcycles was setup as a separate subsidiary. BSA motorcycles were sold as affordable motorcycles with reasonable performance, reliability, and unrivaled service support for the average user, sort of like our very own Hero Honda. Thanks to this mass market appeal BSA became so popular that at one time they used the slogan “one in four is a BSA” for advertising. At its peak, BSA was the largest motorcycle producer in the world. Initially BSA motorcycles were not generally seen as racing machines though this had changed dramatically by 1956 when of the 55 entries in total; there were 53 BSAs, 1 Norton and 1 Velocette in the lineup. Loss of sales and poor investments in new products in the motorcycle division led to its eventual downfall. 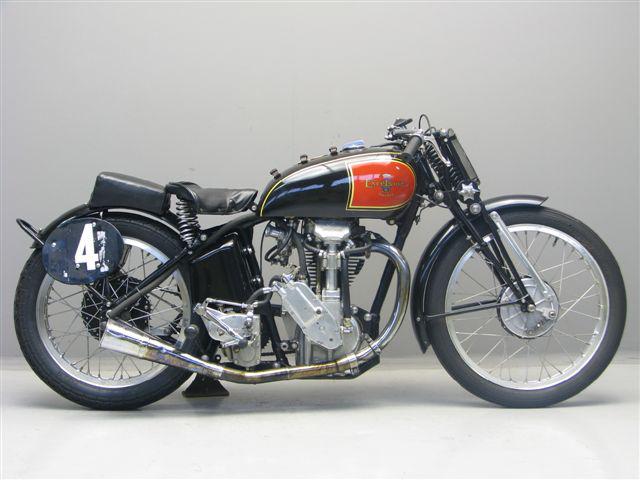 Originally established as a bicycle company in 1874, Excelsior was Britain’s first motorcycle manufacturer, starting production in 1896. Excelsior put a lot of effort in racing. Their first major success was in 1929 when they took the Lightweight TT race on a B14, soon to be their most popular model. Excelsior commissioned Blackburne to design a 4-valve racing engine. Known as the ‘Mechanical Marvel’, it won the 1933 TT in its first outing but it was retired at the end of the 1934 season as it was too complex to offer for sale as a production racer. It was replaced from 1935 by the ‘Manxman’. Although it did not win a TT before the war, it came 2nd in 36, 37 and 38 and 3rd in 1939. Excelsior’s greatest success was winning the European GP in front of 200,000 people at Chemnitz in Germany in 1936.Their major contribution to the war effort was the 98 cc Welbike, a collapsible motorcycle delivered in a pod by parachute, intended to be used by paratroops for rapid movement around a battlefield. But post World War II the company wasn’t doing so well. Excelsior last manufactured a motorcycle in 1964 and folded in 1965. 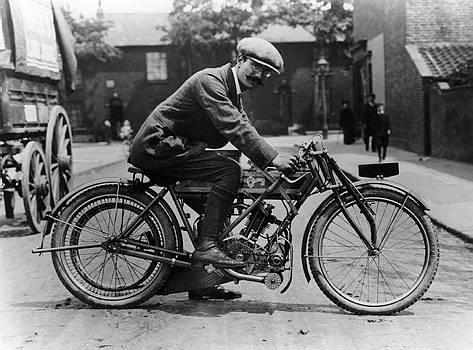 One of Britain’s earliest motorcycle manufacturers, Matchless was founded by the Collier family in 1899. A wide range of models were produced under the Matchless name ranging from small two-strokes to 750 cc four-stroke twins. Matchless had a long history of racing success. Both of the Collier brothers Harry and Charlie raced successfully, with Charlie winning the inaugural Isle of Man TT race in 1907. Harry did not finish in 1907, but won in 1909, and Charlie won again in 1910. Matchless gained considerable commercial success in the 30s taking the AJS marquee under its control in 1931 and later forming the AMC group in 1938. In 1941 Matchless motorcycles introduced telescopic front forks called “Teledraulic” forks, the first major innovation in front suspension in 25 years. Matchless/AJS built predictable handling, comfortable, well-made, reliable and economical motorcycles, for their day. Unfortunately such attributes were not enough to keep them in business. Continuing poor sales led to AMC becoming part of a new company, called Norton-Villiers in 1966. 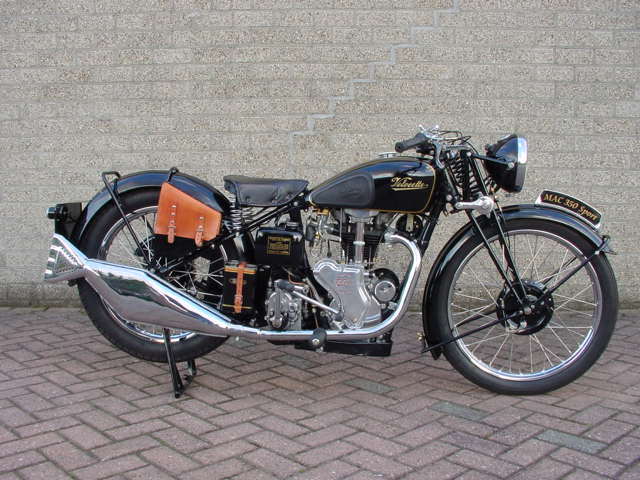 Velocette was a small, family-owned firm, selling far fewer hand-built motorcycles renowned for their quality. The company was always a strong contender in international motorcycle racing till the 1950s. It won two world championship titles in 1949 and 1950 (350 cc). Velocette still holds the legendary and still-unbeaten 24 hours at 100 mph (161 kph) record by the Velocette Venom in 1961. Even though Veloce was a small firm, it was a great technical innovator and many of its patented designs are commonplace on motorcycles today, like the positive-stop foot shifter and swinging arm rear suspension with hydraulic dampers. Between 1913 and 1925, Veloce only produced expensive, high-quality 250cc two-stroke motorcycles. Velocette introduced the ‘K’ series 4-strokes in 1925 followed by the ‘M’ series in 1933 which proved to be extremely profitable products for the company. 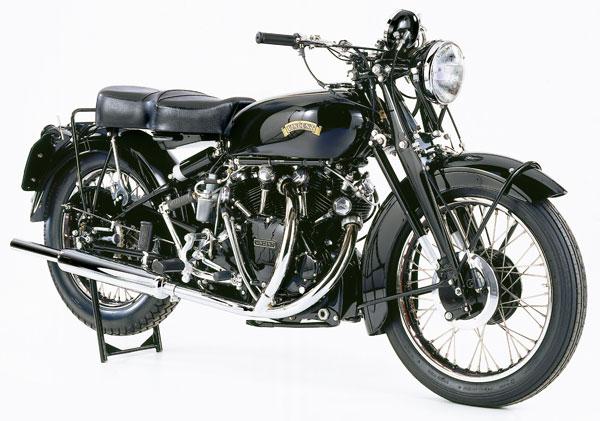 Vincent Motorcycles, “the makers of the world’s fastest motorcycles”, began with the purchase of HRD Motorcycles in 1928, by Phil Vincent for a princely sum of £450. In 1929 the Phil Vincent registered a patent for a cantilever rear suspension of his own design. The cantilever rear became the most widely used form of rear suspension for motorcycles after 1980. Legend has it that while designing the Series A Rapide, chief engineer, Phil Irving, accidentally put a side-view tracing of the Vincent 500 motor wrong way up on top of a drawing of the same motor, which resulted in the 47.5° V twin that appeared in 1936. The Series B Rapide used the engine as a stressed member of the frame. This was considered sensational at the time, and the arrangement was not seen again till the late seventies. The cantilever rear became the most widely used form of rear suspension for motorcycles after 1980. It also had minor innovations like adjustable foot-pegs and a side stand. The 1948 Series C Vincents, “Black Shadow” and “Black Lightning” are legendary in their own right. . The “Black Shadow” was capable of 201 km/h while the”Black Lightning” was a racing version of the Black Shadow, with every steel part on it remade in aluminum, reducing the weight from 208 kg to 170 kg. The two Phils felt that the telescopic forks of the time were prone to lateral flex, so they persisted with girder forks, and did use hydraulic damping in the Series C “Girdraulic” forks which were similar to the ones used on the current BMW K1200 Series & the Honda Rune. Russell Wright got the World Land Speed Record at Swannanoa with a Vincent HRD motorcycle in 1955 at 297.5 kph. Unfortunately Vincent motorcycles were hand-built and expensive – only a total of 11,000 machines were sold post-World War Two. At a Vincent Owners’ Club dinner in the summer of 1955, Phil Vincent announced that the company could no longer continue in the face of heavy losses and that production of motorcycles would cease almost immediately. 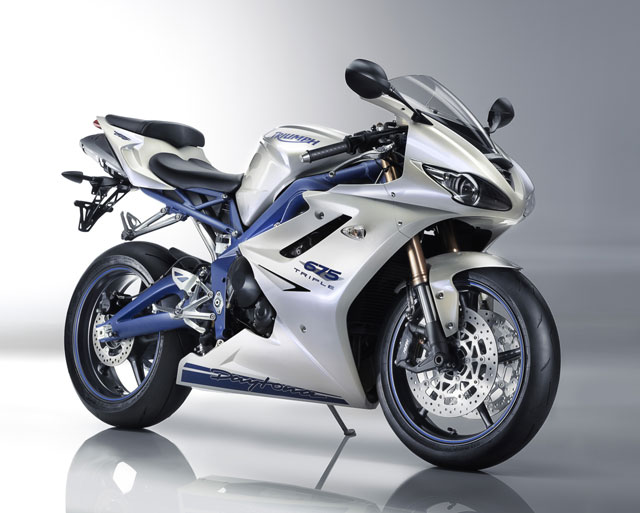 Triumph has shown the world how to resurrect a brand while keeping its heritage intact. It has the right mix of products in its arsenal with modern and competent sports-bike like 675 Daytona and retro motorcycles like the Bonneville. 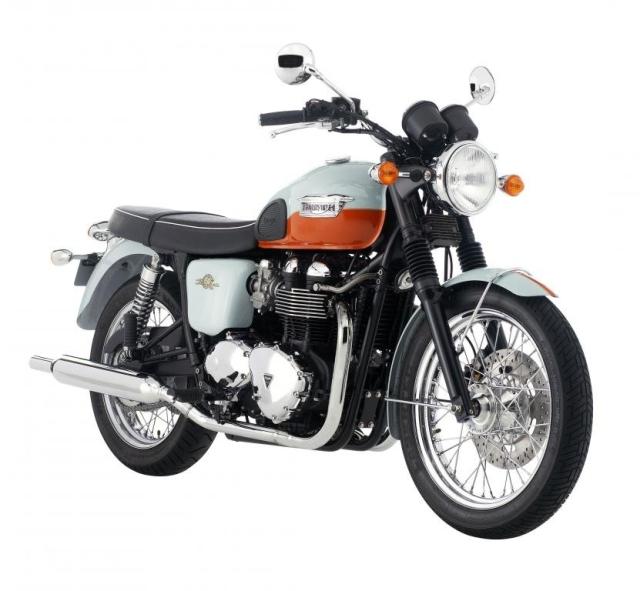 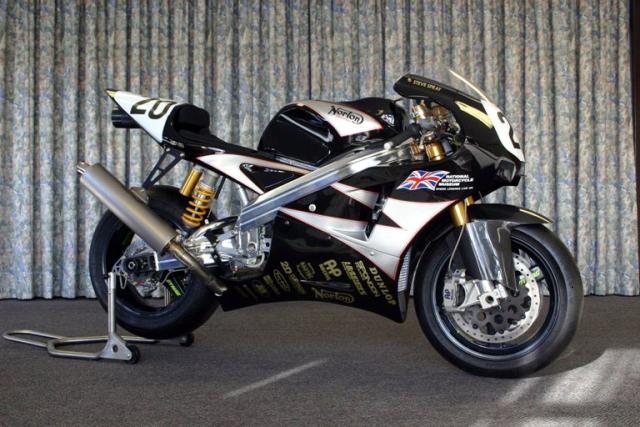 The Norton brand is well on its way to resurrection. The company is developing a new factory at Donington Park where it plans to produce 2 new bikes. First is the Norton Commando 961 single seater styled after the earlier Commando models. This resurrected classic will sport an 80 bhp parallel twin for starters, and a more modern engine hopefully sometime in the near future.

Second bike is the new NRV 588 race bike which has been in development for well over a year now. Norton has plans to put the NRV 588 into production as a road legal machine. It sports a 588cc twin-rotor Wankel type engine with fuel injection. Projected power is 170 [email protected],500 rpm and 110 Nm of torque propelling a bike weighing just 130kg (dry). 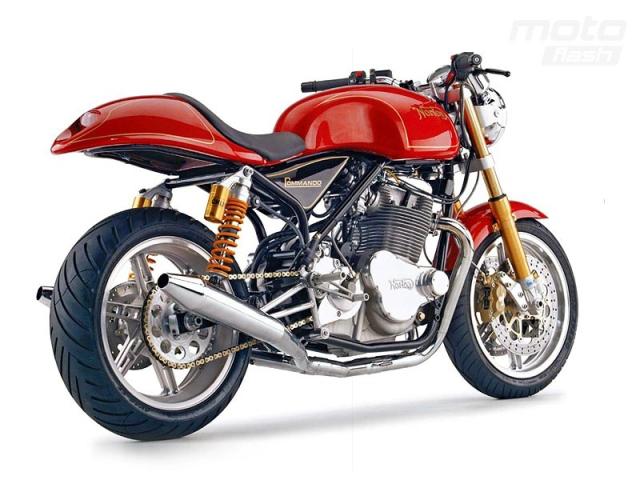 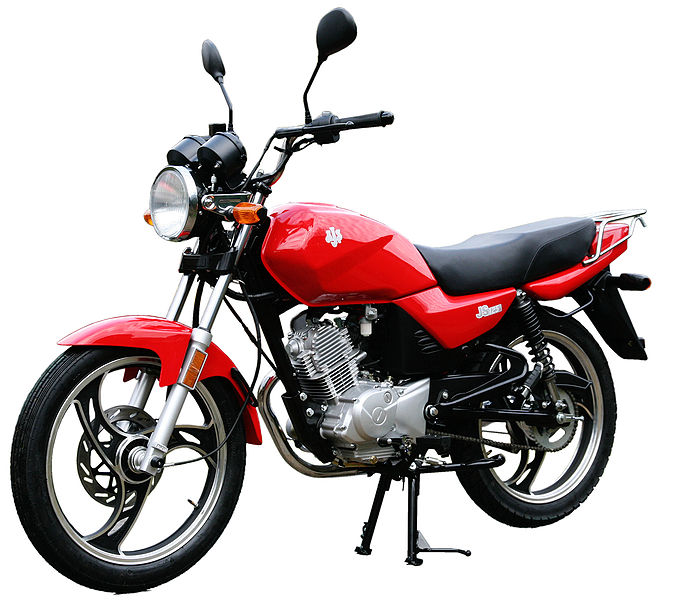 While Norton is an ideal example of brand resurrection, AJS is the complete opposite. The once glorious British marquee is nowadays worn by a range of 124cc to 300cc cheap Chinese road bikes in trail, roadster and custom cruiser styles.