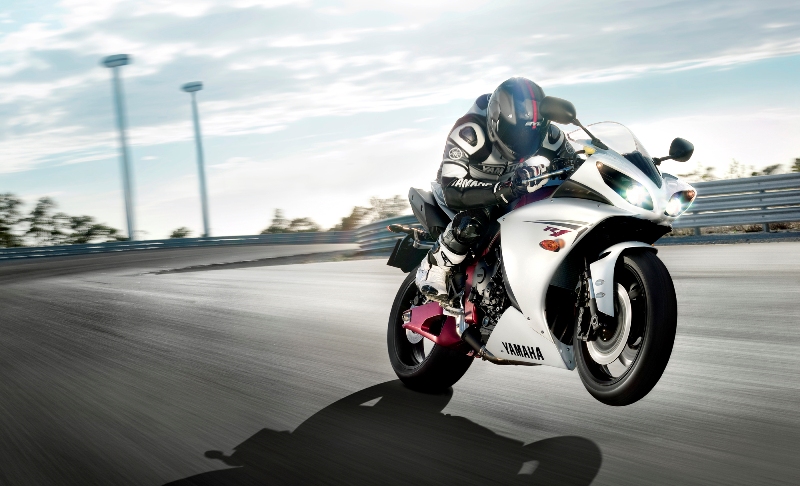 What is the cross plane crankshaft all about?

The Cross-plane Crankshaft has become a regular buzzword in any and every conversation pertaining to superbikes. But hardly anyone actually knows how the technology works. Ignorance about this particular technology is so bad, that even some otherwise knowledgeable people relate it to the big-bang engine concept, which is in no way related to the cross plane crankshaft.

When the big-bang engine made its debut it totally revolutionised the world of motorcycle racing. Horrible though it may sound, everybody knows that the big-bang theory works. However what is surprising that nobody knows why, or atleast nobody did until now. The usual explanation is that the rear tyre gets a fraction of a second to regain its grip in between the power pulses resulting in better traction out of corners. The theory originated on the US-dirt tracks where firing two big Harley pistons close together within a few degrees of crank revolution gave it the characteristic soundtrack and hence the name. This theory works when applied to big Harley engines with 5000 rpm redlines but breaks down completely when applied to MotoGP bikes revving beyond 19000 rpm. At that kind of engine speeds the time available for a tyre to re-grip seems far too short. Until recently, it was the only explanation anyone could offer and hence the widespread ignorance. 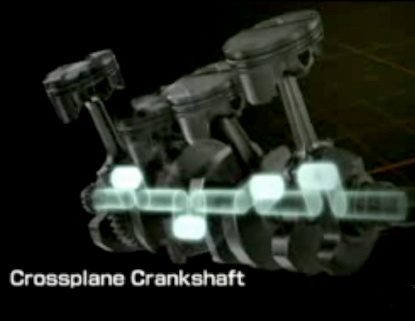 Recently, MotoGP engines moved away from big-bang towards long-bang by rephasing crankshafts to spread the power pulses out but surprisingly there was no change in traction. If the big-bang theory was true then there ought to have been significant changes in traction. There had to be an explanation. It was Masao Furusawa the Yamaha engineering guru who came up with the answer. Furusawa explained it using the term ‘connection’ used by riders. If opening the throttle by 10% delivered 10% of the engine’s power (actually torque, but never mind) to the rear tire then a bike is said to have an ideal connection, but in reality it impossible to achieve this. 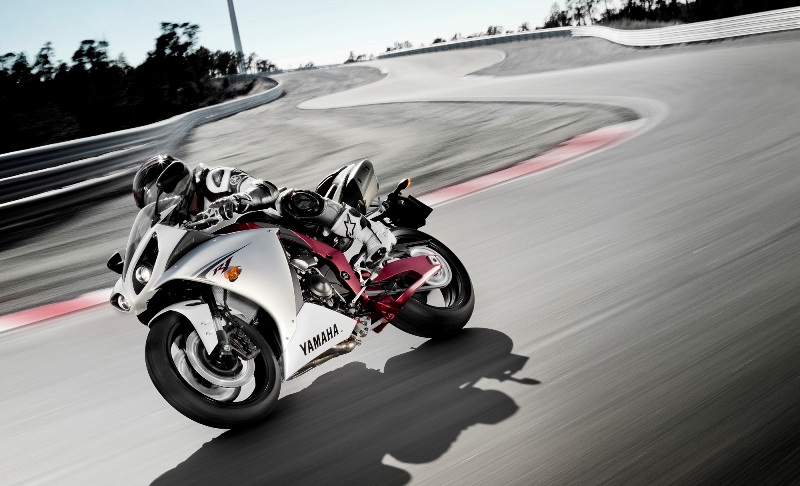 Every engine develops two kinds of torques. First is combustion torque which is produced by the combustion of fuel and is connected directly to the position of the rider’s wrist. Second is inertia torque which is generated due to kinetic energy (energy of motion) of rotating parts like the crankshaft, con-rods and pistons. The torque sent to the rear wheel is equal to the combination of these two kinds of torques. So, in order to have a good connection with the rear tyre, the inertia torque should be negligible compared to combustion torque. However, in a conventional inline-4 engine with flat-plane crankshaft, the inertia torque increases proportionally with the square of rpm. At low revs, the level of interference from the rotating mass is insignificant, but around 12,000rpm it starts to become greater than combustion torque and by around 16,000 is double of that of combustion torque. You can see how a 17,000rpm MotoGP engine might have problems. 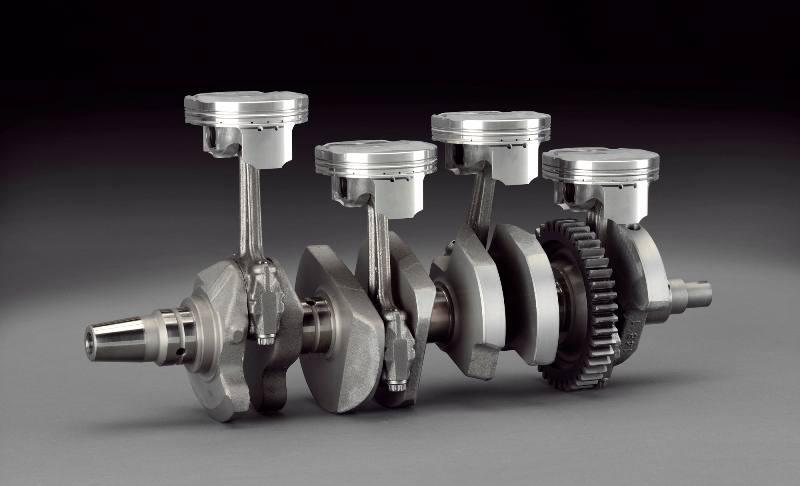 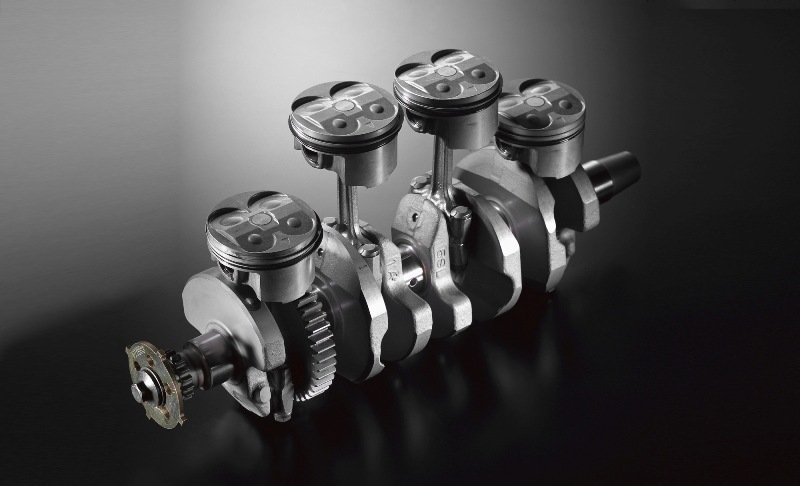 The cure is a crankshaft with pistons at 90 degree intervals as opposed to 180 degrees of a flat-plane crankshaft and an irregular firing pattern. The inertia torque is reduced to almost zero before 10,000rpm and crucially, to only about 3% of the flat-plane crankshaft value at 15,000rpm. This means that the rear tyre will mimic the inputs of the throttle giving excellent feel which has been much appreciated and praised by riders all over the world. 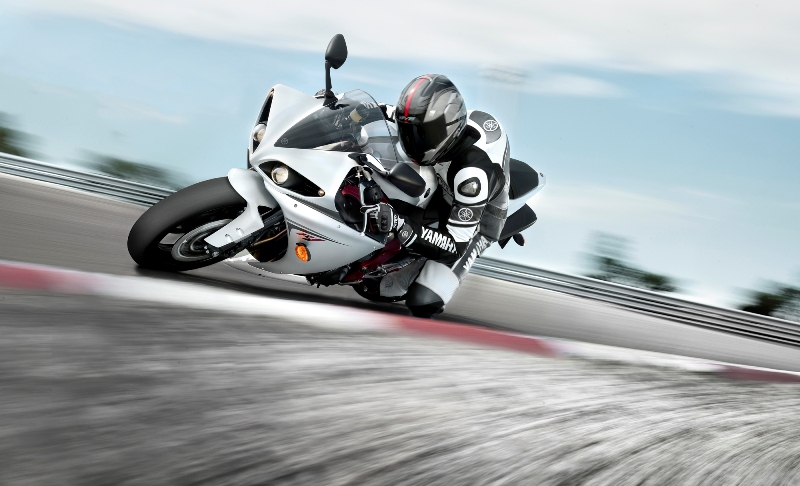 So what’s the downside?

Of course the law of physics state that you never get something for nothing and an irregular firing order means more vibrations that may require a balance shaft or heavier components to tame, thus losing you part of quick response that you have gained. 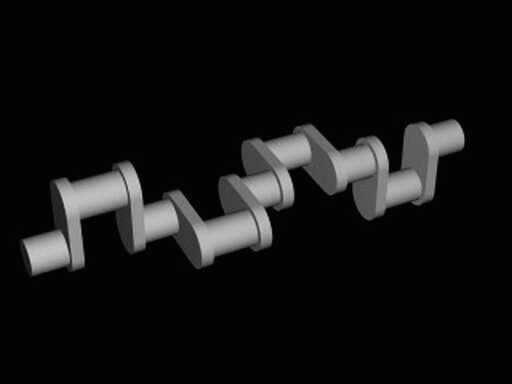 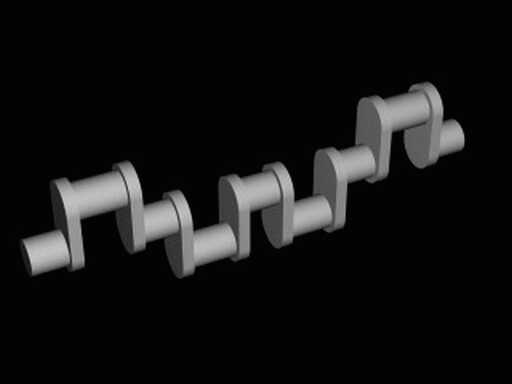 What can be better than the cross plane crankshaft?

Honda thinks it’s going to be the V4. In principle what the cross-plane crankshaft essentially does is that it mimics the working of a 90 degree V4 in the inline-4. But a V4 won’t be as compact as an inline 4, atleast in theory with the bike losing out on shorter and therefore more nimble machine. Yamaha swear by their tech and will stick with inline-4. But you never know, Honda might just pull it off. 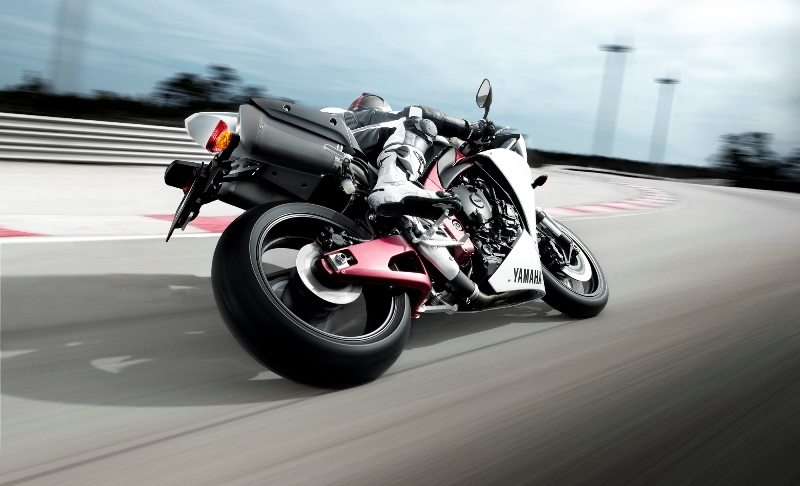