A distinctive horse with a sweeping tail: on the 911 Targa 4S Heritage Design Edition, a historic Porsche Crest adorns the wheel centres and the bonnet. It can also be found inside the car on the headrests, a detail that is available on all current 911 models as part of the Heritage Design package.

The strong red-orange colour is characteristic of this crest, which dates back to the time of the original 911 (1964 – 1973). The Porsche logo has a gold base colour and uses wide letters, while the word Stuttgart is embossed on a recessed background. The horse is particularly powerful, with a prominent shoulder joint and a sweeping tail.

The history of the Porsche Crest 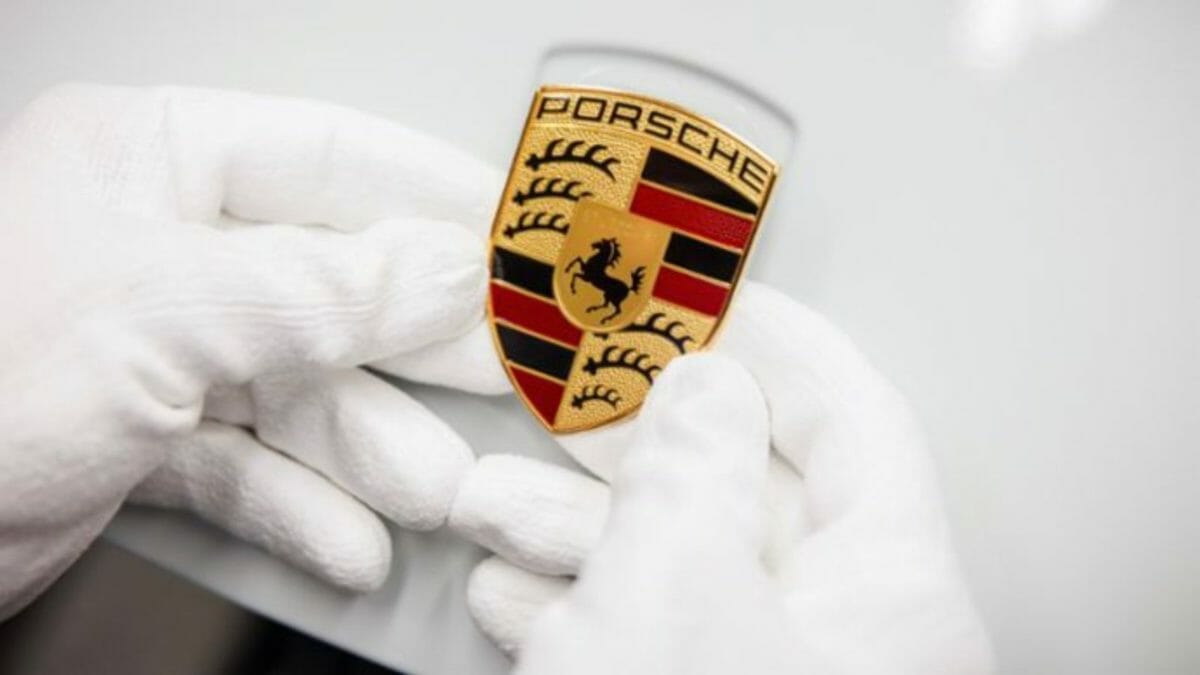 While the Porsche logo had already been used on the brand’s first vehicle in 1948, the Porsche Crest was not created until 1952. In March 1951, Porsche launched a competition for German art academies, offering the generous sum of DM 1,000 for the creation of a company logo. However, none of the designs met the management’s expectations. Towards the end of 1951, Ferry Porsche visited New York and was asked for a logo by the American importer Max Hoffman, with the result that work on a logo also started internally within the company.

In early 1952, Franz Xaver Reimspieß, a highly talented designer who had already designed the Volkswagen logo in 1936, created a fantasy crest. It symbolises the roots of the company and at the same time illustrates the quality and dynamics of its products, with a prancing horse taken from the seal of the city of Stuttgart depicted within the contours of a golden shield. Together with the name of Stuttgart above it, a clear commitment is made to the home of the company, while the surrounding red and black state colours and the stylised antlers are taken from the traditional crest of Württemberg-Hohenzollern. Finally, the Porsche logo forms a protective arch over the entire design. 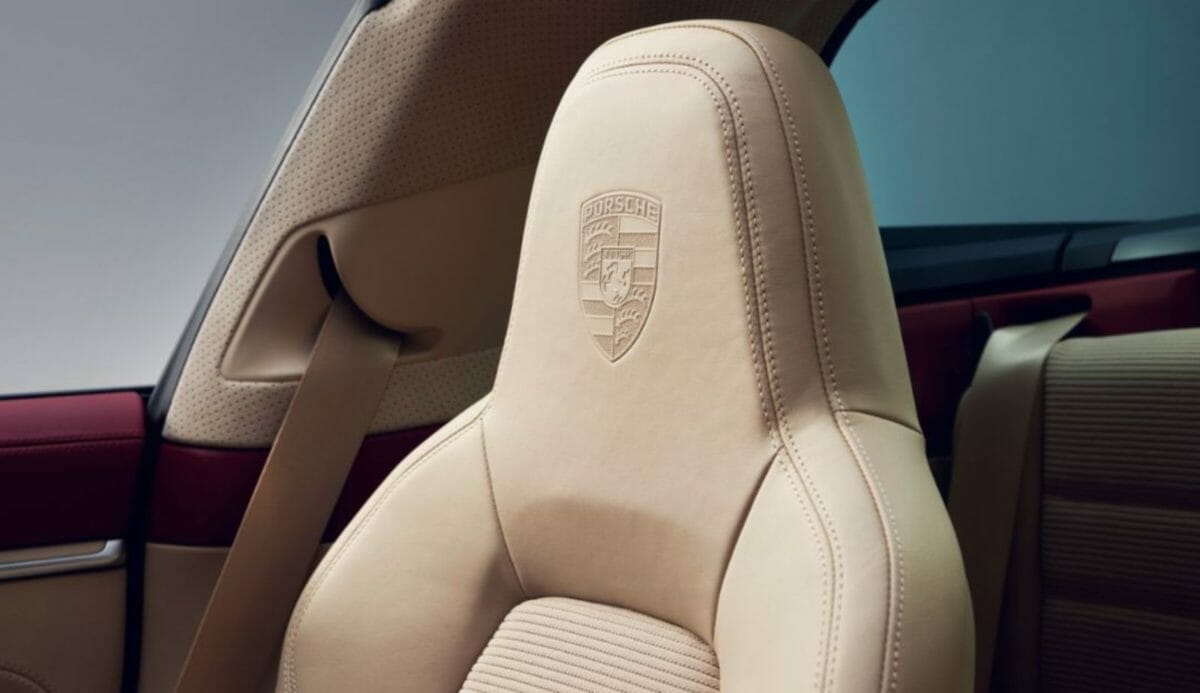 After registration with the German Patent Office, the Porsche Crest was first seen on the horn button at the end of 1952, before being incorporated into the characteristic bonnet handle of the Porsche 356 Speedster in November 1954. As of 1959, it also adorned the hubcaps of the Zuffenhausen sports cars and, since then, every Porsche vehicle has featured this seal of quality on its bonnet. In the meantime, the copyright-protected Porsche Crest has become one of the most famous trademarks in the world and may only be used commercially with the express permission of Porsche AG.

The Porsche Classic crests: true to the original design and with proven quality

The original Porsche Crest is available from Porsche Classic for a wide range of historic models and is manufactured with special tools according to original drawings. As in period, it is gold-plated and the application of its colours and enamelling is performed by hand. Unlike today’s crest, the Porsche logo at that time was only embossed and not also finished in black. In addition, the red colour used to tend more towards orange, as in the state colours of Württemberg-Hohenzollern. 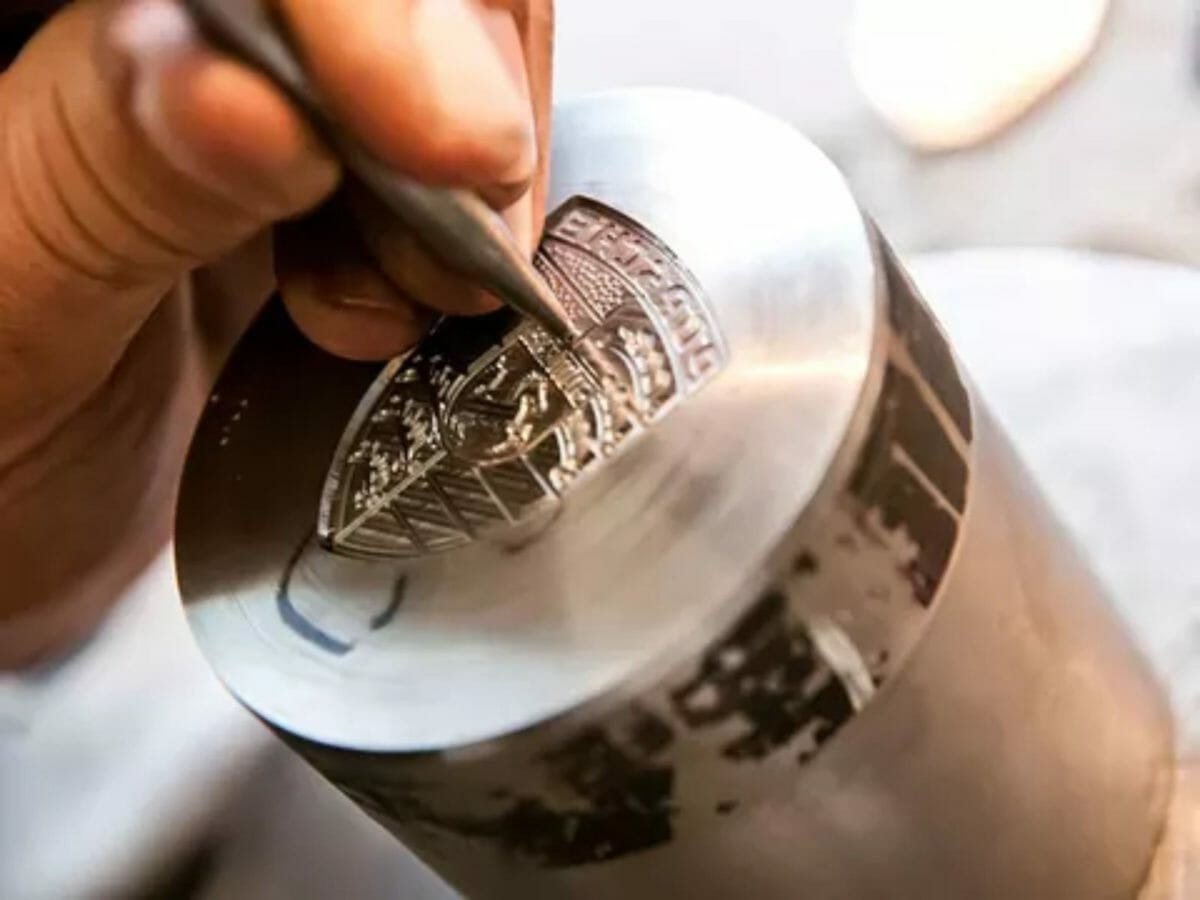 In order to meet high-quality standards, the new release of the classic Porsche crest was subjected to extensive testing, including a climatic cycle test carried out at the Porsche Research and Development Centre in Weissach. Over the years, the Porsche Crest has undergone careful design changes. The crests available through Porsche Classic are differentiated as follows: 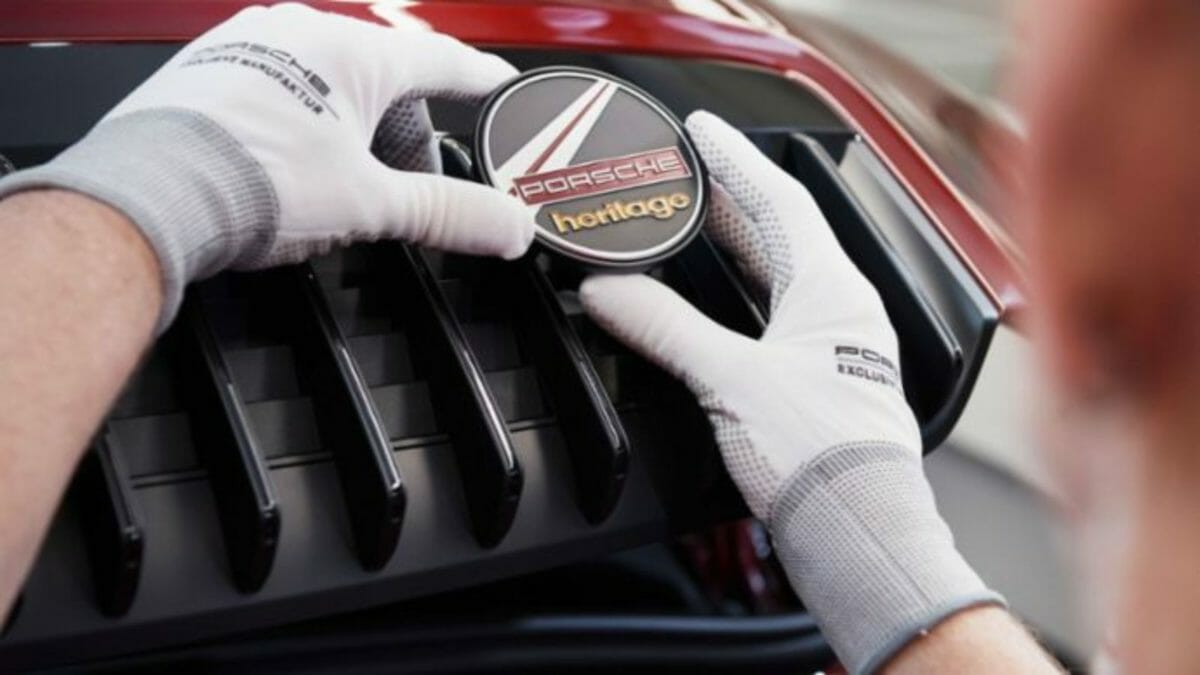 A Porsche Heritage badge is fitted to the grille of the rear engine cover. The design and lettering of it are reminiscent of the legendary 100,000-kilometre badge from the Porsche 356 era, which was presented by Porsche in the mid-1950s to every driver whose car clocked up this distance on its original engine.

Also READ: Porsche And Its Flat Engine Tradition: What Makes These Engines Special?