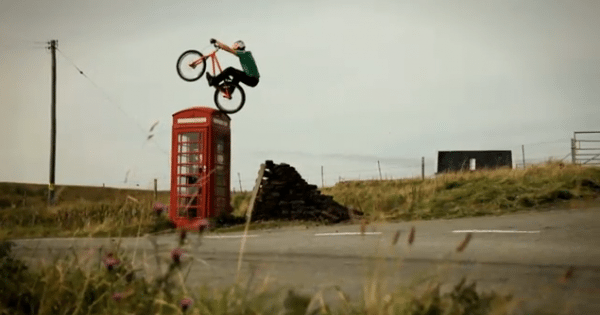 So you finished reading about the bicycle that’s costs a million dollars and have been wondering just how and what you need to do, to be amongst that 1% who could afford to buy one. We discovered a man who could put that bicycle to use in such a way, the bike will shed all its gold by the time our man is done with his antics.

Danny MacAskill is a Scottish trials cyclist who gave up his job as a mechanic so he could ride full time. Danny along with his film maker flatmate Dave Sowerby shot to fame in 2009, courtesy Youtube, and has been dropping jaws worldwide with the things he does on a humble bicycle. Watch this video where he brings this dead Argentinian town of Villa Epecuen to life, after it submerged in a seiche in 1985, and remained submerged for 25 years. The town now has a sole resident, Pablo Novak, who returned as the water receded. Watch Danny give him ideas what could be done in a place like no other on earth.

Don’t forget to re position your jaw, once you are done watching.