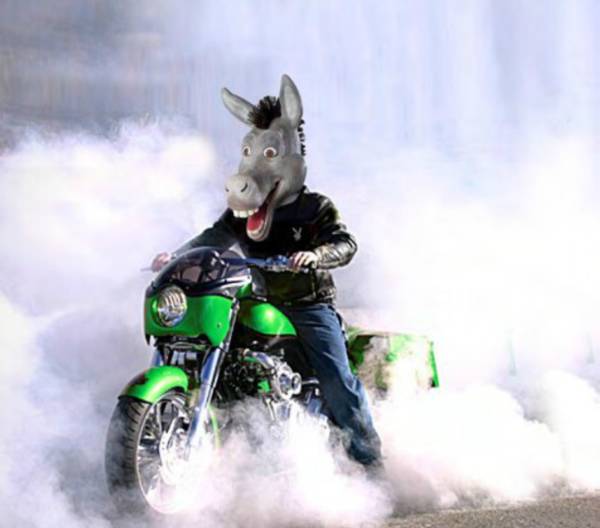 Kamikaze: (Slang): So reckless in behaviour or actions as to be suicidal

1. Karan’s forearm bones were reduced to splinters by a kamikaze dog which appeared in front of his bike out of nowhere on the racetrack

2. He made a kamikaze run across three lanes of traffic

And there are plenty of them to be witnessed on our roads – on two wheels or otherwise. Also known as morons by many, these self-destructive clowns need to be pitied upon than despised. As long as they are on an exclusively suicidal mission that is. More often than not, however, there is collateral damage associated with their actions, in which case, you need to keep a keen eye on these metaphoric dogs which may turn you into a Karan in no time (refer to the usage in sentence above). So here’s our list of five quick ways to spot these imbecile twits and steer clear before they crash into your organs. 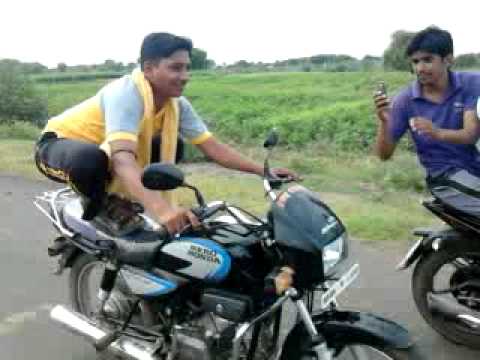 1. You can’t protect what you don’t have: Quite naturally, protection is required for something of value. There’s a reason why you have not seen fresh horse shit preserved in velvet casings. And that’s precisely the reason why the buffoons in question here could almost never be found with a lid over their heads – for they don’t associate any value to what resides underneath that thick skin and that big cranium. So, the moment you see waving mane, or balding scalps, or gleaming bald heads travelling atop two wheels, let your pupils dilate and do whatever it takes to keep distance. 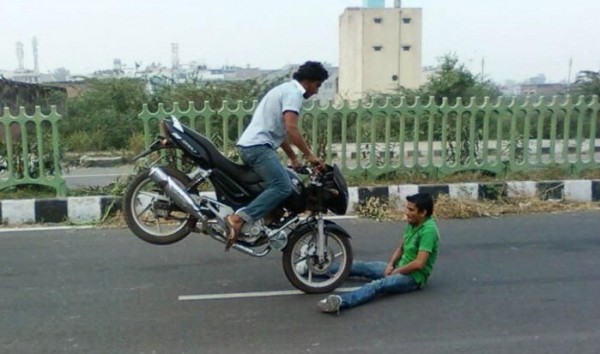 2. Two’s a company: Right from trying to find a spider in a website, to figuring ways to get Youtube filming them – each one of their Newton moments have to be discussed with their equally dumb acquaintances. And this has to be done exactly when they’re riding. So the next time you see two grown men riding motorcycles side-by-side debating which of the two is the more superior airhead, steer clear, overtake, and keep speeding until they disappear from your RVMs. PS: Don’t forget to check the blind spots.

3. Beware of bad boys: This is the most legible sign of all. Since you can read this, you are literate, and since you’re on Motoroids, you’re smart – so use your knowledge in decoding the potentially fatal cryptic messages. The moment you see things like ‘I am a Bad Boy’, ‘Risky even without whiskey’ or ‘low-flying jet’ inscribed over the rear number plates or fenders, slow down until you cannot read those messages any more. 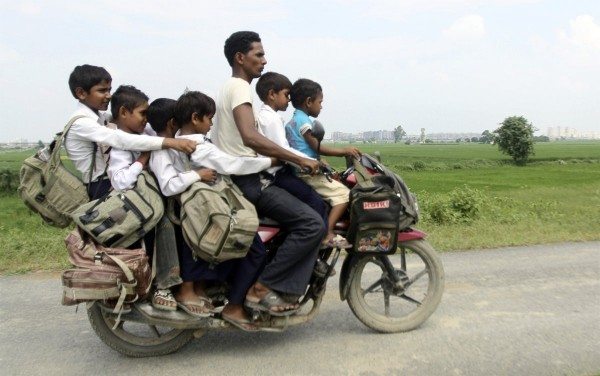 4. Inverted mindset: Much like the state of their psyche, the rear view mirrors on their two-wheelers are often inverted. Superior aerodynamics, a sleeker look and a very effective removal of the blind spots that those irritating pieces of mirrors create – the act of twisting mirrors inwards is carried out after utmost deliberation and considering aspects of riding invisible to straight thinking cynics like us. Oh wait, there’s another way – just remove them altogether! Probably they believe in Steve Jobs’ philosophy of ‘think different’ in their own distorted way.

5. A tsunami of ineptitude: With a deluge of daftness striking forcefully against the empty hollows of their heads, they turn into an uncontrollable tsunami of sorts. You’d often see them riding their motorcycles like uncontrollable waves, taking a sinuous trajectory when the road ahead is straighter than a runway. In their contorted minds they think it takes some sort of a skill to zigzag, even as the odd commuter on his way home thanks god and his wife for providing him mildly spiced, homemade food as he overtakes these boors at 40km/h.

While we can list down a few more ways to spot these self-decimating oafs, we think making the list too long will take the fun away. We would however, love to know your ways of spotting these dimwits. We’d be happy to add the witty ones here in this list with due credits. Get commenting.