Royal Enfield has gone truly International in recent years. Among many countries that RE operates in, Thailand is one of the major markets. The brand started operations in Thailand in 2015, where they currently have nine authorized dealerships along with six authorized service centres in the country. RE recently made news when they came up with a rather unique dealership in Chiang Rai, Thailand. The fact that it can be moved around from one place to another sets it apart from the rest of the dealerships that we come across.

The dealership is assembled by putting shipping containers to use which can be dismantled and can be moved around if the situation requires so. It is a two-floor showroom has the complete portfolio housed within. Like we mentioned earlier, RE has a strong brand presence in Thailand. Not only motorcyclists here love Royal Enfield, but it is also an absolute hit in the custom motorcycle space. The reason why the most rad RE custom builds that we have come across, trace back to Thailand. 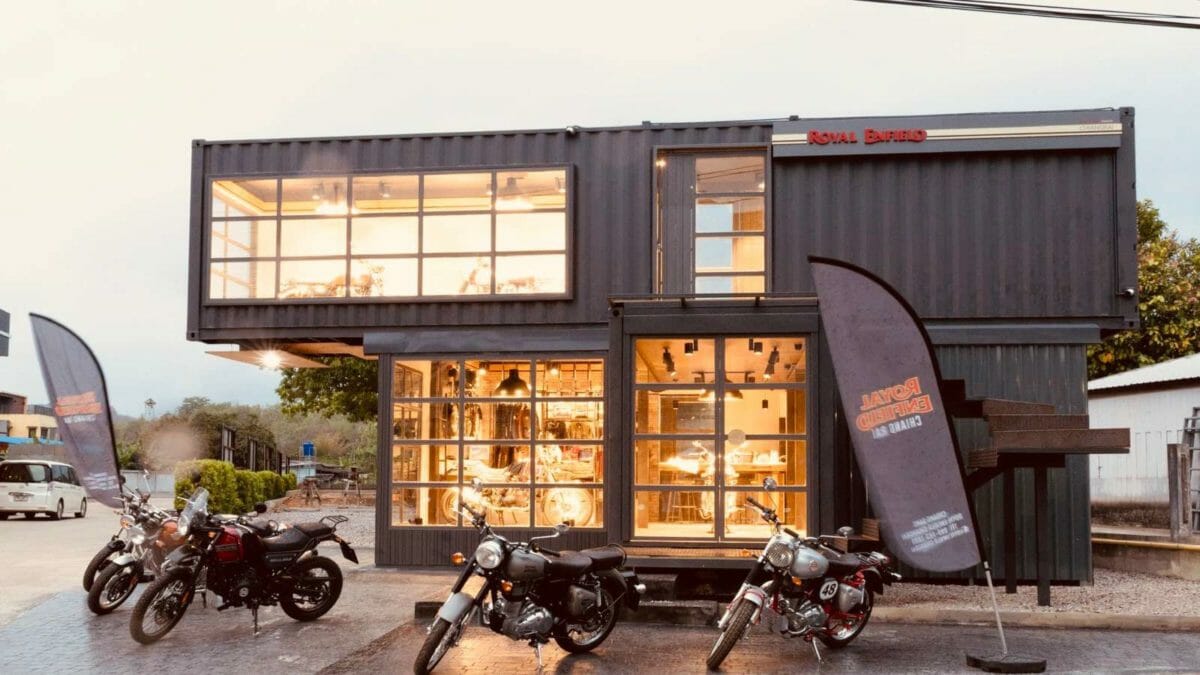 After launching their dealership operations in the country back in 2015, RE also opened an assembly plant in June 2019 to bring the costs down and aggressively compete in the Thai market. Royal Enfield Thailand is the company’s first wholly-owned subsidiary in the Asia Pacific region. The Thailand division of RE is headed by Vimal Sumbly who also announced the opening of this movable dealership on twitter. 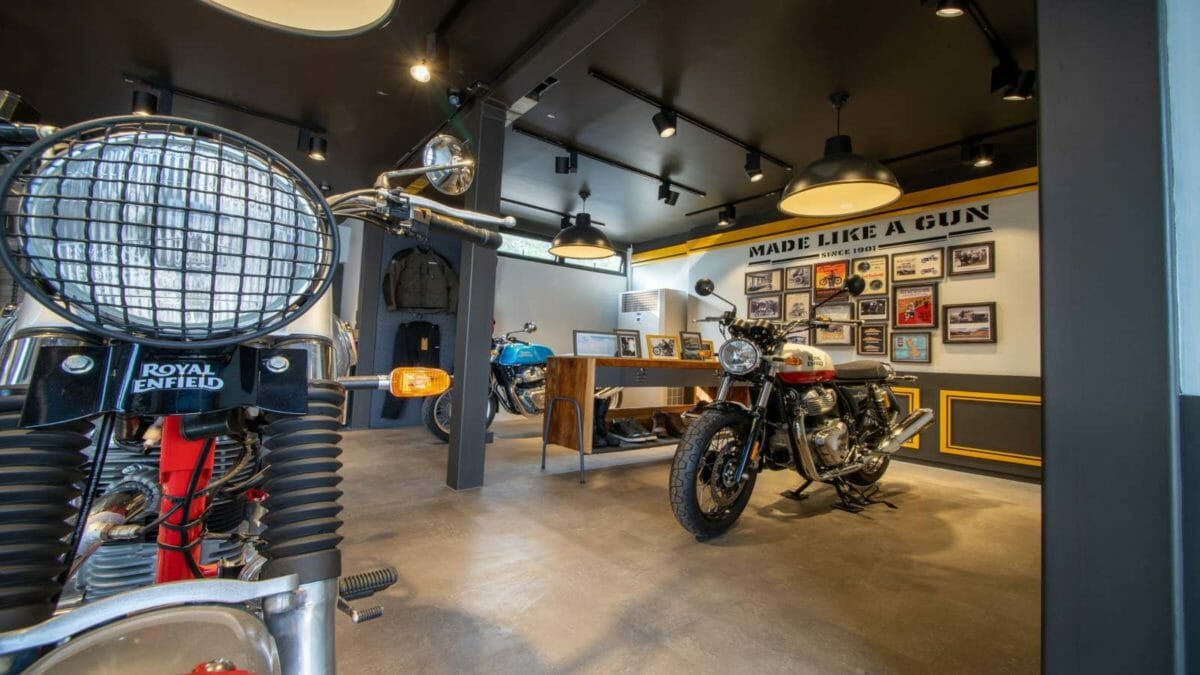 In another news, Royal Enfield issued a recall or as the company likes to call it, a precautionary service intervention, for three of its bikes. The recall affected three RE bikes, namely, Royal Enfield Interceptor 650, Royal Enfield Continental GT 650, and Royal Enfield Himalayan.

This recall was issued for customers from the U.K., the rest of Europe and Korean markets. The recall affected 15,200 units of the three models and addressed an issue with the corroding of the brake caliper. The corrosion was linked to specific countries as the roads in these countries used a certain combination of salts to prevent the formation of ice during winters. Long-term and sustained exposure to these roads is claimed to be the reason behind the corrosion.