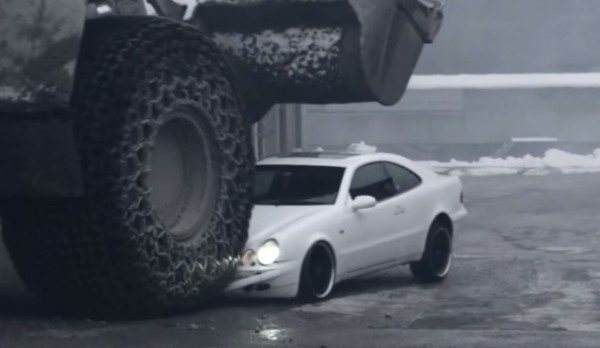 People with horrible bosses could take a drift from this gentleman. From the looks of it, our man of honor is a hard-hat, toiling through the day in challenging conditions, expecting all that he deserves to take away home. But as it turned out, his immense displeasure towards his boss manifested in the following spectacle.

Luckily, this guy had a massive excavator at his disposal, so he did the unthinkable- crush his boss’s Mercedes CLK Coupe under the enormous wheels of the excavator. Watch how the luxury coupe dies in an instant, after getting dragged for a while, when the giant wheels finally take over, leaving behind a barely recognizable, mangled wreck. We’re not sure if this is actually an original incident or staged, but the resent shows!