Home Features Debate: Can Hyundai Verna RB be the new king of its segment? 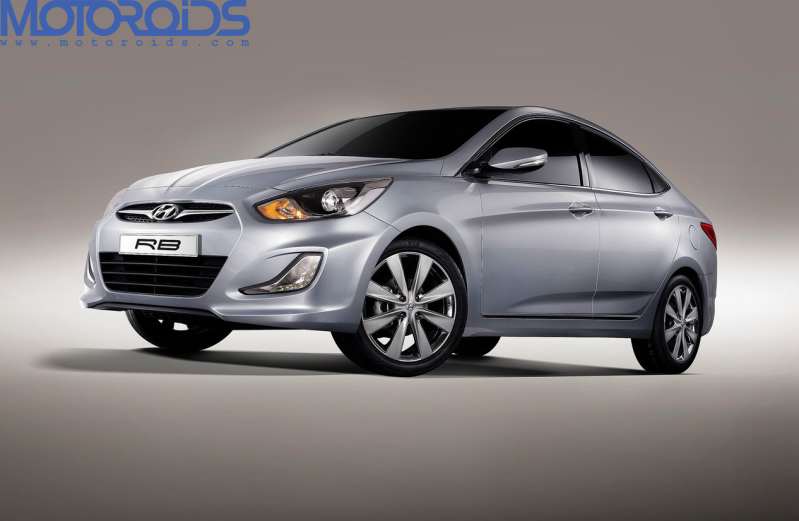 Till very recently, I believed that the C+ segment of the Indian car market (Rs 7 to 10 lakh) was devoid of good options. Come to think of it, only until about six months ago, we didn’t have a SINGLE genuine diesel option in that category. You’d probably like to point my attention towards the Fiesta Duratorq, but in all honesty, it didn’t quite look and feel like a 9 lakh rupee car to me. It looked small, didn’t have any great features, and the engine didn’t have enough spunk. Park it beside the City for a comparison and people would throw stones at you yelling ‘kill the bloody loon!’

The segment, apart from a strange absence of some genuinely modern, sizeable and good looking cars, lacked a good diesel option. Diesel option, which is the first checkbox almost 50 percent people want to tick when they’re buying a new car in that segment. So, without many options, it was quite easy for the Honda City to rule the segment, thanks to its futuristic styling, practicality, low maintenance costs and that Honda badge on its bonnet.

The Japanese brand had a royal time in the Indian market (yes, the City is feeling the heat now, finally) before the advent of the Vento, which gave the buyers more option with two engines – one diesel, one petrol. People looked at the car with curiosity, and gave it a good thought, before most of the prospects finally decided to take the safer route by opting for a Honda. Over the months, however, the Vento has managed to impress more people, and last month it was breathing close on the City’s shoulders in terms of sales.

Another fly in the ointment for Honda came in the form of the SX4 diesel. The SX4 was always a sturdy, handsome and practical car. The only reason why it didn’t sell as much as MSIL wanted it to, was because of its rather thirsty petrol engine, and again, the lack of a diesel option. With MSIL having corrected the flaw by introducing a VGIS version of the fabulous 1.3 DDiS engine, the sales of the car have suddenly caught fire. And it won’t take a George Bush to not understand who is getting affected by that the most.

But the party, as they say, has just begun. With Ford launching the Formidable Fiesta on the 14th of April, followed by the Verna RB’s launch in May (it should have launched in April had Hyundai managed to stay on schedule), this segment, which was hitherto ruled by the City, is going to turn into a frag match of sorts. Come June, the time by when the Verna RB would have been officially launched, with the booking numbers counted in, and we’ll have an Unreal Tournament going on in the segment. Prepare to witness some serious Japanese blood being drawn.

Now, the Fiesta, to start with is going to be a peach of a car. With its modern lines, influenced by Ford’s new Kinetic Design philosophy, the Fiesta will turn a lot of heads. And it would be as sporty at the heart, as it would be athletic to look at. The car is well known for its engaging drive, great ride quality and responsive engines in some of the more competitive markets. To have all the corners covered, the car will be offered with both diesel and petrol engine options – reasonably potent and efficient mills, both of them. One grouse could be the rear headroom, which may not be as much as some of the competition, but overall, it’s going to be a competent package, Ford have understood the importance of sensible pricing with the Figo, and I can bet my head on the fact that they are going to price the Fiesta very aggressively. One thing that may go against Ford in this segment is people’s perception about the re-sale value of cars with the Blue Oval badge. Ford cars are traditionally not known to retain their re-sale value much, and that’s a big deciding factor for people who buy in this segment. The Figo is doing its bit to change that view, but it’s going to take some time before that perception is totally altered.

And that is why the new Verna is such a dangerous contender. Hyundai cars have an impeccable reliability and re-sale reputation in India. They are perceived to be fuel efficient and represent great value. Now with their newfound ‘Fluidic Sculpture’ design direction, they are increasingly perceived as stylish and up-market too. To top it up, their modern Kappa and Gamma range of engines offer a level of refinement and efficiency which is being envied by their European, and hold your breath, even Japanese counterparts.

The Verna RB is visually a good, if not great looking car. It looks modern, and shouldn’t turn a buyer looking at it with interest away. But its trump card is hidden under its bonnet. With a choice of four modern petrol and diesel engines, the new Verna is going to spoil the customer rotten which choice. All four engines are capable, efficient and sufficiently powerful, with the top of the line 1.6 CRDi being the class topper in terms of output. Add and subtract some features, and Hyundai will have a product which will span across the Rs 7 to Rs 10 lakh range, and offer a choice to almost everyone interested in the segment.

The new Hyundai is all set to shake the segment up, and we really believe it will. We’ve put forward our arguments, but do let us know if you think otherwise, or even if you concur with us – we would love to hear from you.