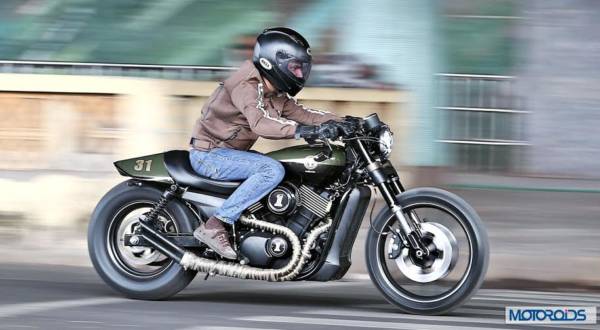 Hot on the heels of the Cafe Racer built by Rajputana Customs, here comes another one built on the same Harley Davidson Street platform. This time, its by Mumbai based Motomiu Customs. To start off, the distinct change of stance can be attributed to the revised ground clearance, which has been increased by 19.05mm and the rake angle, which has been reduced by 3 degrees to improve handling and maneuverability. 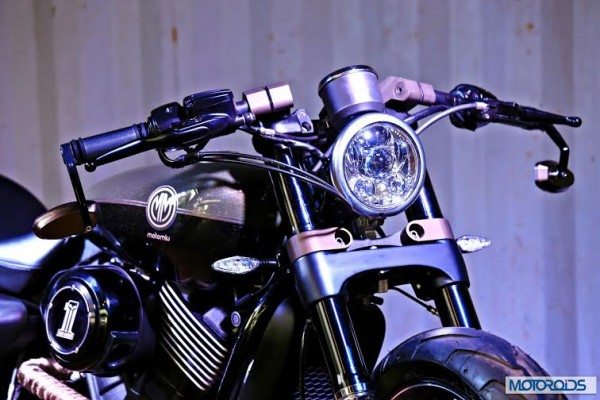 Up front, there’s a 19 inch front wheel, coupled with a set of sexy Showa front forks and dual disk brakes. The front mud guard has been given a miss, while at the back, there’s a fatter, high profile rear tire. To bring back the old world charm, there’s an all aluminium custom made slip on exhaust with period heat wraps on the bend pipes. 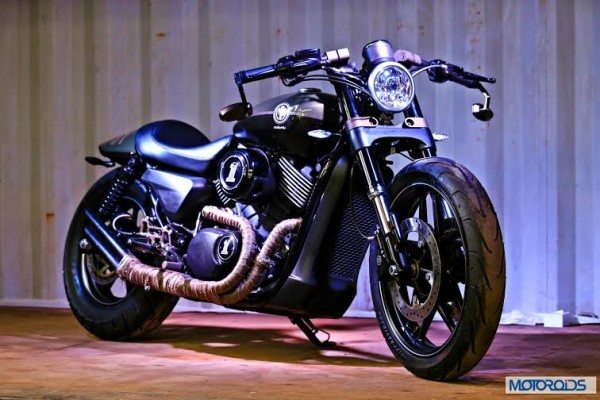 Other custom elements include four way adjustable clip on handle bars bearing inverted wing mirrors, a fork brace with headlight mount, and fully adjustable rear sets- all manufactured in house from T6 Aluminium billets. The round headlamp is an all-LED affair and looks the part. 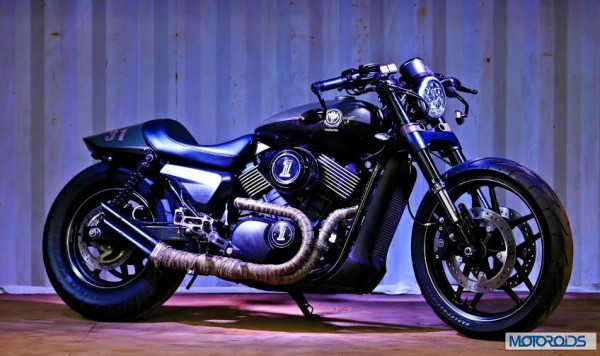 The bike also has a tasty, custom paint job, a custom made tail end with single seat set up, while 20 Kgs of weight has been shaved off from the existing motorcycle which increases the power output by approximately 22bhp/tonne.