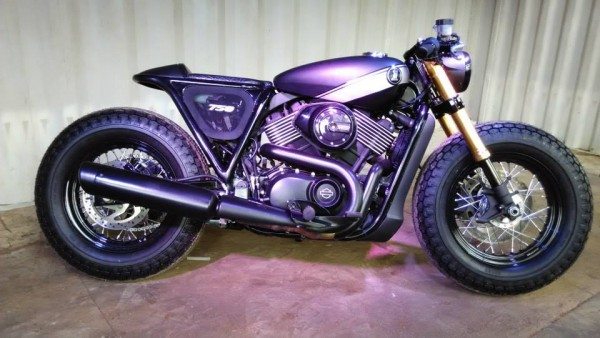 Noted custom motorcycle outfit from Japiur, Rajputana Customs set to build an one-off custom based on the Harley Davisdon about a month back. Well, now their work is over and Harley Davidson India shared a few images of the finished Brat Café Racer or ‘Makku’, as Rajputana would like to call it. Also, in doing so, Rajputana Customs become the first ever Indian custom shop to customize the Harley-Davidson Street 750. This Rajputana Street 750 was on display at the recently concluded Harley Rock Riders – Season V on November 15-16, 2014 in Mumbai. 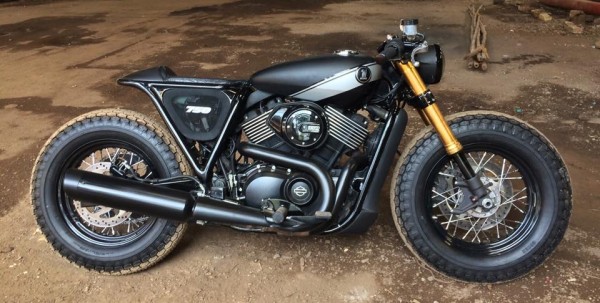 The original bike hasn’t been assaulted much, with the frame undergoing minimum structural changes, and most of the modifications being bolt-on bits- as stated by Vijay Singh in our interview. The theme is one of a  “bratty cafe racer with a minimalist aesthetic approach”, with chunky tires, USD front forks, and a new simplistic, stand-alone round head-lamp. The original tank has been retained, but has been re-painted in matte, with a single white stripe running diagonally across it bearing the H-D logo. The rear section and seat has been completely done away with, while the battery housing area is now shrouded with a mesh portion carrying the 750 name. The new single seat is another nod to the minimal aesthetic approach. 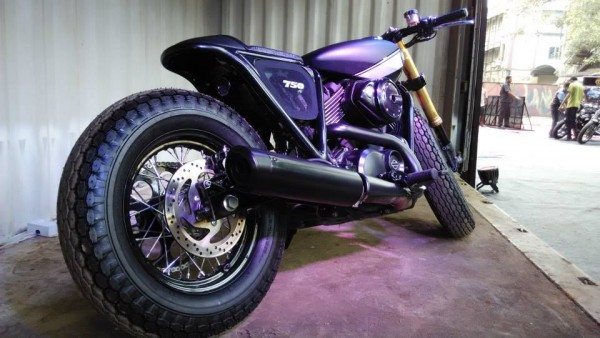 Let us know your thoughts on the Rajputana Customs Harley Davidson 750. Head to the gallery below for a few more images of the same.