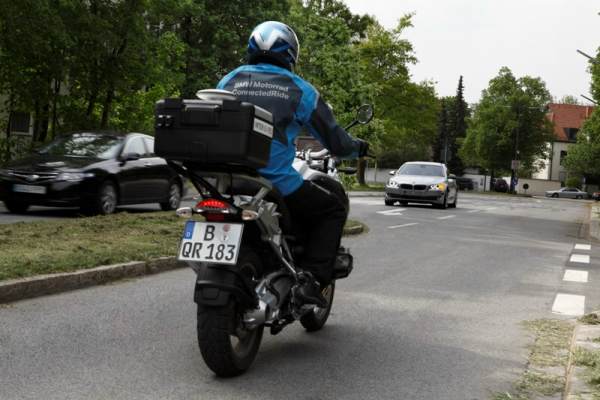 BMW’s Left Turn Assistant technology is essentially a technology meant to avoid accidents while taking a left hand turn which usually involves crossing the other side of road with oncoming traffic (in LHD countries that is). In a country like India or UK where we have RHD, the technology would probably be called Right Turn Assistance.

The Left Turn Assistant is currently being tested on the BMW 5-series test car. The system registers oncoming traffic if you are turning left, and on registering a vehicle in proximity, applies brakes at speeds of up to 10km/h.

As a part of the system, the vehicle’s position is fixed within a few meters of intersections where the driver wants to take a left turn with help of GPS. A camera then reads the lane markings borders on the road. After this, three laser scanners in the front end of the car map the area up to 100 metres in front of the car. The laser scanners pick up not only cars and trucks, but also motorcycles.

If the sensors detect vehicles approaching from the opposite direction but the car continues to move into the intersection, the left turn assistant activates an automatic braking input in a low speed range up to 10 km/h to prevent a collision. At the same time, a warning sound and relevant warning symbols in the instrument cluster and Head-Up Display advise the driver of the reason for the intervention.

This automated action is triggered deliberately without a prior warning stage, as a rapid response is vital in this situation to prevent the car from moving into the intersection and presenting an obstacle to oncoming traffic.

The possibilities of vehicle-to-vehicle communication enhance the functionality of the left turn assistant. In addition to the laser scanners and camera, the BMW 5 Series Saloon can also be fitted with a WLAN car-to-x communication unit. This device not only increases the range of the vehicle recognition function to 250 metres, it also allows the system to detect the presence of concealed road users who also have the technology on board.

A second testing scenario with the left turn assistant shows the additional potential of equipping vehicles with this kind of interface. Here, the research car approaches a motorcycle fitted with car-to-x communication technology. The BMW Motorrad test bike is currently a BMW R 1200 GS. Again, the data provided by camera-aided image recognition and laser scanners allows the system to register the lane markings, the left-turn arrow and the distance to the centre line and stop lines (if these are present). When the driver activates one of the turn signal indicators, the car detects that the driver wants to turn off to the left and the assistance system is activated.