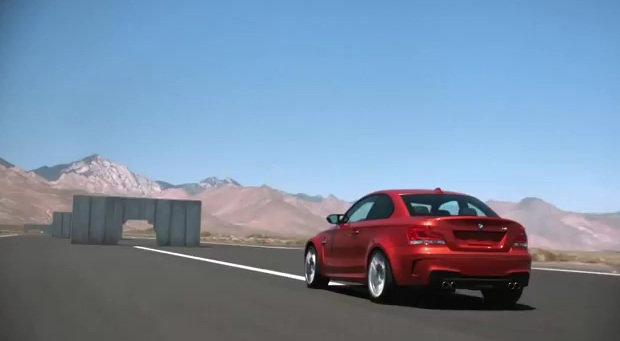 Amazing handling traits plus some real driving skills get the BMW 1M Coupe running through walls. Some say its a Computer Graphic Wall. Well whatever it is nothing can negate the performance of this mean machine.

Talking about the 1M Coupe, it is powered by a twin turbo 3.0 liter inline six cylinder petrol engine with 340PS of power and 500Nm of torque. The engine is mated with a six speed manual gearbox which allows the car to do the 0 – 100km/h sprint in less than 4.9 seconds. The car also sports DSC (Dynamic Stability Control), Antilock Brakes (ABS), anti-slip control (ASC), Dynamic Brake Control (DBC), and Cornering Brake Control (CBC). When all else fails, the high performance braking system calls on internally-ventilated cast iron discs – that measure 360mm front / 350mm rear – to bring the action to a halt.