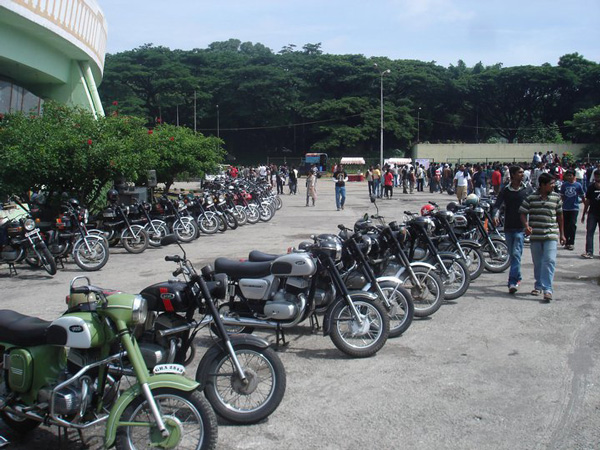 The event started off with the categorical display of various classic Yezdi and Jawa bikes. Followed by this was the felicitation ceremony dedicated to all the Jawa and Yezdi mechanics who spent quality time and skill on these classic bikes. The event was finally flagged off by ace rallyist RH Vikram after which the bikers rode to the Channapatna Café Coffee Day for lunch.

Amrit, Lokesh, Brian and Sam were the four bike enthusiasts who founded the Bangalore wing of the Jawa Yezdi Motorcycle Club popularly known as BJYMC. The club proved to be a platform through which these enthusiastic Jawa and Yezdi owners would meet up exchange notes. The first meet took place in the year 2008 and was a massive success then itself with over 120 bikers taking part as compared to the expected 60. This was repeated a year later in 2009, but this time there were about 350 bikes.

“It is sheer passion and love for these bikes that has made this annual event such a huge success”, said Brian Ammanna, one of the founders of the club. “When we started we never hoped to discover so many like-mined enthusiasts. But the scale of the event only goes to show the popularity these bikes enjoy to this day. Which is why our club motto is ‘Forever Bike, Forever Bikers,” said Lokesh JM, another co-founder.